Last night, hubby and I decided to check out the Boulder Farmer’s Market. We went to the Longmont Farmer’s market this past weekend, so I wanted to see how the two compared. There was a pretty good selection of fruits, veggies, and flowers, as well as meat and other items, however, it’s definitely expensive. Granted pretty much all of the produce is organic (which is awesome) it’s just a little bit shocking when a little pint of beans is like $6 vs the $1 they’d be in South Carolina. But I know I’ll definitely be going back to this Farmer’s Market since they hold it midweek as well as on the weekends aka perfect for weekends when we go out of town. I’m still trying to work on my photography skills, so here are a few snaps from last night… 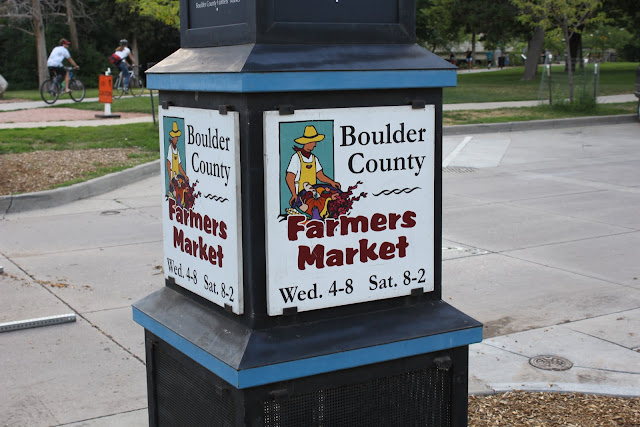 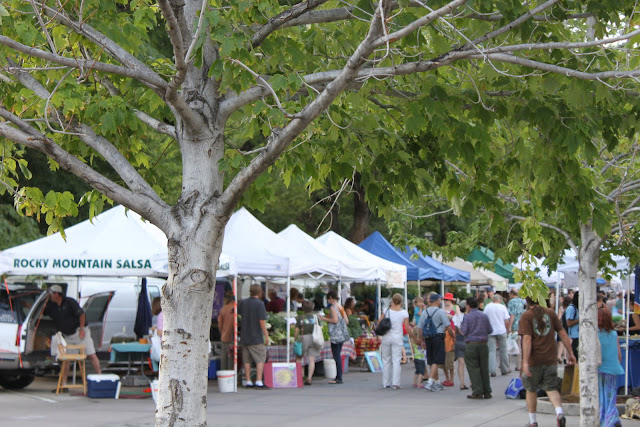 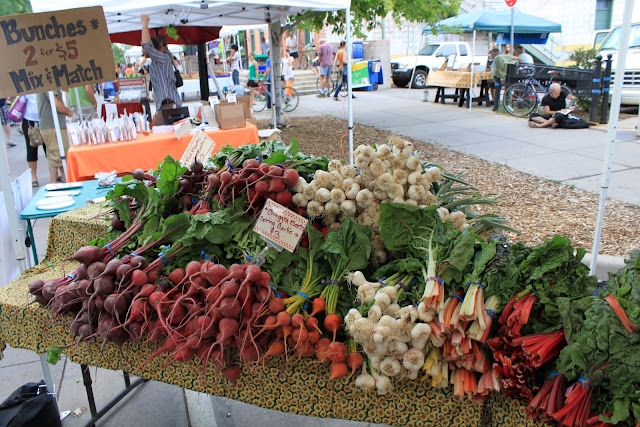 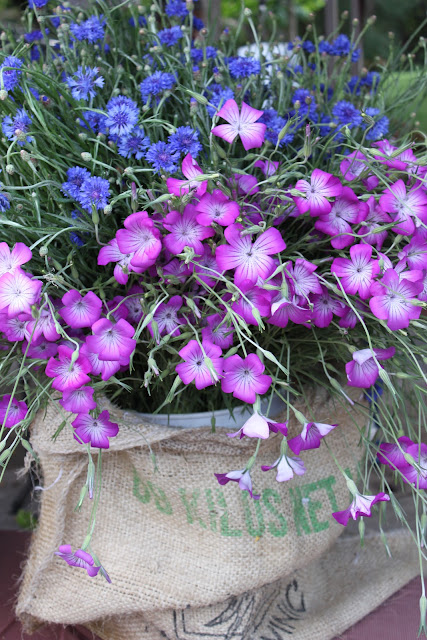 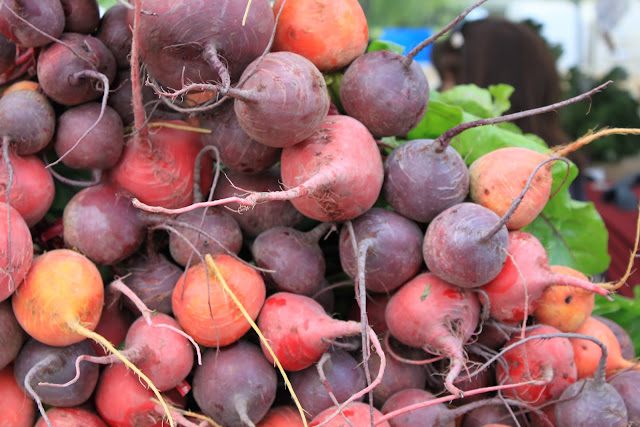 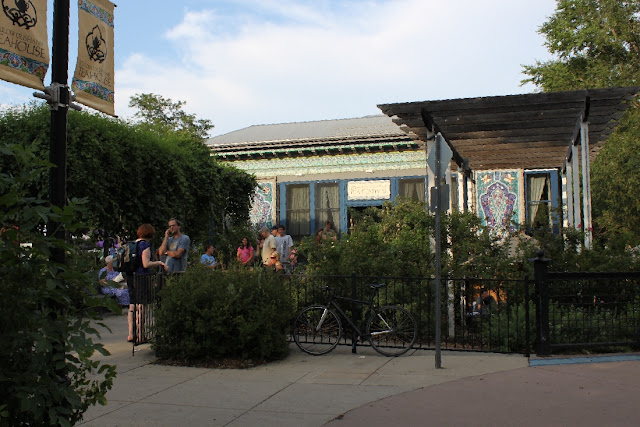 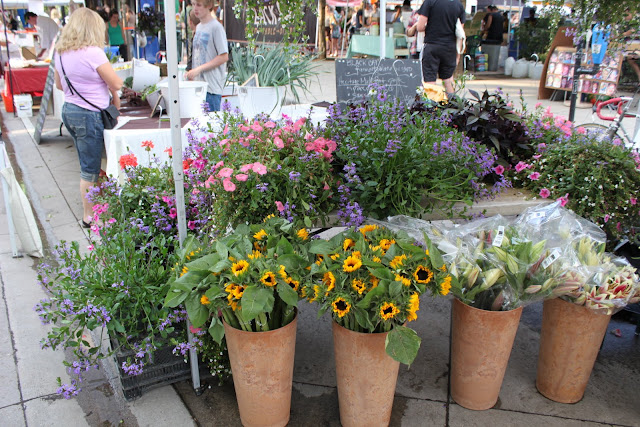 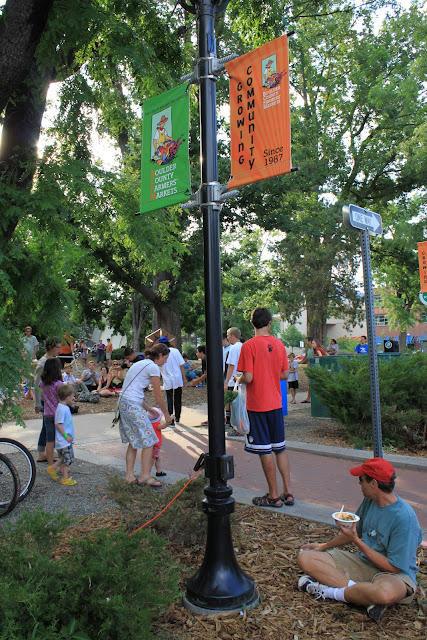 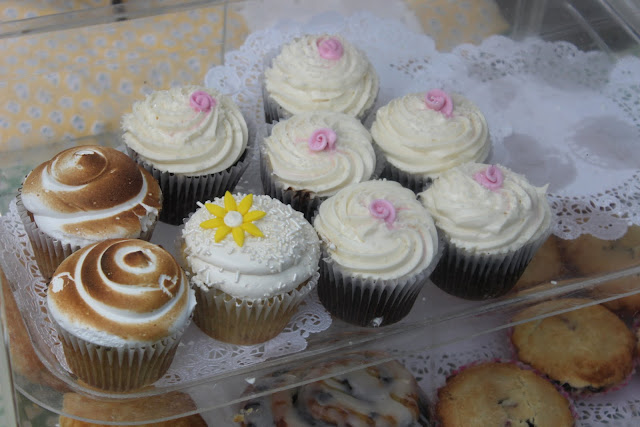 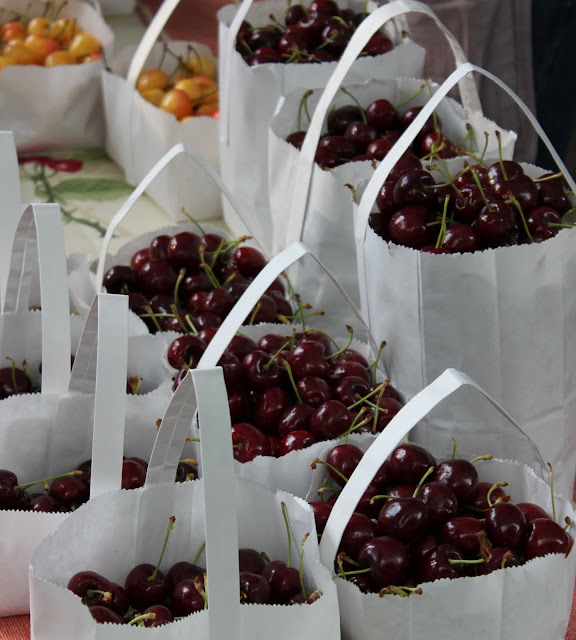 Another nice thing about this Farmer’s Market was they had a good selection of food tents, so Cam and I were able to get a really yummy dinner in between browsing. It’s also cool that it’s no waste, meaning there are no garbage cans anywhere, only compost bins and recycling bins, so everything has to be served in cups/dishes/etc. that fall into those two categories. Definitely no styrofoam here. 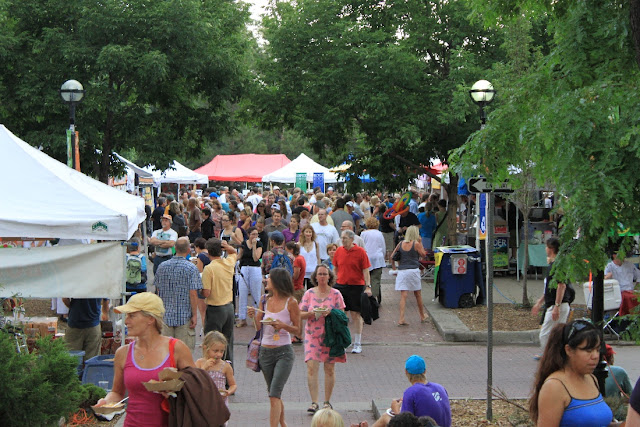 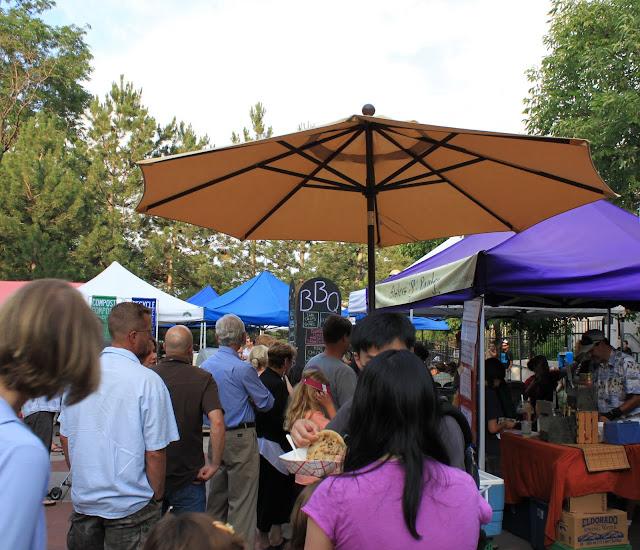 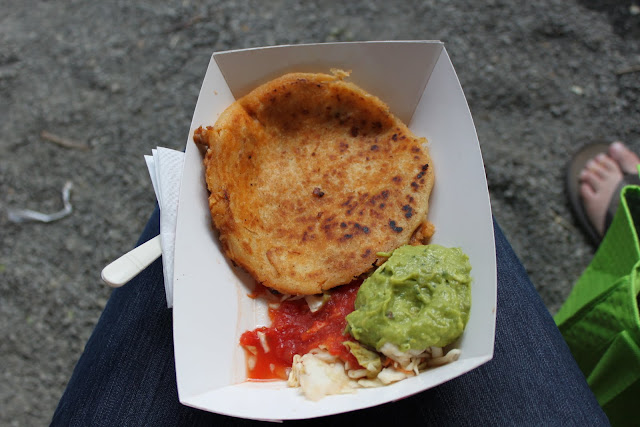 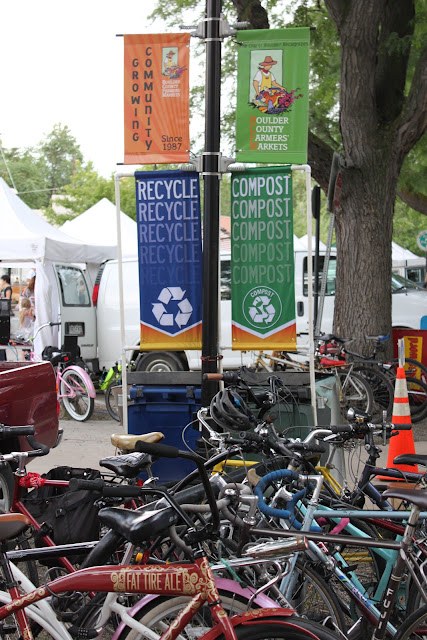 Also, the people watching was fantastic. I seriously wish I could take pictures of random people, but since that would be creepy I’ll just have to paint a picture with words. Boulder could not be more culturally different than Greenville, and since I feel that I am the Midwestern outsider to both places, I am just giving my objective POV. In downtown Greenville, I’d say that a good 75% of the guys (and I’m talking little boys all the way up to old men) would be wearing polos. Last night, I think I saw maybe two guys in a polo shirt the whole night? And the way women dress is way different as well; in Greenville, you’d see a lot of women in colorful sun dresses who looked like the took some time to get ready (as in brush their hair, put on mascara, etc.) before they left the house, where as here, every girls’ look seems to be either uber-natural in some kind of flowy yoga outfit or very hipster grungy with combat boots, mohawk, and red lipstick…or sometimes it’s a combination of these two looks. Granted I’m being completely sterotypical, but hey, it’s my blog, so I’m just calling it as I sees it. Also, I would sometimes get annoyed at how people in the South would all mill around and move kind of slow at public events. But I feel like people do the exact same thing here, except it’s more like I just got done with a meditation session/smoked a bunch of medicinal marijuana and now I’m so blissed out that I’m just going to wander around in no particular hurry because I’m so at peace.

Get out of my way flower children, I’ve got some organic produce to buy. 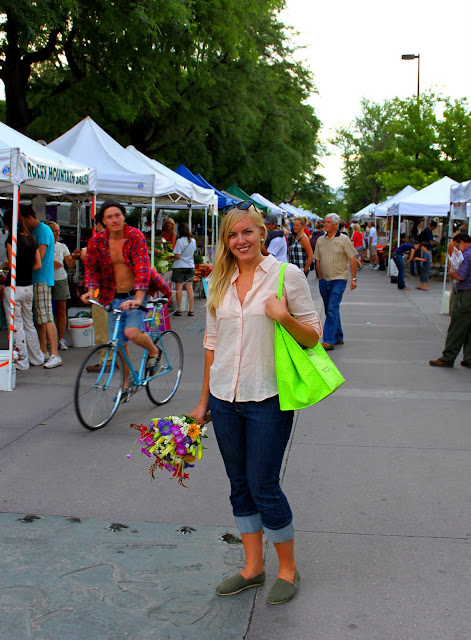