Happy Thursday everyone! I’ve got a few random things to talk about (but they all tie together with the alliterated post title right?) but before I dive into that, make sure you check out my guest post today over at Sweet Tea Serendipity! I know I mentioned it last week, but be sure to take a look because it features two super delicious Nutella recipes that you do not want to miss! 🙂

On to today’s topics, with the first being the most important…food! Earlier this week, I was browsing foodgawker (standard) and I happened to stumble across this recipe. It sounded extremely intriguing as I adore blueberries, cinnamon, and goat cheese, and I decided it would be the perfect afternoon snack. Now I was fresh out of baguettes and since this isn’t Paris where I can just stroll to the nearest boulangerie, I decided to use the Ezekiel bread on hand. (Plus it made my snack a little bit more nutritious!)

The recipe calls for enough stuff to make a larger quantity, so I basically just used the ingredients/proportions as a guideline, and pretty much just eyeballed it and adjusted until the goat cheese mixture tasted good. (Which in my case was a little more honey, a little less nutmeg) Spread your sweet cinnamon goat cheese on your toast, top with the blueberries, and BAM! The perfect snack. 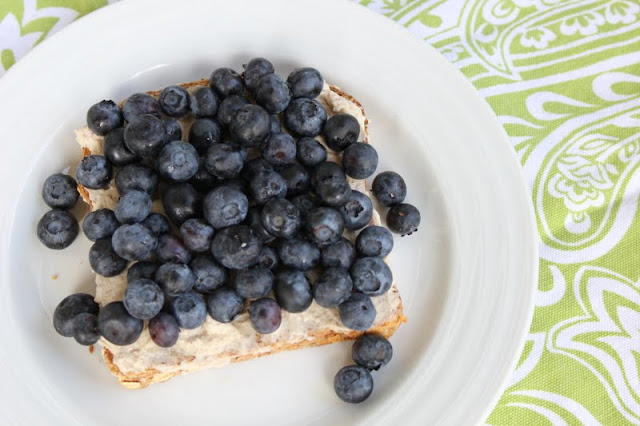 What I love about it is that it’s so perfect for August aka that time of year when you’re trying to soak up every last drop of the summer but there’s a feeling that fall is right around the corner. (My Southern ladies are probably thinking umm no, it’s still 100 degrees out, but here in Colorado it’s definitely starting to get a little cooler at night!) I love the combination the fresh flavors of summer you get in the sweetness of the blueberries and the tang of the goat cheese with the warmth of nutmeg and cinnamon. It’s the perfect snack for when you’re just hanging out and lounging around…like this:

And don’t worry, we’ve fully come to terms with the fact that our puppy literally looks like an 100 year old man sometimes. It’s cool. Moving right along, the other night Cam and I went up to Borders to check out their big store closing sale. 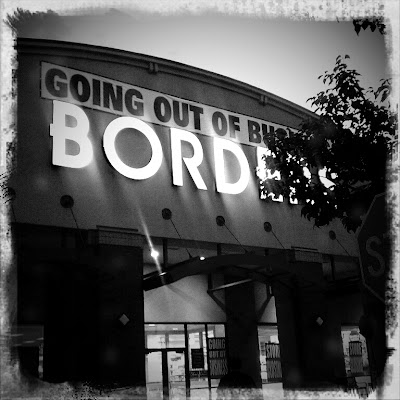 It’s definitely sad for me to see Borders closing up it’s doors because it’s a business that was started and headquarted in Ann Arbor, MI. (Actually the headquarters was right across the street from where I used to work) I have fond memories of sitting and reading in the Borders on State St and Liberty in Ann Arbor, and I know that it’s something that will truly be missed by the community there. 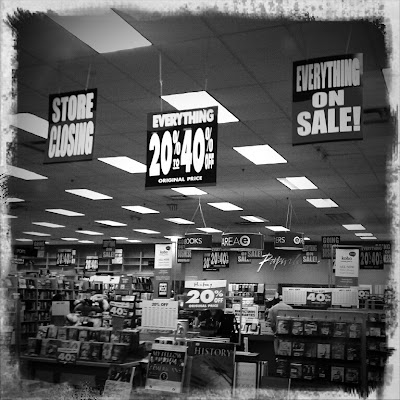 As for the sale, most of the stuff was 20% off, so not super deeply discounted yet. I’ll definitely be checking back over the next few weeks though and hopefully I can snag a few new travel or cookbooks!

And speaking of books, I am way overdue for a book review! I recently finished the book “The 4-Hour Workweek” by Tim Ferriss, and for whatever reason, this book took me FOREVER to read. Like way way longer than it should have. I had heard some good things about the book from friends and I was intrigued by the premise, so I downloaded it on my Kindle before we moved to Colorado. The thing with any self-help type book (whether it be focused on money, nutrition, fitness, or just life in general) is that they always make some really good points and you can usually pull some helpful nuggets of information from them, however, most of the time, those points could have been summed up in about 15 pages. That means the rest of the book is either just repetitive, taking tangents too far, or is just a bunch of fluff, and I felt that T4WW definitely fit this mold. I actually started out really not liking the book because I felt like the author had kind of a cocky tone, which rubbed me the wrong way. However, I did feel that he had some good ideas and there are definitely things about the book that are extremely motivating. Basically, his premise is that the majority of people in America work really hard for 40 years with the idea that they’re going to retire and do all these different things and travel and experience life. His point is that why put your life on hold for all that time when you can redesign your lifestyle so you can start enjoying your life now instead of wasting away in a cubicle? He talks about different ways you can structure your career so that you have the time and freedom to travel and do things now and stop putting off all those experiences for the future, which I think that’s a really good point. He talks a lot about the idea that people have the misconception that they need to work and save up millions before they can travel or do certain things, but his point is that it’s not really the money, but it’s more having that time and freedom and once you have that, you can do a lot of really crazy cool things for much less than people think. So I will admit, I did like a lot of the things he talked about and it really makes you kind of re-examine your priorities and think about things in a new way. However, just like any self-help book, I do think that he oversimplifies a lot of things he talks about, such as how easy it is to set up an online business or work remotely, as well as underestimating some of the costs of foreign travel. Another big issue he repeats over and over in the book is to do everything possible to free up your time, and he discusses everything from cutting conversations short with coworkers to outsourcing any task you have, big to small, to a Virtual Assistant firm in India. So one of my main issues with the book was that I felt like he spends so much effort trying to free up all his time, but for what? When you finally succeed in having all this extra time you don’t have good relationships and people to share it with? He also talks a lot about taking all these mini-retirements throughout your life instead of just waiting until the end of your life (which I think is a good idea), but he talks about going to China for 6 months, and then going to South America for awhile, and then going to Europe for a year, and I feel like he kind almost takes the tone that people who don’t do things like this are basically cowards who are too afraid to do anything other than what’s conventional. Now, don’t get me wrong, I love travel as much (probably much more) than the next person, but as I was reading the book, I kind of felt like hey buddy, the reason that not everyone just picks up and leaves for a foreign country for months on end is not because they are scared but because they might actually like their life here in the US, and oh I don’t know, actually want to spend time with their family? Throughout the book, he just talks about taking all these trips, which yeah, that’s awesome, but at the same time his life just seemed very empty and his reasonings all seemed kind of selfish and that irked me. At the end of the book he did redeem himself a little bit because he addressed some of these points and talked about the importance of service and continual learning which I thought was good, but I felt like his logic was a little scattered. So all in all, I’d definitely recommend the book because it is very thought-provoking, however, you just have to be wise enough to pull out the things that are applicable to your life and leave the rest.

Whew, that was a long post…but you know me, I tend to ramble! But get excited for tomorrow because I’ve got a special themed week of dinners that I’m pumped share with all of you…see ya then! 🙂