Howdy everyone, the weekend is upon us! I am SO excited because later today, Cam, Lola, and I are headed West into the mountains for a weekend of camping, woo! I love camping and I’m looking forward to doing some hiking, swimming, reading, and relaxing by the campfire making s’mores. But before I take off into the wilderness, I wanted to share the menu this week at our house because it was chock full of some yummy recipes.

Now for normal people who actually have cable TV, this week was Shark Week. Here at our house, sans cable television, I have to come up with other ways to entertain the hubby and myself…and I’m pretty sure that my themed meal plans really only entertain me, but Cam still gets some delicious dinners out of it, so it’s all good. This week’s themed menu? HERB WEEK! Fresh herbs are a really great way to add flavor to meals with out adding fat or sodium, and they can really make a recipe shine when used correctly.Since we have an abundance of fresh herbs growing on our deck I figured we might as well put them to good use, so I selected a group of dishes that allowed each herb to take center stage.  Here’s what we ate: 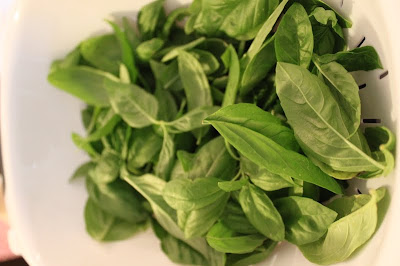 I used my pesto recipe from last summer, only I felt like a really stepped it up a notch by growing the basil myself. (Ok, so I didn’t technically grow the basil myself, but I have kept the plant alive since purchasing it at the farmer’s market a month ago, so I feel like that’s somewhat of an accomplishment!) I really love this pesto recipe, and I used the same technique as last year and froze the leftover in ice cube trays for future use. I served the pesto by tossing it with some garlic basil noodles from the farmer’s market, which really enhanced the pesto flavor. Yesterday, the kitchn had an article about what herb would you take to a desert island, and for me it would definitely be basil. It’s so fragrant and delicious and pesto just really expresses the fullness of the basil’s flavor. 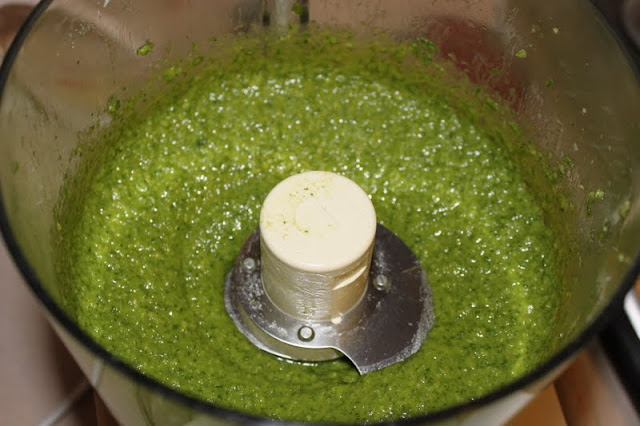 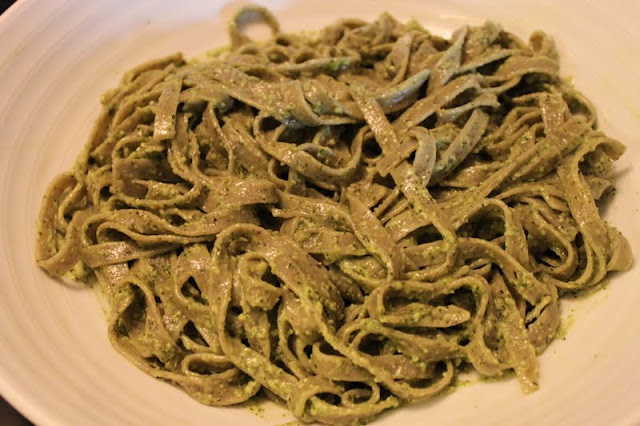 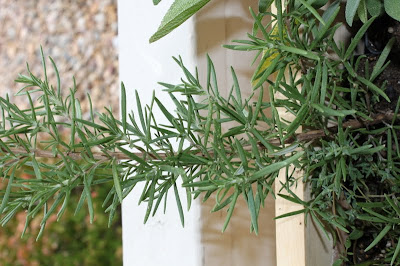 This dinner is one that I’ve blogged about before, but it’s a favorite recipe that I return to again and again. The combination of flavors is just fantastic, and it’s fairly simple to make. If you’re looking for a way to spice up chicken, you have to try this recipe out. (And I have to admit, Cam actually made this dinner from start to finish–such a good cook he is!) 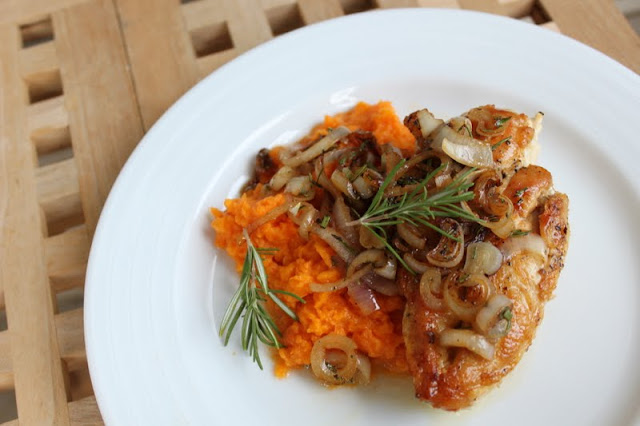 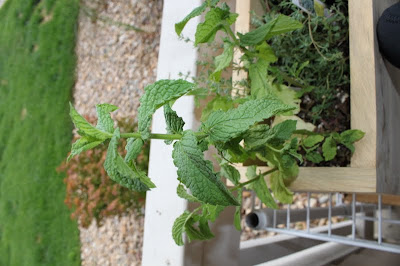 Mint is a very strong flavor that I’m still learning how to incorporate into savory dishes. I used the mint not in the salmon, but in the salad that I served as a side dish. I saw a similar salad over at PBF the other day and thought that it looked really delicious. When I googled the recipe, sure enough I saw that it was my girl Ina’s recipe, so I knew I had to make it. The salad combines the flavors of arugula, mint, feta, and watermelon, and the Barefoot Contessa makes it seem really delicious in the video demonstration:

However, as much as I wanted to love this salad, I really didn’t. I just felt like there were too many flavors and textures going on, and I found the mint to be a little overpowering. Now, maybe if I went back and just used less mint I might like it better, but yeah, I just didn’t really care for it like I thought I would. (Cam really liked it though, weird) Also, I used this recipe for the salmon, but I swapped out the agave nectar for honey just because I thought that would taste better. The fish was good, but since it was slightly sweet, the combination of it with the mint salad was just a little too much for me. I like my dinners to be savory, so I don’t think I’ll be serving this combo again, at least not together. 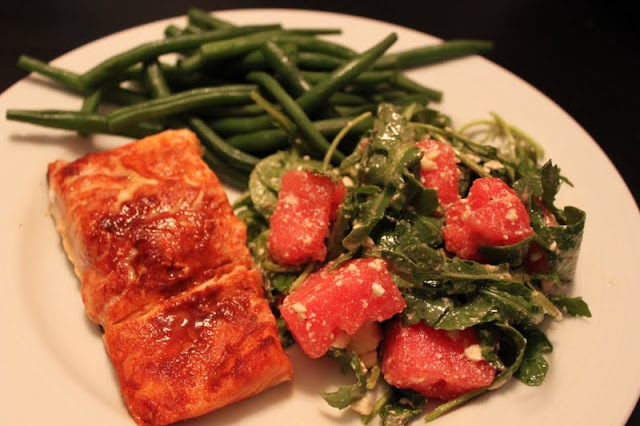 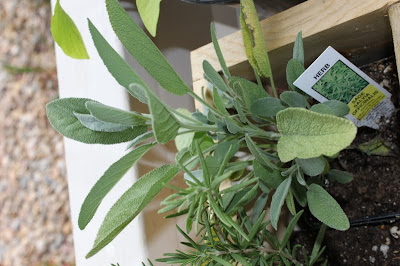 Herb: Sage and Thyme (had to squeeze in two since we’re leaving for camping)
Dish: Quinoa with peas and pecorino, white beans with sage, and sweet corn 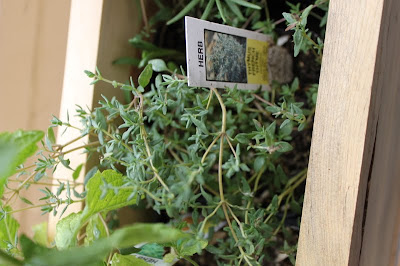 Oftentimes in the summer, I like to eat meatless meals, and fortunately Cam doesn’t seem to mind it and will eat the plates of veggies that I put in front of him. I love to serve nutritious quinoa whenever I can, but I’m always looking for new ways to spice it up a little. I found this recipe on Allrecipes, and thought that the addition of pecorino cheese and peas (my favorite veggie) would be delicious…and sure enough it was! The addition of fresh thyme to this dish gave it a really nice warmth, and I’m definitely going to be making it again. The white beans were a recipe that I got from the NYTimes about two years ago, and it’s basically an extremely simple salad that works well as a side dish. The combination of the citrus vinaigrette with the sage is really nice, and it’s something that’s really easy to prepare. 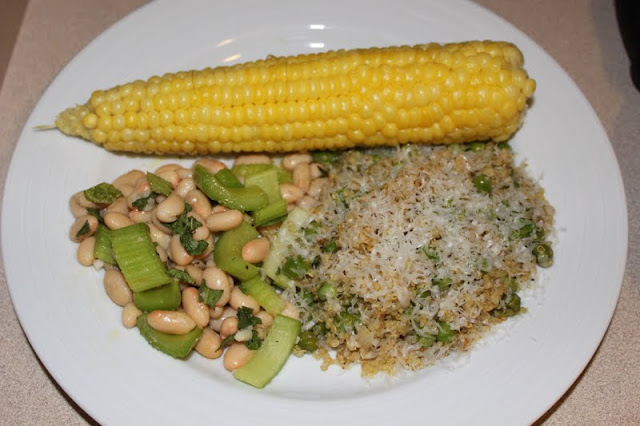 And finally, last but not least, I have to tell you about the most delicious dessert that I made this week. Hello Blackberry Clafoutis. After seeing this recipe on foodgawker, I was really eager to give it a try because I love making desserts in my mini cast iron skillet. This recipe is extremely simple to prepare, and it’s pretty much amazing. Seriously, it’s really good, and it came out perfectly on the first try and it seems really fancy for being so easy, so it would be a perfect thing to make for company (plus it has a really fancy French name, so that makes it extra impressive). All you do is take your berry of choice (I used blackberries, and then made a mini blueberry one with the extra I had leftover), mix up the custard, pour it over the berries, and bake. Now in the picture, you can see the berries from the top, but I couldn’t when I pulled mine out of the oven. I think that’s because I may have overfilled my skillet a bit, and had I used less the berries would have been visible. However, once you cut into this bad boy, there are tons of delicious berries (I thought the blackberries were great in this) that pair so well with the baked custard (sort of like a combination of cake and creme brulee?). I topped ours with powdered sugar, but it would also be great with homemade whipped cream or ice cream. 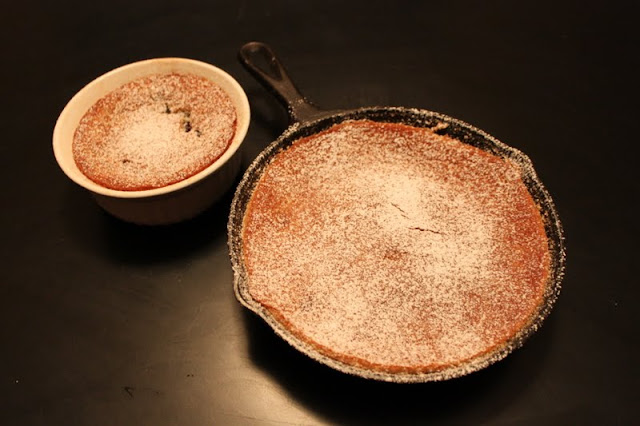 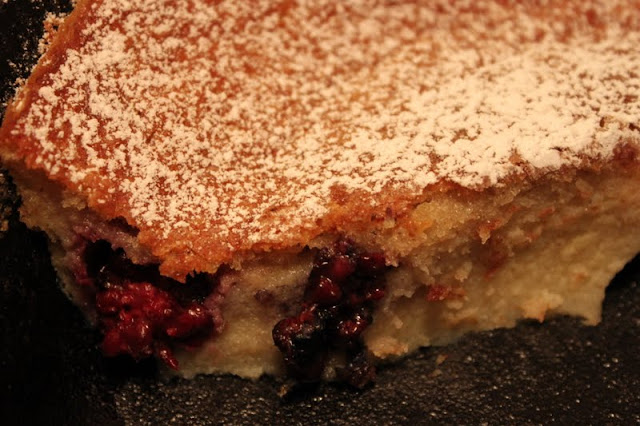 Well that’s all the recipes for now, but there will be more to come next week I’m sure! I hope that everyone has a lovely weekend 🙂

Ps: Is it normal for two people to have eight kinds of cheese in the refrigerator?! I counted when I was making one of my recipes this week and it seems a little excessive…but I’m fine with it. (Also, yes I do consider “string” to be it’s own type of cheese…) 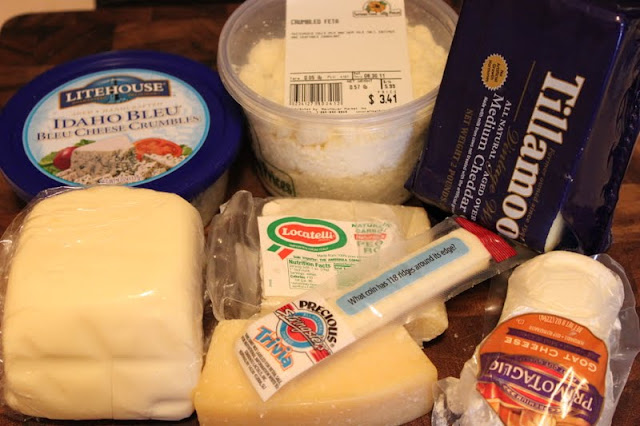