Happy Monday everyone! Hope y’all had a fabulous weekend 🙂 I’m currently at the airport in Michigan getting ready to head back to Colorado. Cam and I flew in for the weekend to spend time with my family and go to a Michigan football game (another win for Big Blue, yay!) and we had a GREAT weekend. I’ll definitely have photos to share later this week, but before I do that I wanted to get around to putting up a post about something that we did LAST weekend…(because I meant to put it up Friday, but ran out of time!)

Last Sunday, Cam and I attended an event in Fort Collins, CO called The Sustainable Living Fair. I wasn’t quite sure what to expect, but it ended up being fairly interesting and inspiring. For those of you new to my blog, part of the reason that I named it what I did was because in addition to chronicling my baking, traveling, shopping, etc., I also wanted to try to attempt to live a more eco-friendly lifestyle. When Cam and I first got married, this was actually an issue that caused a surprising amount of friction between us. He’s from Oregon and wanted everything we bought/did to be as environmentally responsible as possible…and it’s not that I don’t, it’s just that I’m from the Midwest and a lot of it was just a new way of thinking to me so I responded with resentment and we had a lot of squabbles over little household issues. But I decided that rather than just fight everything he was proposing, I should try to educate myself a little bit more and embrace some of these green ways, and I was hoping to use this blog to help document that journey. 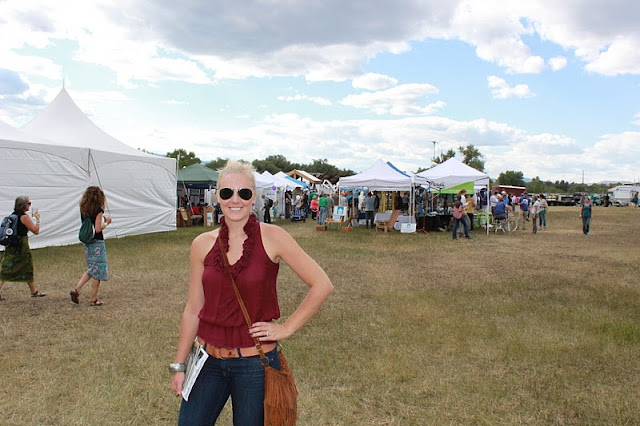 Cut to now–we live in Colorado where EVERYONE is super eco-conscious, and I’ve become much more aware of how many more sustainable choices are available if you’re willing to look. However, the blog is definitely a lot more “Pink” than “Green” as I rarely talk about these issues as baking, shopping, and beauty products tend to be more at the front of my mind. However, I decided that today would be the perfect time to touch on it, and it’s a topic I’m hoping to talk about more frequently in the weeks to come. 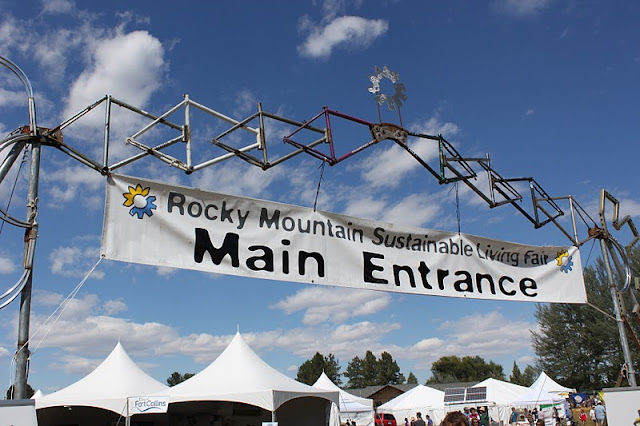 So back to the Sustainable Living Fair…this sign basically sums up what the event was about: 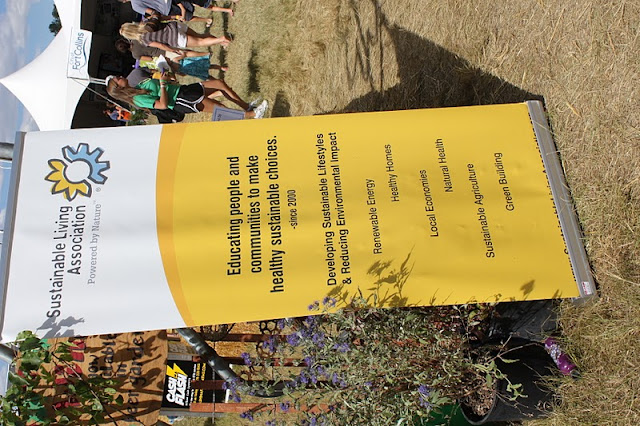 There were a lot of different vendor booths that centered around these topics, so everything from solar panel manufacturers to wildlife refuges to yoga studios. It was very interesting to walk around and see all of the different companies and organizations that are truly interested in putting this idea of sustainability into practice. A picture is worth a thousand words, so here’s a better idea of what the event was like: 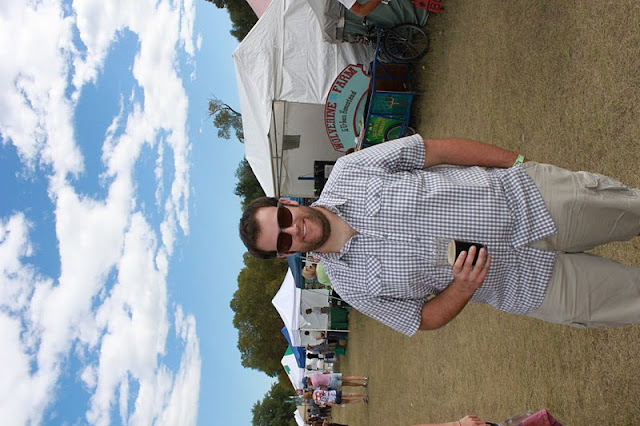 ﻿In addition to the booths at the fair, they had a different speakers and performances going on as well. We were able to hear Shannon Hayes, one of the keynote speakers, give her speech and it was actually very interesting. While I don’t really know a ton about her (so I can’t claim to endorse all her views), I really enjoyed the speech that she gave and agreed with a lot of what she had to say. Apparently she has written a book called Radical Homemakers, so a lot of her talk centered around what that idea means. She discussed how the Industrial Revolution really put this separation between “producers” and “consumers” and created this idea that the physical work of producing something was better off abandoned in favor of an office job where you can get a paycheck and buy things made by someone else. She talked about our rich history of domesticity in the United States where the home was not simply a woman’s domain, but rather a sphere men and women contributed together producing things their family needed. She said that’s really the reason that the American Revolution and how when colonists didn’t need British goods to survive anymore they were able to declare their independence. She talked about how the Founding Fathers, while great thinkers and statesmen, could produce something whether they were silversmiths, farmers, or whatever, they all had hands on skills in addition to developed minds. She kind of led up to the fact that one reason everyone is so freaked out about the economy and jobs right now is that the majority of people in our generation really need their paychecks to survive because they don’t have any idea how to grow food, raise animals, or possess any other types of survival skills. I realize this sounds a little extreme, but she really wasn’t a total nut, and a lot of what she said made good sense. She expressed that she understands that it doesn’t make sense for everyone to quit their job and farm (nor would that be a good idea), she was just trying to explain some of the great benefits that can be gained from freeing ourselves from the stress of an overly consumerist culture. Food for thought. Here are some of the photos from her talk: 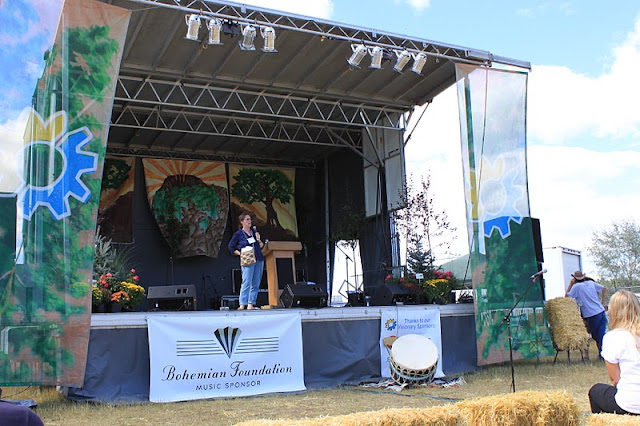 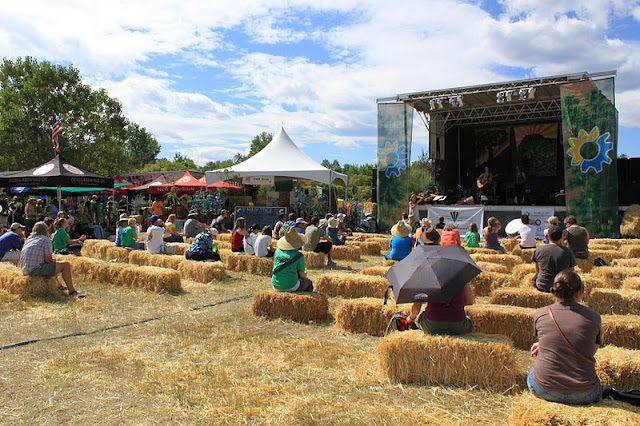 Overall, it was an thought-provoking afternoon and I’m hoping that I can continue to find was to make my life (and blog!) a little bit greener 🙂

Alrighty, I’m about to board my plane back to Colorado, then it’s straight to work, and then we get to go pick up our pup! As much as I love to travel and see my family, I am always so excited to see Lola when I get back…Have a great Monday everyone! xoxo