Happy Monday! I had a marvelous weekend, and I hope that yours was great as well!
First things first, you might notice that ze blog got a little bit of a makeover this weekend! For whatever reason I started playing around with it on Friday night, and felt that I wanted to change things up. While I liked things about my old background/header, I felt that it was just a little too cluttered and I was craving something a little more simple. I’m definitely not done with the cosmetic revamping, so don’t be surprised if you see more changes in the weeks to come. I’m toying with the idea of having a professional designer give me a little bit of an update in the near future, but I also really enjoy teaching myself new design skills and playing around with it on my own. Or who knows, I may just leave things like they are, that’s my plan for now at least! I’d love if you let me know what you think of the new look! 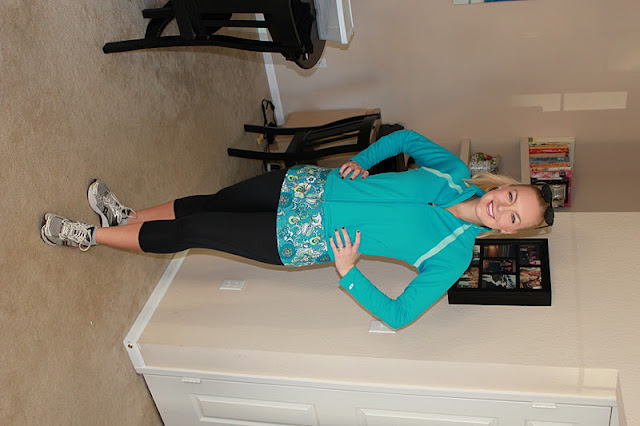 Anyway, this Saturday I ran my first 10k! Woo! 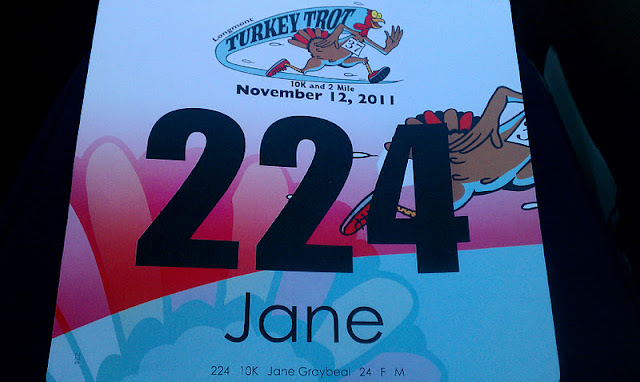 I participated in the Longmont Turkey Trot, and it ended up being a really fun experience. When I signed up for the race, I was concerned that it might be cold or snowy, but surprisingly the weather on Saturday morning was beautiful and quite a bit warmer then it’s been lately. Since the most that I had ever run for a race was a 5k, I was a little bit nervous about doing this. I know lots of my fellow bloggers are marathon runners, but I am not (yet), so for me 6.2 miles is far. Going into the race, I was also a little worried that my stomach getting upset during the run because that happens occasionally to me, so last week I tried to steer clear of any foods that I thought might give me problems during the run. (Sorry for the overshare, but I know that some of my fellow runners out there know what I’m talking about!) 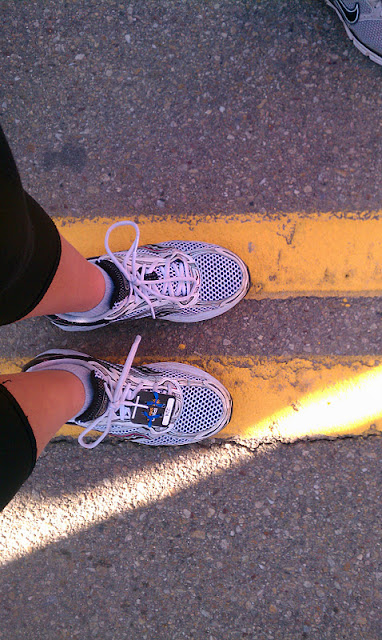 When I showed up Saturday morning, there were lots of people of all ages milling around waiting for the race to start, but I wouldn’t say that exactly put me at ease. Colorado is such a popular place for endurance athletes to live and train, that even something as minor as a Turkey Trot draws some pretty intense competitors. Lots of the people there on Saturday were decked out in serious running gear and were sporting t-shirts of various marathons they had participated in and I’m pretty sure there were a few runners there who had actually competed in the Olympics. (I know this because I heard people talking about it when I was in the bathroom so you know it’s true) Clearly, I wasn’t running this race to compete with those runners, so I just focused on my goal that I was running it for myself and all I really wanted to do was run the entire thing. (Like I said, anything over 5 miles is still far to me!)

The race started at 9 am, and I felt like I got into a nice groove pretty early on. The sun was shining, I was staring at the mountains, and just chugging along. The only hiccup I did have is that I started to get really hot in the jacket I had worn around mile 3, so I had to try to take it off with my number pinned to the front while still running since I really wanted to stick to my goal of running the entire time. Other than that, I felt great during pretty much all of the race, and definitely still had a lot of energy left when I finished. 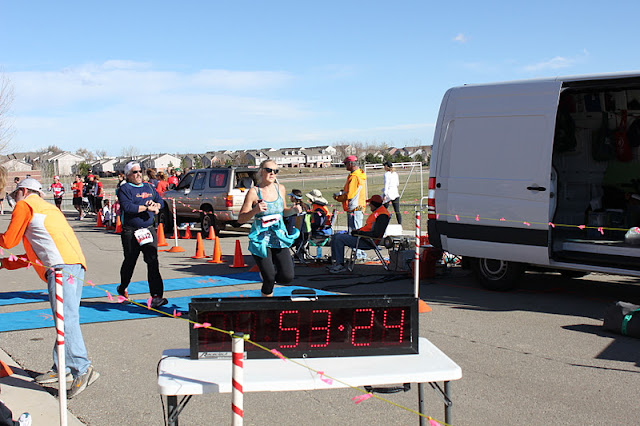 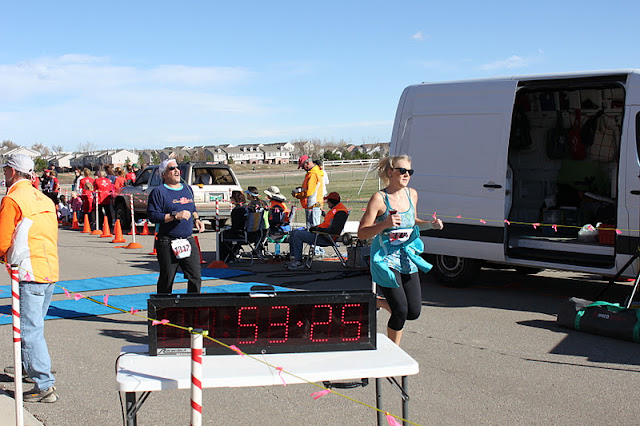 In hindsight, I do wished I had pushed myself harder because I honestly wasn’t even super tired when I crossed the finish line. (And full disclosure, 53:24 was not actually my time…they had a few different clocks going for different groups going on in the race and so my time was slower than that…and that’s ok, I just thought I should be honest!) I think I was nervous about getting going to fast in the beginning with all the really fast runners in the race, and then burning out and having to walk. I ran at a somewhat relaxed pace that I knew I could comfortably maintain for the entire distance, so while I’m glad I accomplished my goal of running the entire time, I would like to try to do another 10k and push myself a little more. Now that I know that I’m more than capable of finishing, I’d like to give it another try and kick up my pace a bit. But all and all, it was a wonderful experience, and I’m really glad I did it! 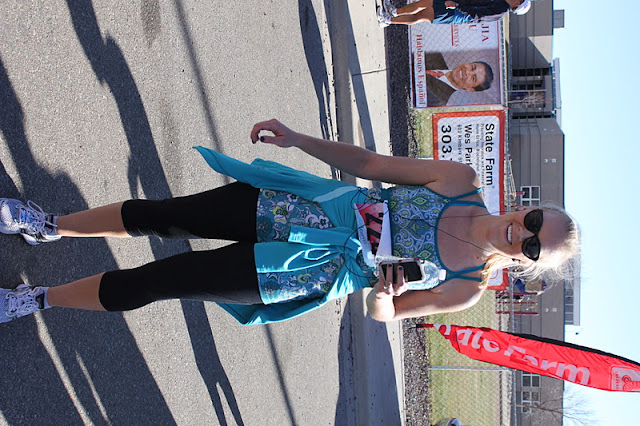 I feel like I’m discovering more and more that pushing myself to do things that make me uncomfortable are often the things that make me feel my best. When I actually step out of my comfort zone and do things that challenge me, I always wonder what I was so scared about in the first place and I feel like I grow as a person. I’d definitely be open to doing another 10k in the future, and I’m considering doing a half marathon sometime in 2012, we’ll see!


The 10k was only one part of my weekend, but since this post is already getting quite lengthy I think I’ll save that for a second post this afternoon…til then lovelies! Xoxo