One thing I love about the month of December is that it’s a month full of celebrations. From my birthday on the first day of the month to New Year’s Eve on the last day of the month, it’s really like one big party. And even though we’re only a few days into December, so far my month has already been pretty fun-filled.
As I mentioned on my birthday, my friend Wendi and her husband James flew in from South Carolina last Wednesday (I can’t believe it’s already been a week, time is flying!) and we had a really great time while they were here. The weather was beautiful the day they flew in, so we were able to spend the afternoon walking around downtown Denver. 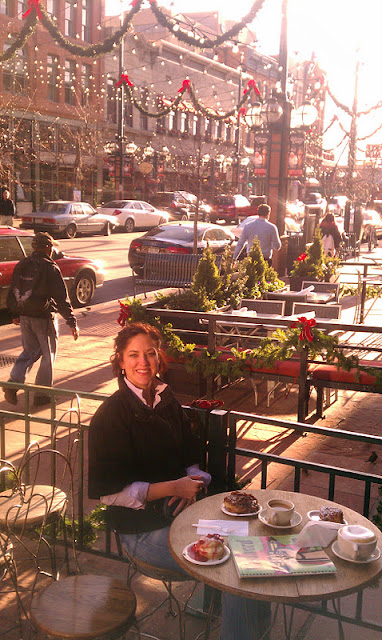 Thursday (my birthday) was really cold and snowy, but we did manage to do some walking around downtown Boulder.

For my birthday dinner, I chose this place called The Boulder Dushanbe Teahouse and I’m so happy it did because it’s an awesome restaurant! What makes it really special is just how exquisitely beautiful it is inside and out. The teahouse was actually constructed in the country of Tajikistan; everything was hand carved and hand painted and then shipped to Boulder piece by piece. 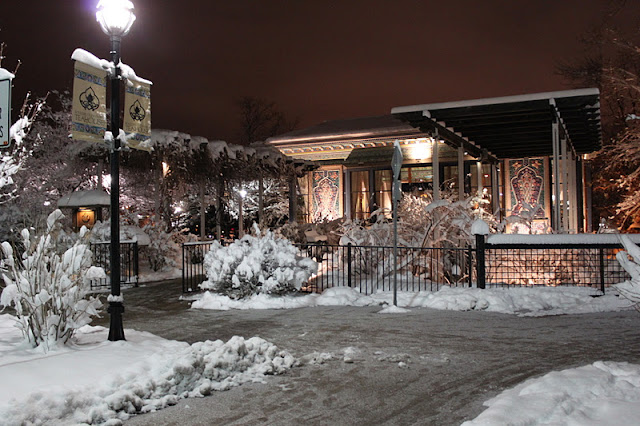 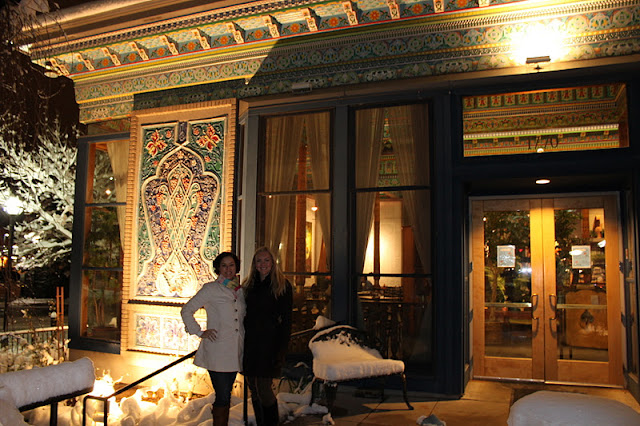 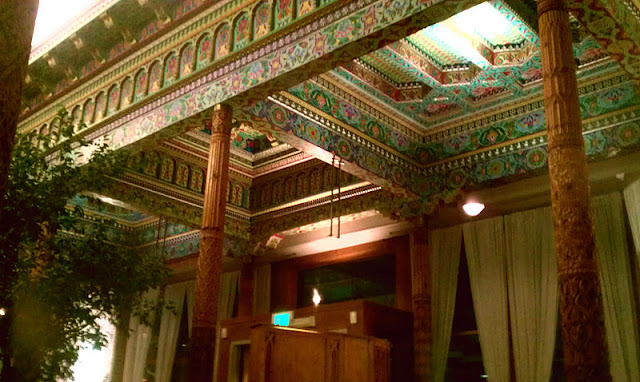 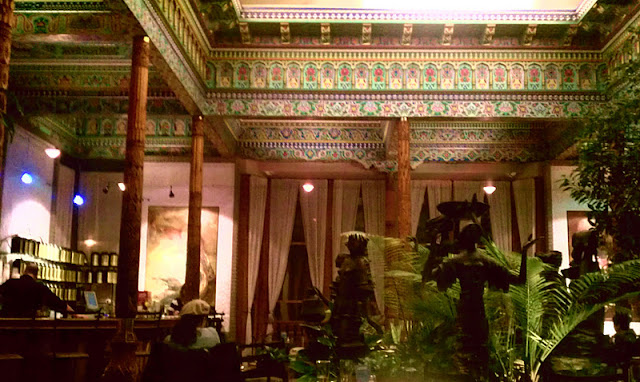 The menu was very eclectic and had dishes from all over the world. We started our meal with some hummus, Indian Saag Panir, and bhakti chai to drink. (I didn’t really care for the chai…it was very authentic aka very spicy!) 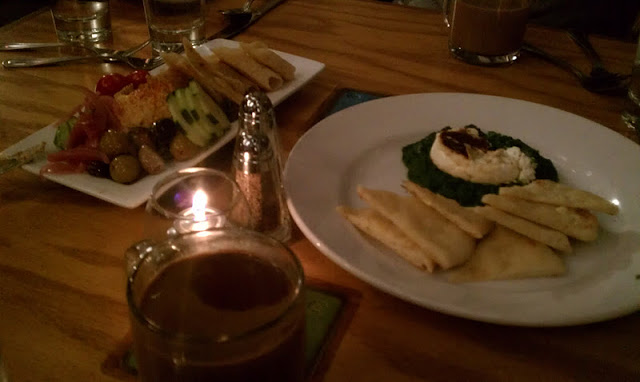 I totally forgot to take a picture of dinner, but it was a yummy French-inspired beef dish. The Teahouse has a really extensive tea menu (duh) and so it was fun to get a pot of tea there because they take it very seriously. (And dessert wasn’t bad either!) Definitely check this place out if you’re ever in Boulder!

I’m so glad that Wendi and James came to visit, and it was so much fun to celebrate my birthday with them! (Also, thanks Wendi for letting me steal some of your photos!) 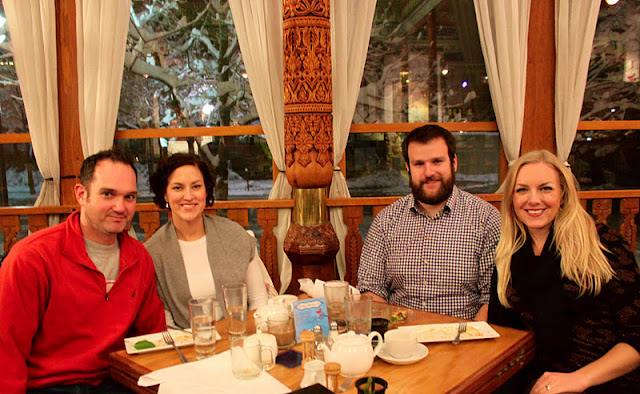 Lola was clearly thrilled by our visitors.

For my birthday, I got the ski jacket I’d been wishing for as a gift from my sweet hubby (and my lovely in-laws who helped out with the jacket as well), and then I got two beautiful flower deliveries from my parents and grandparents in Michigan! I am really blessed to have such wonderful friends and family.

Then this past weekend, Cam had his holiday party for work. We were both feeling a little under the weather, but managed to have a nice time despite our colds! The party was held at a hotel in Loveland, CO and it was a really nice event. I find it funny how at a big corporate function like this you get quite the range when it comes to dress code because people tend to interpret the dress code “holiday attire” differently. Overall, most people were dressed very nicely, but a few people were a little more casual (think jeans and a snowflake sweater) while others were wearing floor length ballgowns (literally, and more than one person). I tried to find something in the middle of those two extremes:

I didn’t really get as many photos of the night as I would of liked because I only had my cell phone and all the pictures were coming out blurry. Oh well. But the best part of the night is that I won an Ipod Nano in the prize drawing!! Technically, they called Cam’s name, but since he was in the hotel bar watching the Big Ten Championship game when it was called, I went up to claim the prize (obviously). There were all these little bags with tissue sitting on the table and I had to pick one, so I just picked the bag that I thought looked cutest and when I opened it up the slip said Ipod Nano! I was really stoked about getting so lucky, and Cam’s letting me keep the prize. 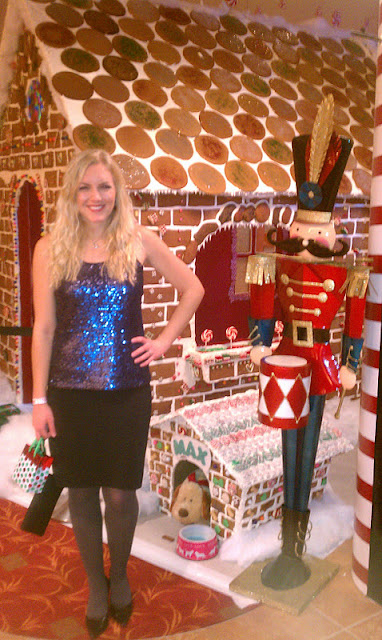