Happy Thursday everyone!
It’s so crazy to me that I now live in the Pacific timezone. It’s strange to have to think about a 3-hour time difference when calling my family, and even though it’s only an hour behind Colorado, for some reason it seems like a much bigger change. Even right now, I feel like it’s still fairly early in the day when I’m writing this post, but for my East Coast peeps it’s late afternoon. Weird.
Anyway, the movers came and delivered our stuff yesterday and so I’m currently surrounded by boxes as far as the eye can see. Seriously, we have SO much stuff. Granted, it seems like a lot more than it is since the moving company packs everything in a separate box with tons of packaging so I know once that’s all taken away it won’t be as bad, but still, it’s a lot. After the movers left yesterday afternoon, Cam and I hightailed it to the storage unit place as we realized there was just no way that everything would fit inside the apartment comfortably. I used to think it was kind of weird that people would pay rent just to store all their extra junk, but now I’m realizing that sometimes you just gotta do what you gotta do. We’re definitely still going through things and trying to get rid of things, but for those items that are important but not used on an everyday basis, I’m glad we now have a little extra space to store things.
Also, this morning I finally worked out for the first time in weeks, woo! It was just a little baby workout compared to what I used to do, and I felt super out of shape, but it felt great to put on my workout clothes and sweat for a bit. I got a spouse pass so I can use the gym at Cam’s office, and it’s actually pretty well stocked with things like kettlebells, medicine balls, stability balls, all sorts of free weights, and cardio machines. The gym has a great view of the mountains, and it was relatively empty when I used it this morning as I think most people were working and either go early morning, at lunch, or after work. I probably won’t be using it a ton as it’s not super close to our house and I want to get most of my exercise outside when I can. But it’s nice to have it as an option, and I think it will be great to have a place to go and try out different workouts without feeling like a huge dork since I always feel self-conscious trying out weird new moves when the gym is super crowded.
Anyway, before this month flies by and the holidays get too far behind us, I wanted share some photos from our visit to Michigan last week!
When we got in Monday afternoon, Cam and I made a quick stop in Ann Arbor and it was so much fun to drive around and relive all the memories from college, our wedding, and our first year of married life. And of course we had to stop at the best deli in the whole world, Zingerman’s, for sandwiches.
We got to my parents’ house on Monday
night and it was to awesome to be home and open some presents by the
tree. 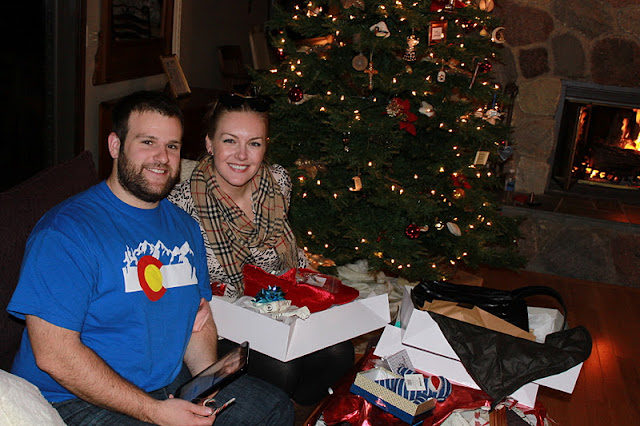 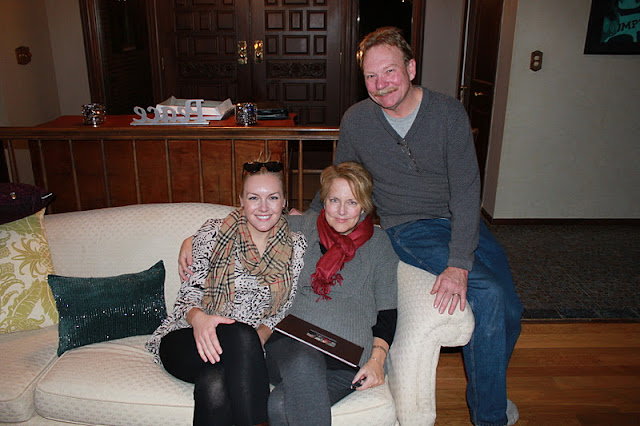 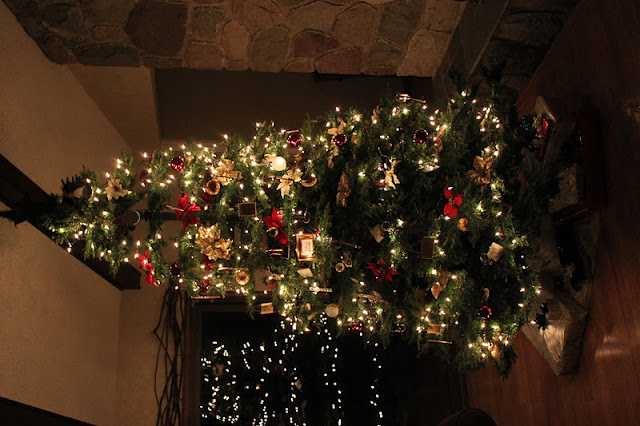 Tuesday was special because we had my
annual holiday dinner with my good friends from high school. My group
of friends and I were basically the National Honor Society goody-two
shoes kids in high school, and I’ll openly admit that. We’ve managed
to stay really close all throughout college, and I’m glad we’re still
such great friends. We started doing a Christmas dinner our senior
year of high school and it was just a chance to get dressed up and
celebrate being together instead of getting each other presents. We
carried on the tradition all throughout college, and this was
actually our 7th year of having this Christmas dinner…we
are getting old! We went to a great restaurant in Birmingham,
Michigan called Zazio’s and it was such a nice evening. 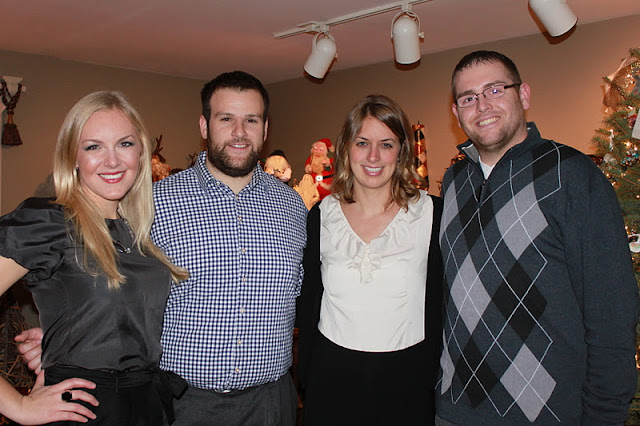 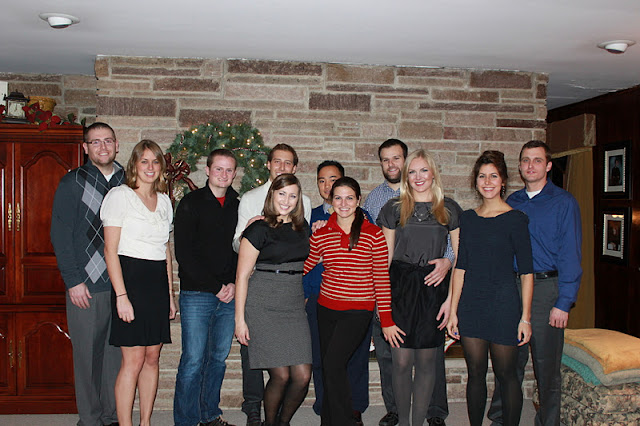 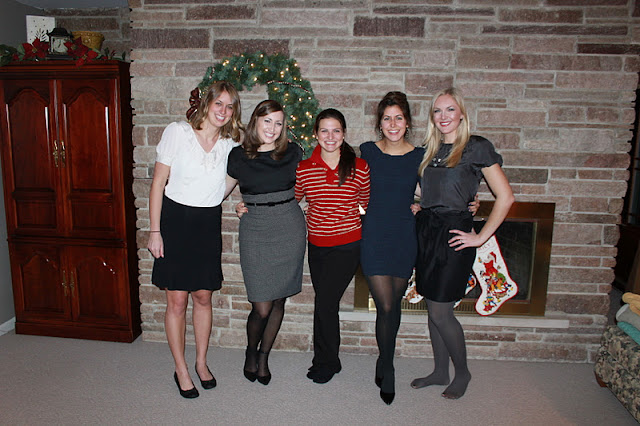 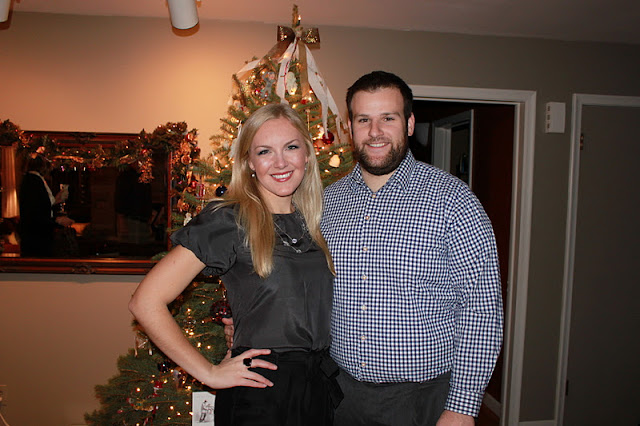 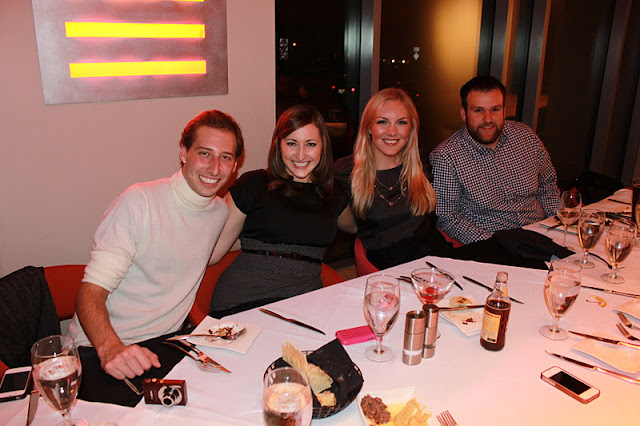 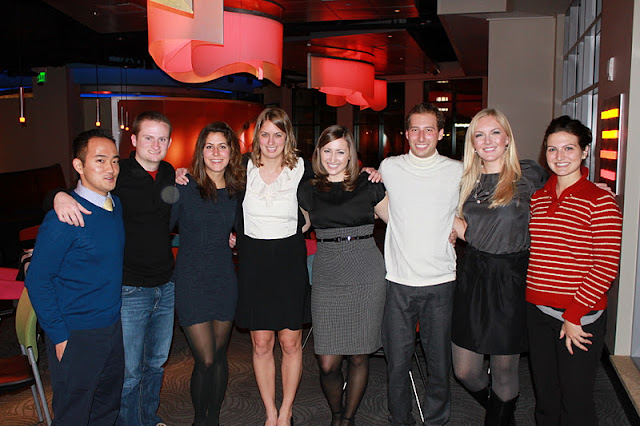 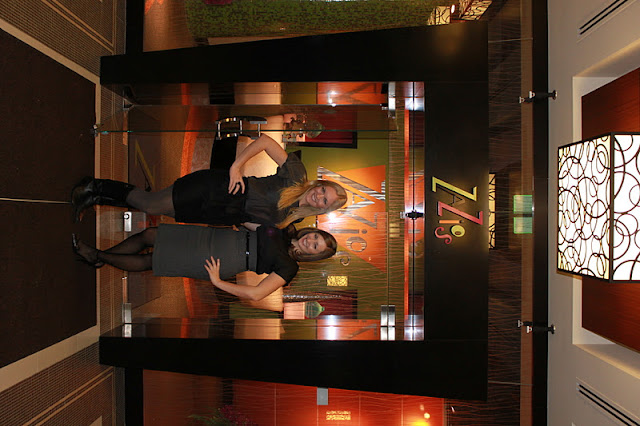 Wednesday, my mom’s family came over
for a sort of belated Christmas celebration with Cam and I. My dad
made turkey and stuffing, and it was so nice to spend some quality
time with the family. 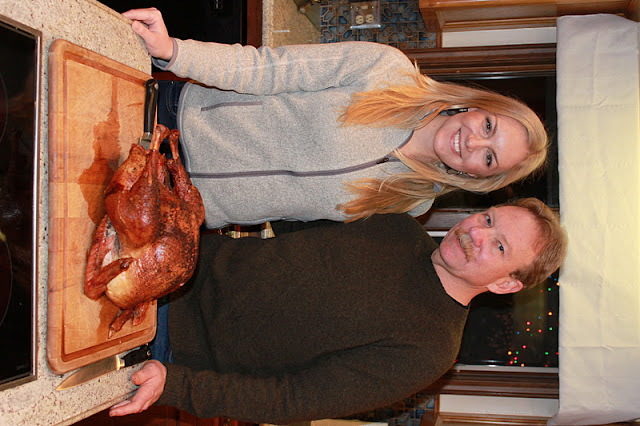 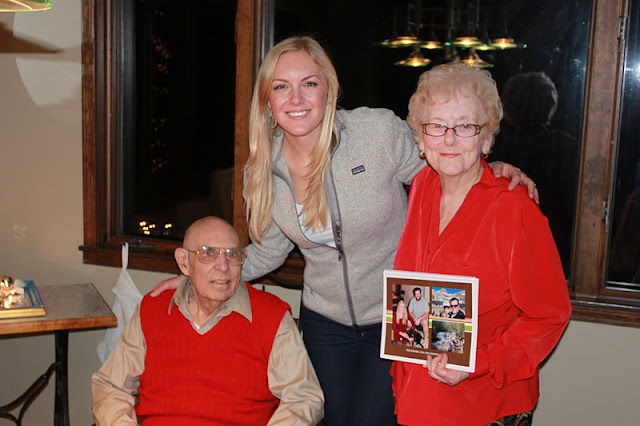 Both Cam and I were able to get
together with quite a few friends while we were in town, and it was
nice to catch up with people in person instead of via Facebook or
phone. I forgot to get pictures of everyone we saw, but I did get
pictures with my two of my good friends from college, Alyssa, who now
lives in DC, and Lisa, who lives in Chicago. So good to see you
girls! I also made a trip with some of my high school gals to Sagebrush Cantina, my hometown’s beloved Mexican restaurant that makes the best fried ice cream. (They also make the best strawberry margaritas, but I finished mine before I thought about taking a pic…clearly healthy eating wasn’t my primary concern during my visit to Michigan, whoops) 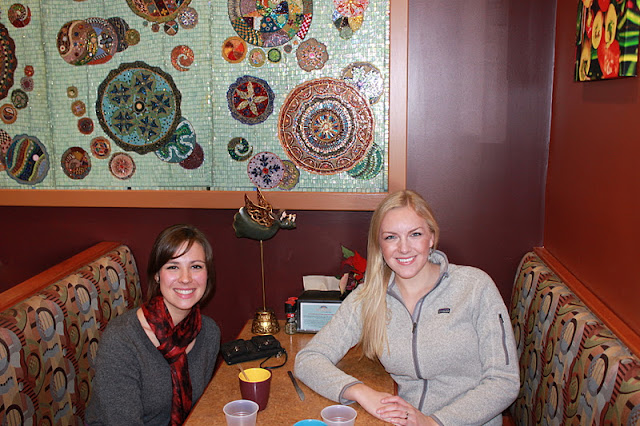 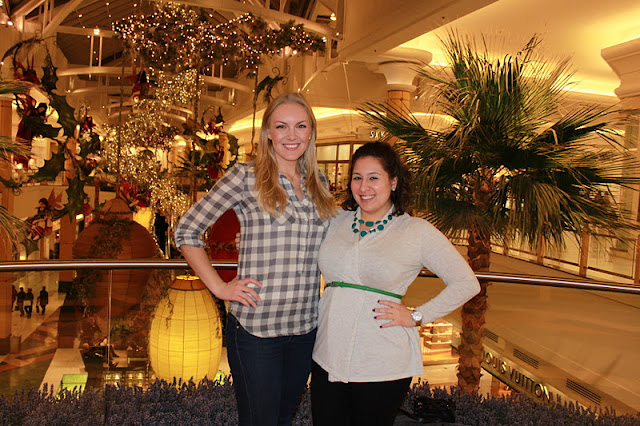 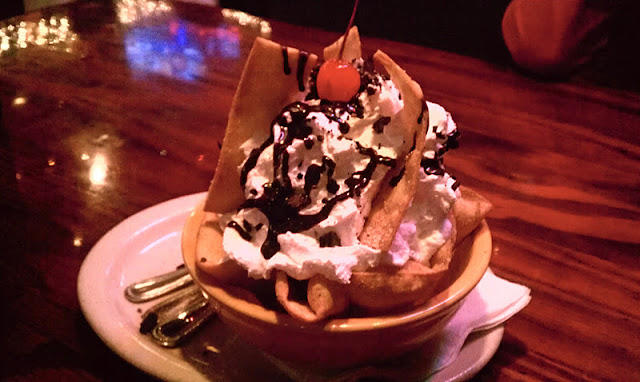 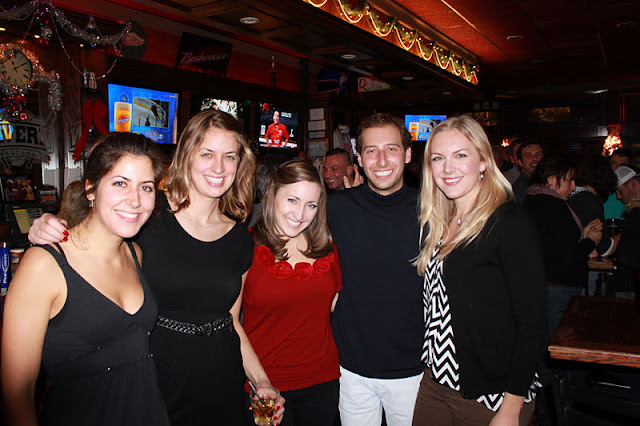 Other than that, it was just great to
be back in Michigan and spend time with my parents and grandparents.
My mom and I were able to do some shopping, which is always a lot of
fun. We were also able to spend quite a bit of time at my Grandma and
Grandpa’s house and it was so wonderful to be able to visit with
them. 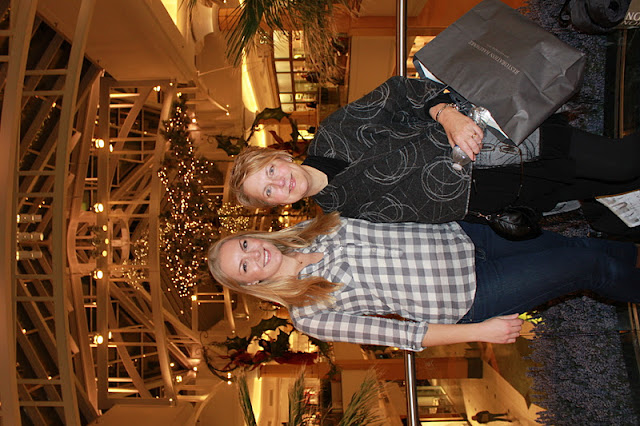 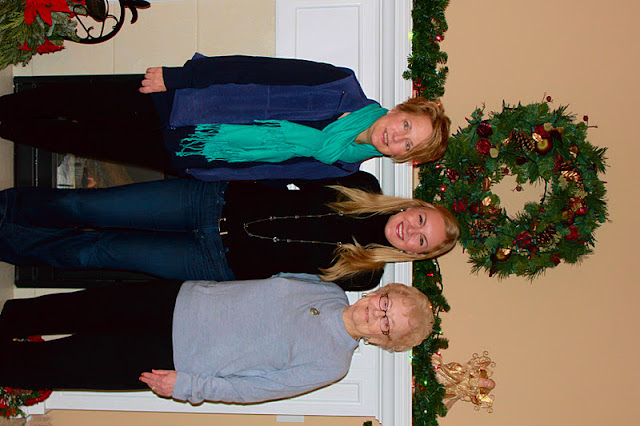 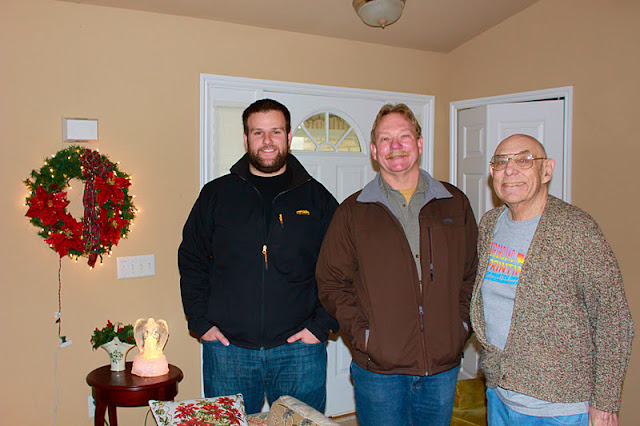 Last but not least, we celebrated NYE with one of our favorite married couples, our friends Jeff and Laura.
We got to hang out at their beautiful new apartment in Detroit and
then the four of us had tickets to attend a New Year’s Eve
event in Ferndale, MI. It was so much fun to get dressed up and spend
time with our good friends to ring in the new year! 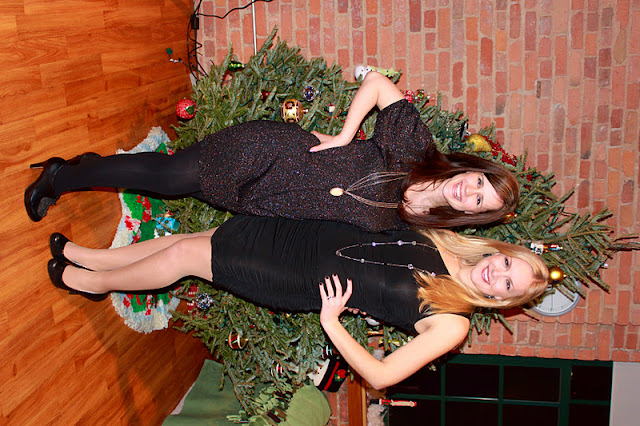 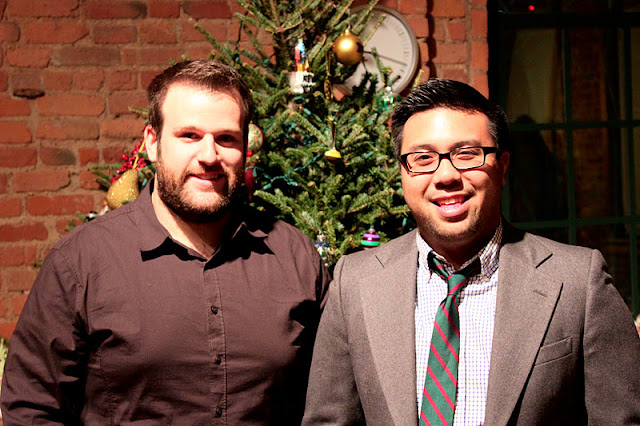 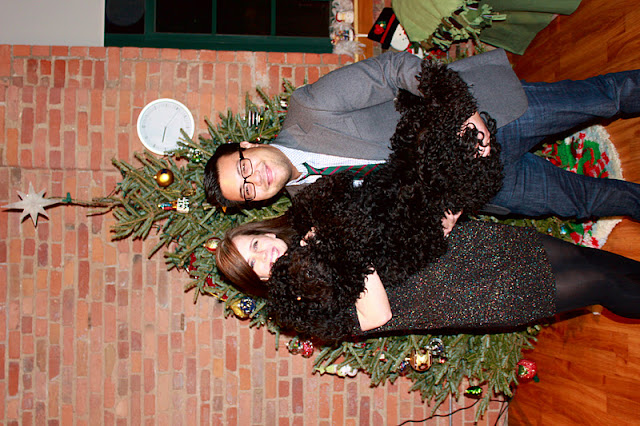 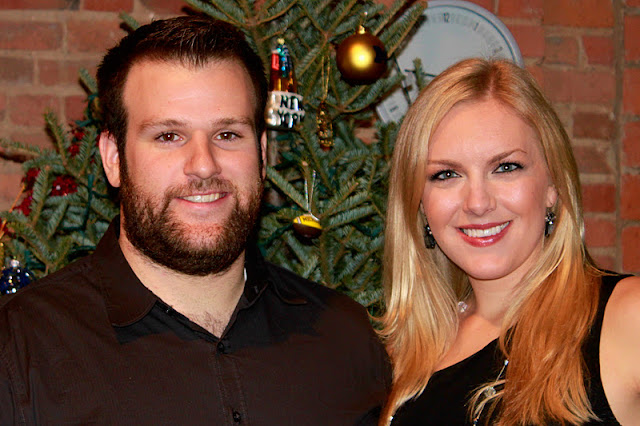 We snapped quite
a few pictures at their apartment before heading to the NYE event,
but I took a couple pics with my phone after midnight… 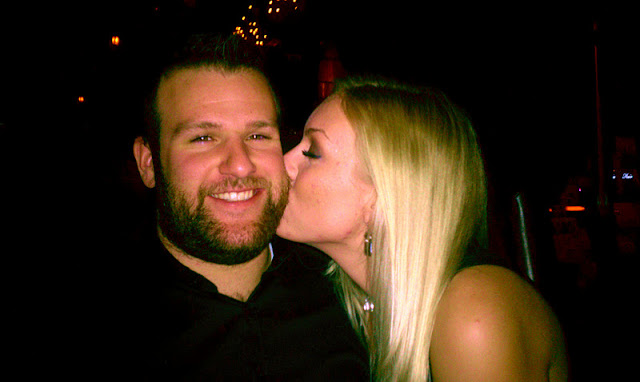 All in all, a fantastic trip to
Michigan!
The only bad part was the fact that we
had to fly out at 6:30 am on Sunday…so after NYE we went back to
Jeff and Laura’s, and got less than two hours of sleep before we had
to wake up and head to the airport. I’ll spare you the details, but
let’s just say that January 1st was not the most pleasant
day I’ve ever had. But other than that, our trip was awesome 🙂