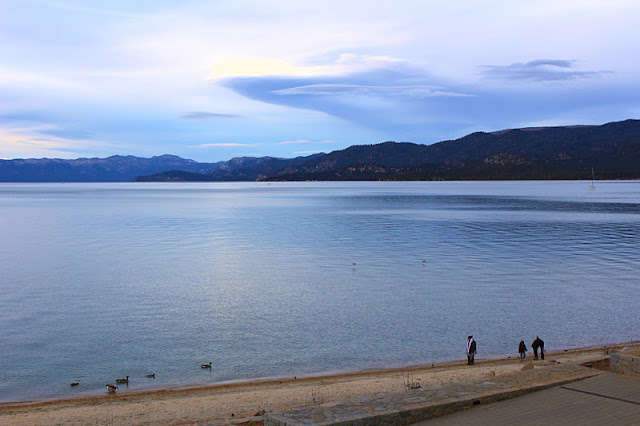 Long time no talk!
Since I’m sure y’all may be mildly curious are dying to know how our move went I wanted to give you a quick update!
Our journey here started on Sunday when we flew
back from Michigan to Oregon bright and early after going out with
friends for New Year’s Eve (more on that and our trip to Michigan tomorrow!) and then we started the 11
hour drive down to Tahoe that afternoon. We didn’t want to do the whole
drive in one day since Cam had to work on January 3rd, so we decided to stop for the night in Southern Oregon. We drove the rest of the way Monday morning, and got into town Monday afternoon. Of course I had to snap a few pictures along the way…
First impressions?
Tahoe is definitely very different from the previous two places we’ve lived, but it’s also really beautiful.
Obviously I haven’t seen too much of
the area yet, but what I have seen is really pretty. Thankfully, the
weather has been surprisingly warm and sunny the past few days, and there is no snow
on the ground here. Not so great for people who booked ski trips this
week, but fantastic for trying to move into our new place. When we stopped to get gas in Reno on Monday, I was bundled up in my Uggs and a North Face and it was 70 degrees out. Whoops. The weather is a little cooler up in the mountains obviously, but it’s just been so nice the past few days and a lot warmer than I expected.
We are
living in the mountains on the Nevada side on the south side of the lake, near Stateline, NV for those of you familiar with the area. We’re about 7
minutes away from the lake and the California border, so I’ll probably be doing most of my day to day things like going to the grocery store in South Lake Tahoe, California. It’s not a huge city by any means, but it’s got some resorts and shops and seems to be pretty cute. I’m looking forward to exploring some of the other towns around the lake over the next few months as well. We drove down to the lake when we first got in on Monday, and although it was getting dark, it was still really lovely to see in person. 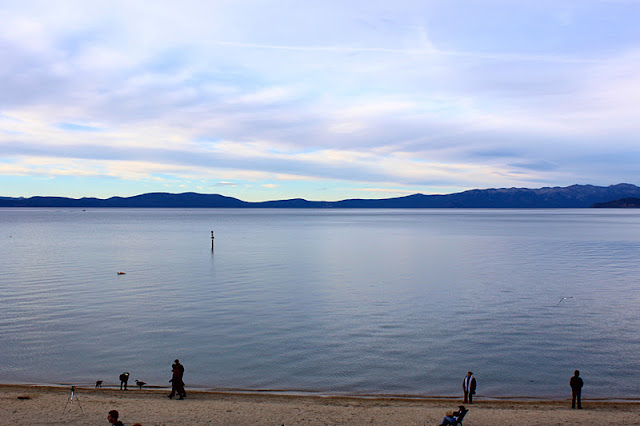 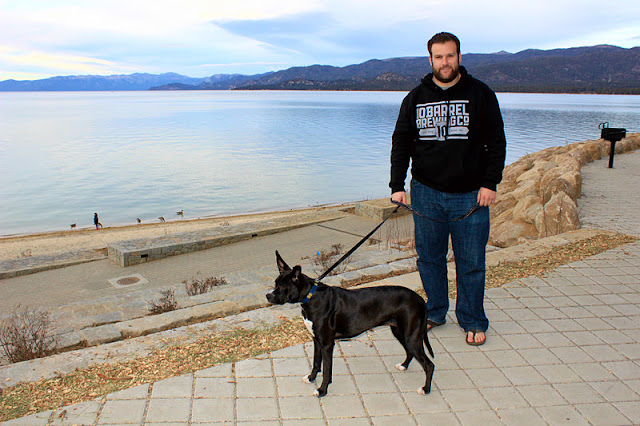 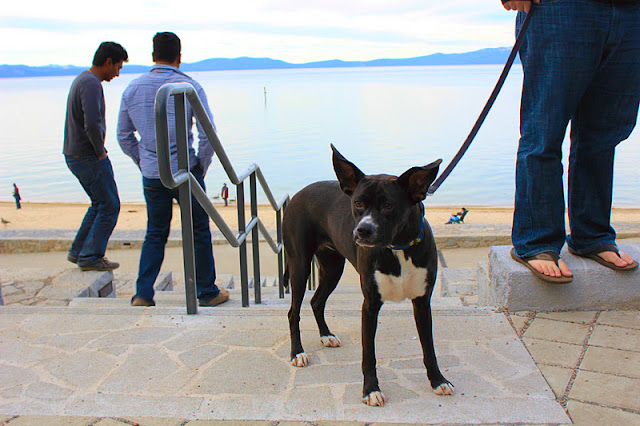 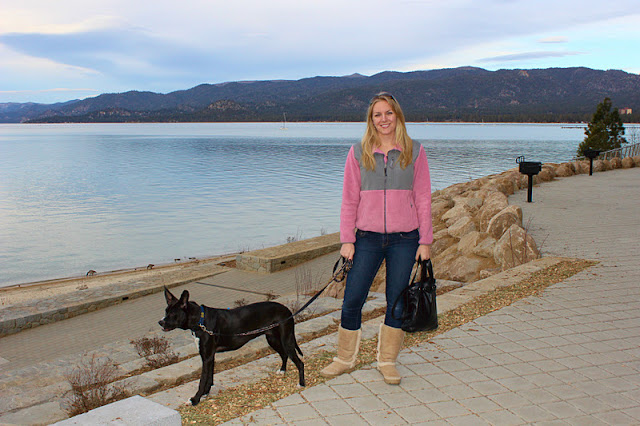