I hope you’re hungry because I’ve got not one but two yummy recipes for you today!
First things first, Super Bowl Sunday I served my favorite appetizer…but I only make it once a year because it’s that unhealthy delicious. Buffalo Chicken Dip. This stuff tastes just like delicious buffalo wings and blue cheese all baked together and gooey. It’s something that one of my best friend’s mom used to make for sleepovers when we were in high school, and luckily she was kind enough to give me the recipe (multiple times, since I’ve written it down and then lost it a few times!). It’s super tasty and totally worth every calorie…because trust me there are a lot of them! 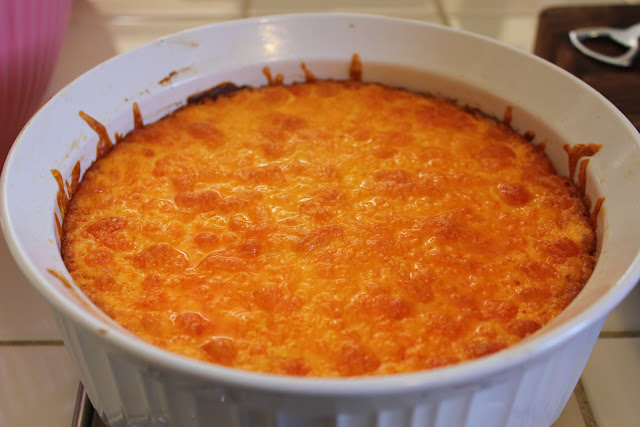 Buffalo Chicken Dip
2 large cans of chicken
1/2-1 cup of Frank’s Red Hot Sauce
(depending on how spicy you want it!)
2 bricks of cream cheese
1 cup of chunky blue cheese dressing
(you can substitue ranch if you’re not a blue cheese fan!)
1 1/2 cups shredded cheddar cheese

Another thing that I made Sunday was a Super Bowl staple–chili and corn bread! Chili is something I make in the crock pot quite often, but I’m always tinkering with the recipe. I know everyone likes their chili a little bit different, but I prefer mine thicker and chunkier over soupier and I like a lot of different types of beans. For the batch I made Sunday, I pretty much combined elements from a few different slow-cooker recipes I found on Allrecipes.com and then added a few secret ingredients of my own. Brown ground beef in a skillet until all pink is gone. Add to crock pot. Dump all the other ingredients in the crock pot. Stir. Let cook on low for 8-10 hours.

As far as cornbread, I just made classic Jiffy cornbread because a) it’s made in Michigan and b) it’s the best. And then as far as other Superbowl eats, I also made this simple yet delicious guacamole…so good! (I only took one picture of my guac because Jenna’s got beautiful pics on ELR!) 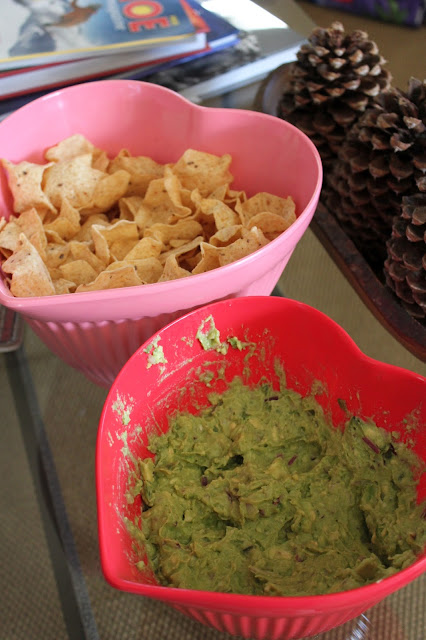 So that’s what we snacked on during the Super Bowl, what about you? I’d love to get some new recipe ideas for next year!

After this weekend, I was ready to just chill out last night. Cam and I had leftover chili for dinner and watched some quality TV…and by that I mean the Bachelor. (Yes, I actually suckered Cam in to watching it with me!) I really like Kacie B. and Nicki, where as Cam said he should choose Emily or Lindzi (and honestly, I like both of them too). We both agree that Courtney is awful and honestly, some of the things she says sound scripted. I hope she doesn’t win, but she probably will. Grrrr.

After The Bachelor, I watched the premiere of that new show Smash on NBC and I really enjoyed it! I liked the songs and I’m interested to see what happens. I think that Katherine McPhee is really beautiful and talented, and I like Debra Messing and Anjelica Huston as well.

Did anybody else watch Smash? What did you think? Have you been watching the Bachelor this season? Who’s your favorite?

That’s all I’ve got, have a lovely day everyone! Xoxo