I’ve got two restaurants you must check out!
Happy weekend everyone!
I just wanted to pop in on this chilly Saturday (at least it’s chilly here in Tahoe!) to continue to share some of our photos from around California! Over the past few weeks, we’ve spent some time in Sacramento (it’s about 2 hours from our house). When we first ventured to Sac after we moved in to make our frustrating Ikea trip, I’ll admit, I wasn’t super impressed with the city. We mainly checked out the Old Town area, and it seemed kind of touristy to me. But over the past couple of weeks, we’ve been able to explore more of the city and it seems like there is actually a fair amount to do (and much better shopping than we have here in Tahoe). Plus, when I went to NYC I actually flew out of the Sacramento airport and I was pleasantly surprised how nice it was. It was very clean and modern (with lots of great food choices), and it was not too big, but not small either.
So in case you ever find yourself in California’s capital city, I wanted to share two restaurants we discovered recently that you just cannot miss…
First up? The Red Rabbit Kitchen and Bar! 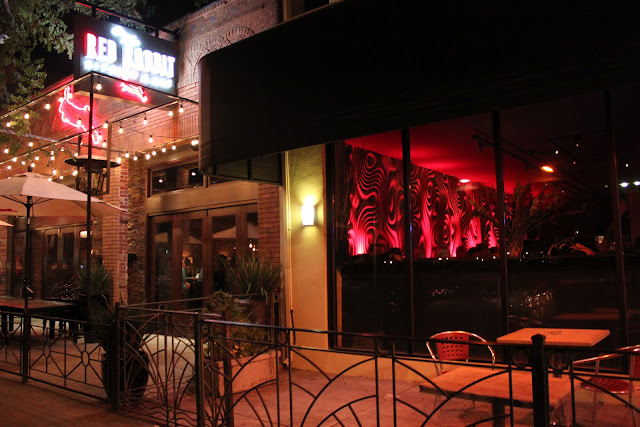 We ate dinner at this place with some friends from college on our way to Napa last weekend, and it was AWESOME. One of Cam’s friends found it on Urban Spoon so we decided to check it out. Like I said, I don’t really know Sacramento, but when we got there on Saturday night, it seemed like it was in somewhat of a happening area. The restaurant had a very trendy vibe and it was was packed with lots of people hanging out at the bar. 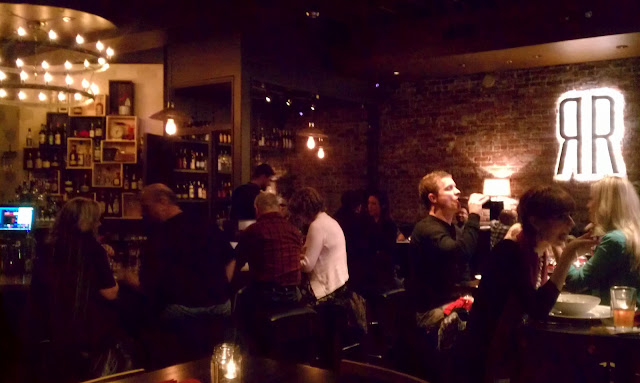 We got seated in a round booth and everyone decided to try different drinks from their eclectic cocktail menu. I decided to go with their daily punch special which happened to be some sort of refreshing lemonade vodka concoction. 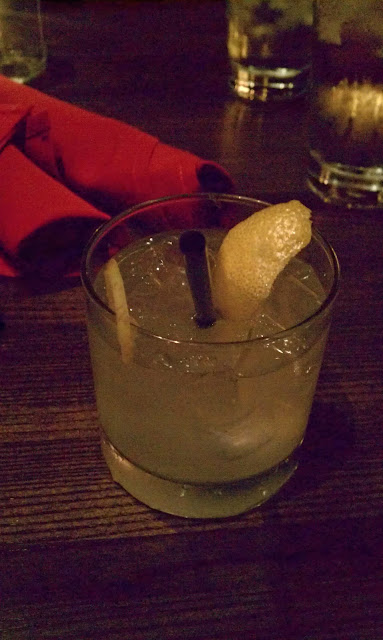 I wasn’t sure what to expect in terms of food, but I was super impressed by the creativity of the menu. The place had an eclectic, modern spin on farm-to-table fare and I literally wanted to order one of everything. 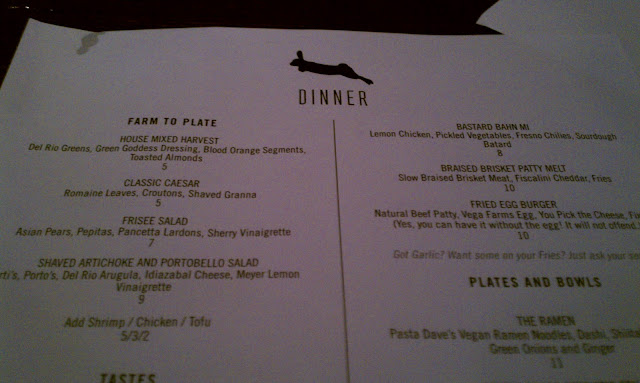 I ended up going with the Lamb Bocadillas which were described on the menu as Little Lamb Patties, Harrisa Aioli,
Manchego Cheese, Mint Chimmi
Churri, Mache. Yum. Plus, any restaurant we go to I always like to ask the waiter what their favorite dish is and this is one that he recommended. 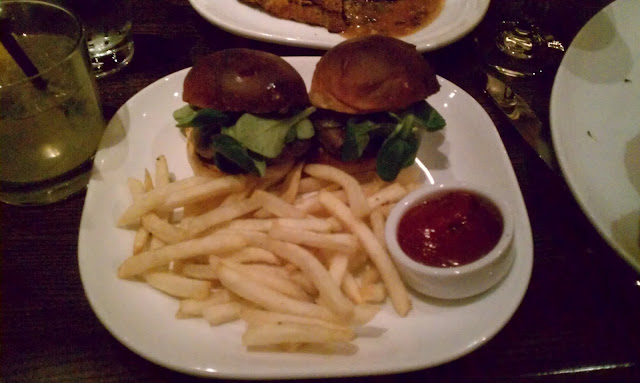 This dish did not disappoint! The combination of flavors from the mint, the aioli, and the lamb was out of this world, like I am literally getting hungry just thinking about it. My concern with the menu was that it was going to be all these creative dishes that didn’t taste as good as they sounded but everything we ordered was executed perfectly. As a group, I think we may have ordered about half the menu and literally every single item was so flavorful and delicious. The restaurant is more of a small plates style place and the prices
reflect that, but I felt that the portions were very filling. One of the more creative dishes that was ordered by one of our friends was the Farm Animal Lollipops…check these babies out… 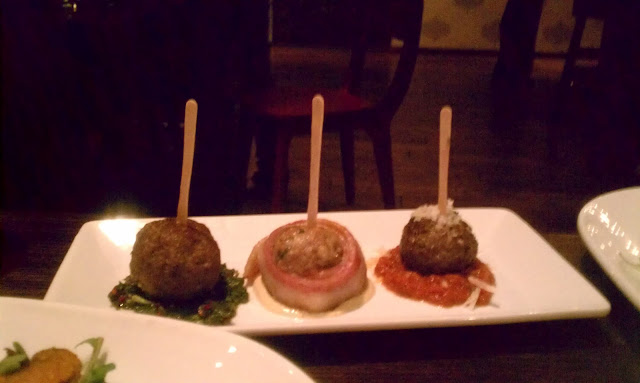 As a group we also ordered a bunch of different desserts and every single one was incredible. They were so good I didn’t even have time to photograph any of them, that’s how quickly they were devoured. Overall, I loved the Red Rabbit and I wish we had restaurants like this in South Lake Tahoe. The menu was imaginative and extremely well executed, the prices were very reasonable, and the atmosphere was really hip. Our waiter told us that the restaurant had only been open about 7 weeks, but you wouldn’t have known it from our great service and overall fantastic experience. It was a fun place to go with friends, but Cam and I will definitely be making a stop here the next time we’re in Sacramento!
Another Sacramento restaurant we’ve recently discovered is Cafe Rolle. This quaint French gem was featured on Diners, Drive-Ins, and Dives on Food Network and that’s how we first heard about it. Guy Fieri raved about how the owner prepared everything in traditional French style, but it was more simple, rustic food made with high-quality ingredients. Since we loved all of our food on our visit to Paris two years ago, we knew we had to try this place out. 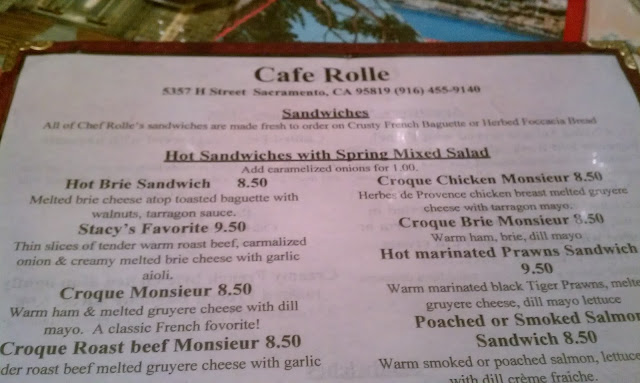 We stopped in for dinner on our way to San Francisco a few weeks ago, and although it’s a fairly small restaurant, we managed to snag a table. 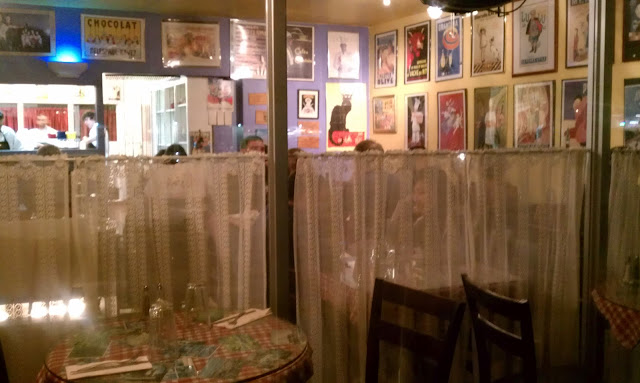 The menu was fairly simple, primarily sandwiches and salads, but they all looked amazing. In the end, I decided to order a Croque Brie Monsieur which featured warm ham, brie, and homemade dill mayo on a baguette, served with a side salad. 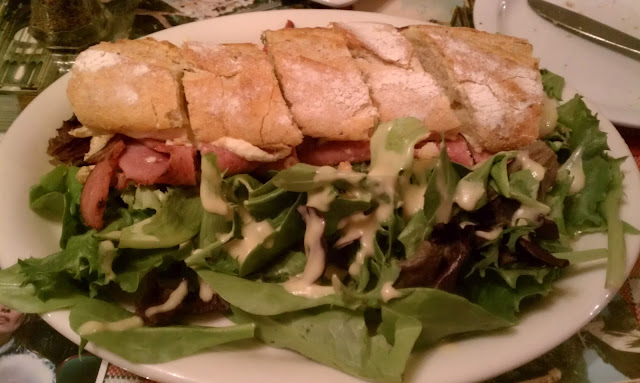 UH-MAH-ZING.
I seriously don’t even have words to describe how good this sandwich was, it was honestly perfect. Cam ordered the traditional Croque Monsieur and it was fantastic as well. 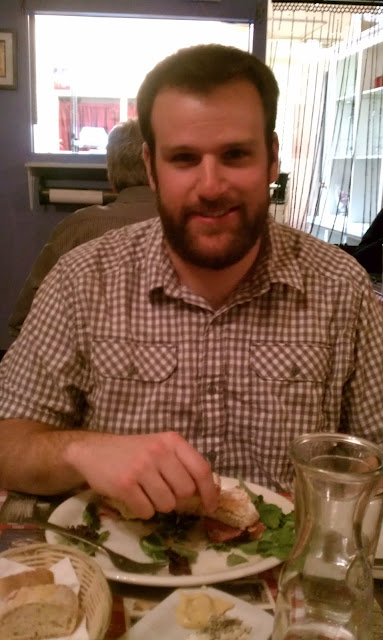 Cam has been really dillignent about sticking to the Paleo diet (aka no grains or dairy!) but even he made an exception for this place and it was totally worth it! Definitely a must visit if you’re ever in Sacramento!
(Also, my apologies for the crappy quality of most of these photos, the majority of them were taken with my cell phone in low light!)
On Monday, I’ll be sharing where we dined in San Fran because we all know that restaurants/food is one of my absolute favorite topics to discuss! Until then, have a great weekend everyone! Xoxo