Heyo!
I’m back with more photos from our weekend in Yosemite!
Saturday’s hike took the majority of the day, and we were pretty tired afterwards. We ended up just laying low on Saturday night, and went back to the park on Sunday morning. 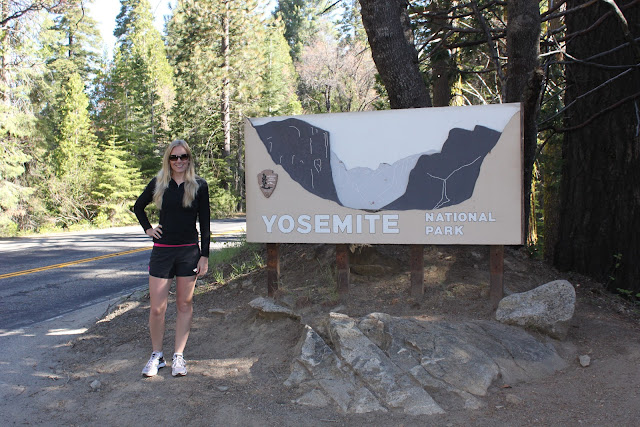 Sunday, we didn’t do any hiking because we were pretty tired from the day before plus we had Lola with us and dogs aren’t allowed on trails in national parks (hence, why she didn’t come on Saturday’s hike with us). Our first stop was Mariposa Grove to see the giant sequoia trees. 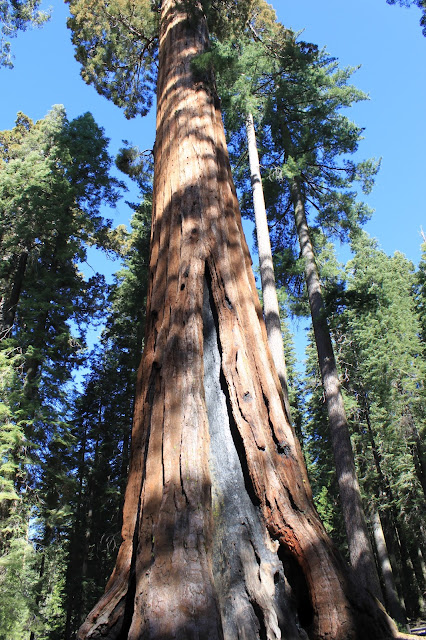 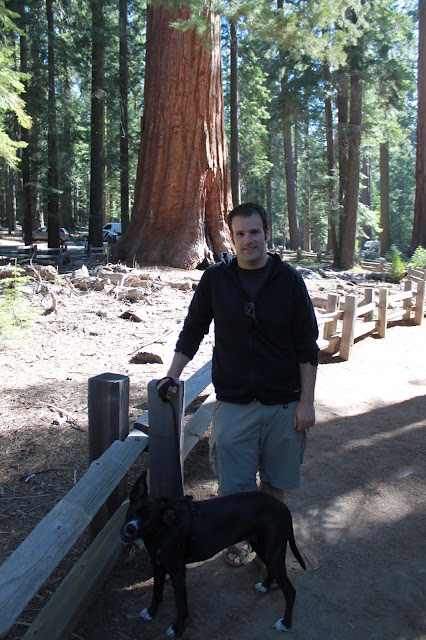 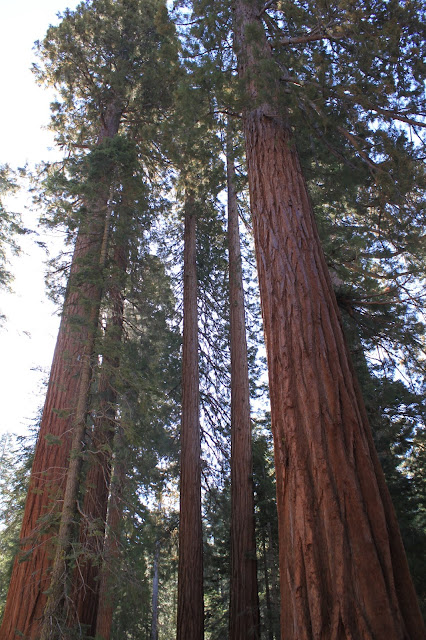 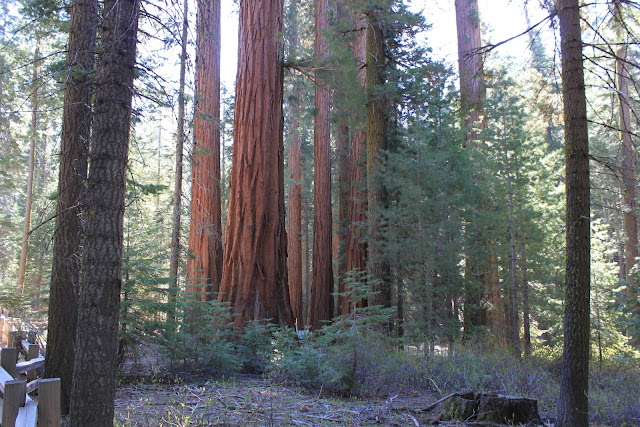 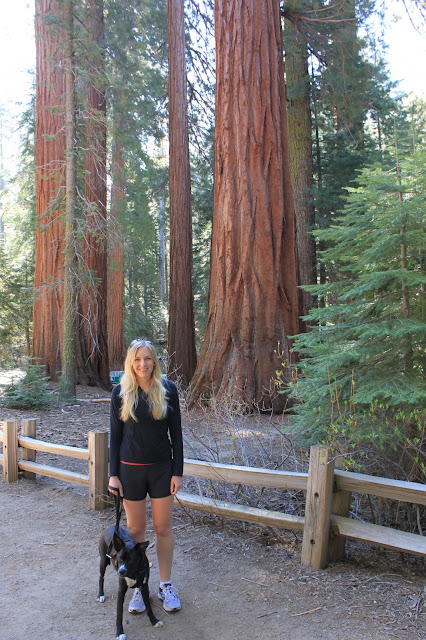 It’s amazing how tall and mighty these trees are. We only walked around the lower grove because Lola wasn’t allowed on the trails, but it made me really excited to go and (hopefully) see the redwoods later this summer!

After the sequoias, we headed towards Glacier Point. On the way we stopped at an overlook point (I don’t remember what it was called) that had great views. 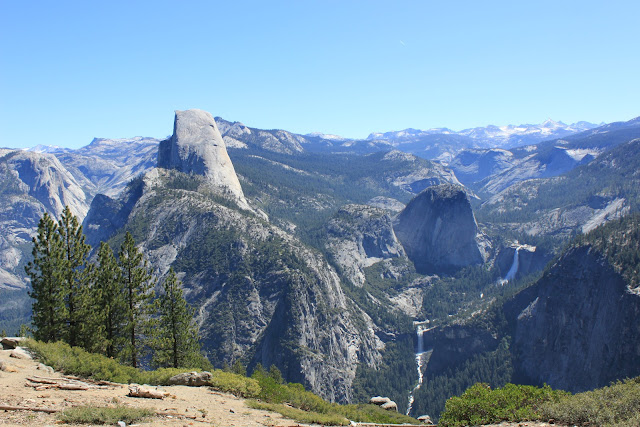 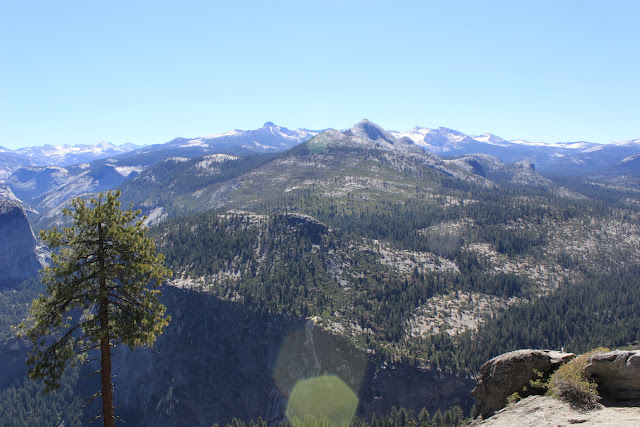 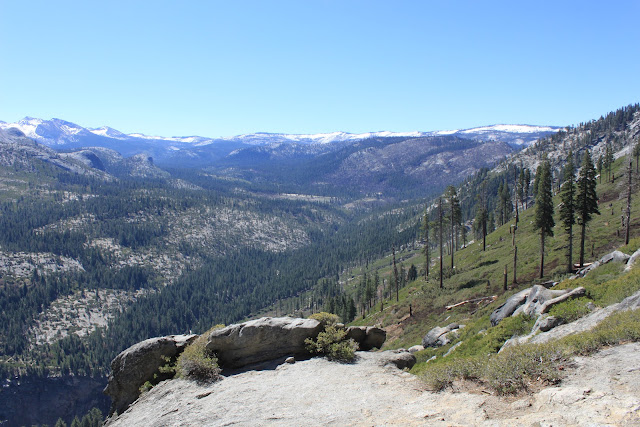 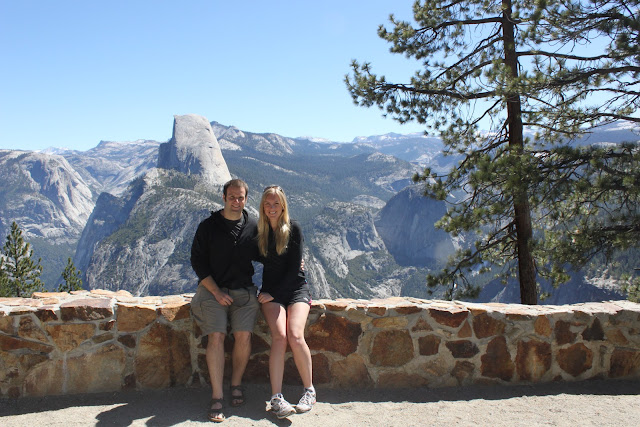 Glacier Point had equally impressive views, and it was so pretty to look down in to the park. Yosemite has so many beautiful features, and it’s wonderful that it’s preserved for future generations to enjoy. 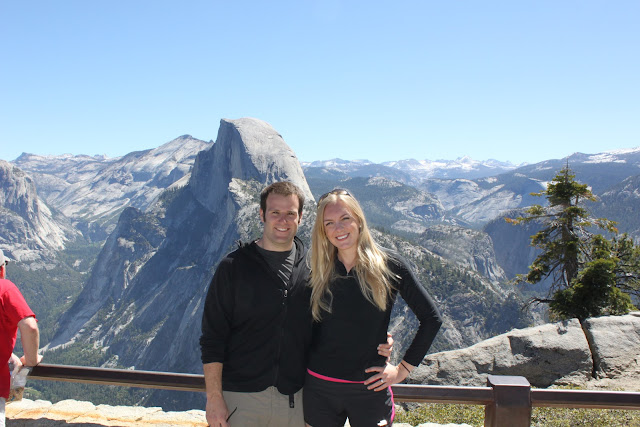 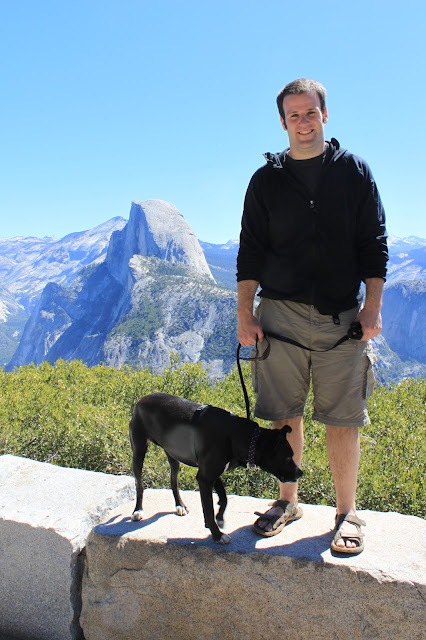 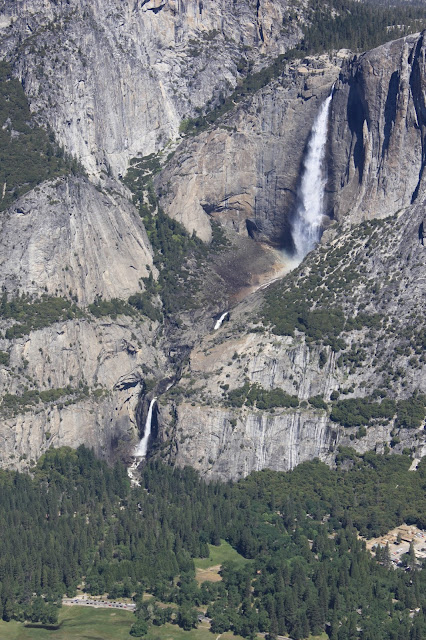 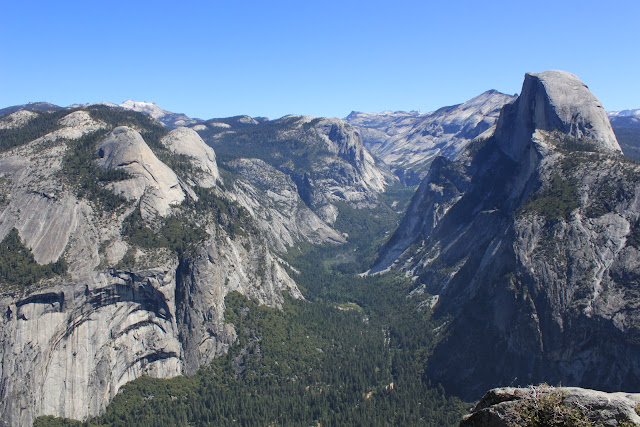 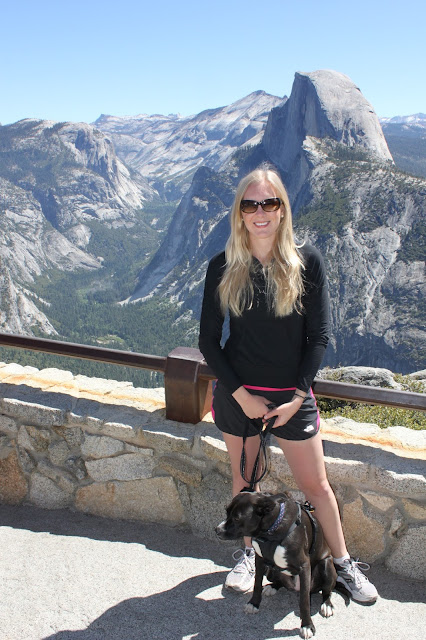 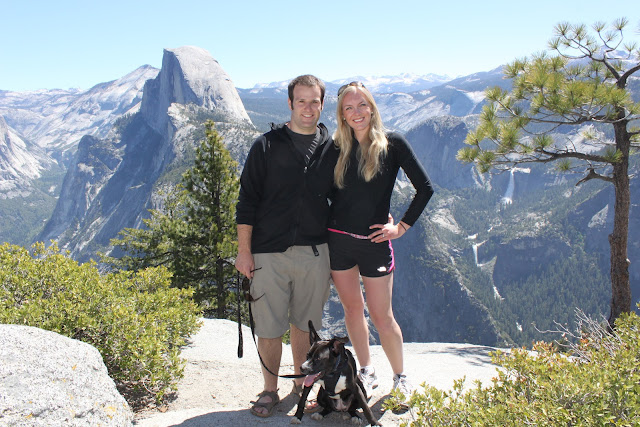 Finally, our last stop was an overlook point called Tunnel View to get a picture of the valley before heading out of the park. Simply breathtaking. 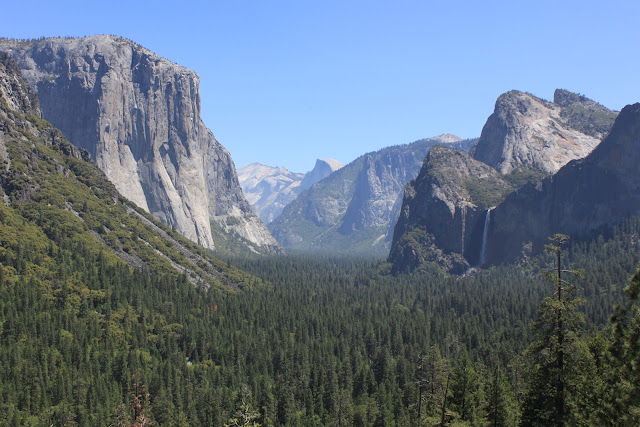 Once we left the park to start heading home, we decided to stop off at Mono Lake, which is just east of the park. The lake is pretty (although not as pretty as Lake Tahoe!) and it has these interesting limestone formations around the edges. It’s actually a saline lake (so it doesn’t have any fish) and it’s actually one of the oldest lakes in America. The weather was beautiful so we stopped here to eat lunch. Since there was no one around we let Lola run around and she had a blast! 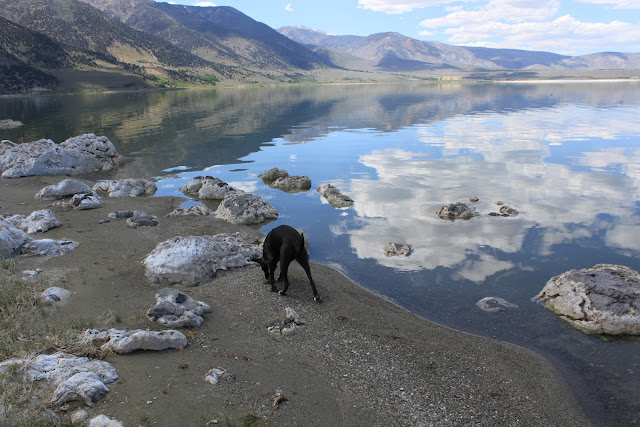 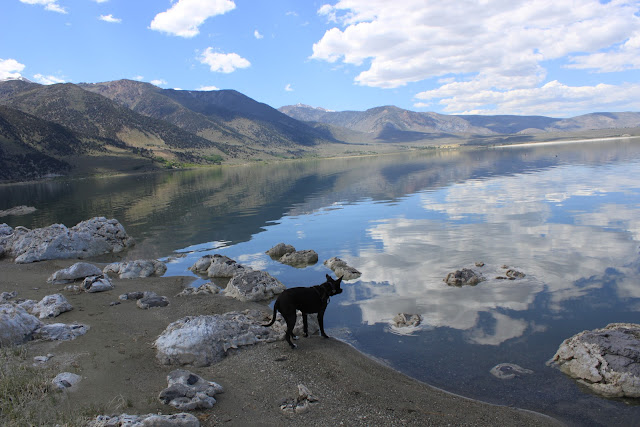 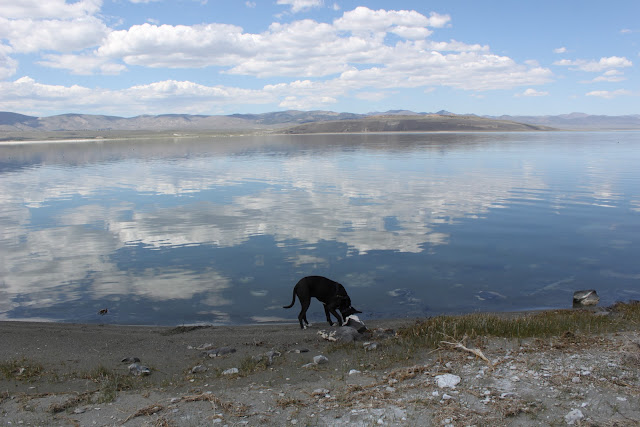 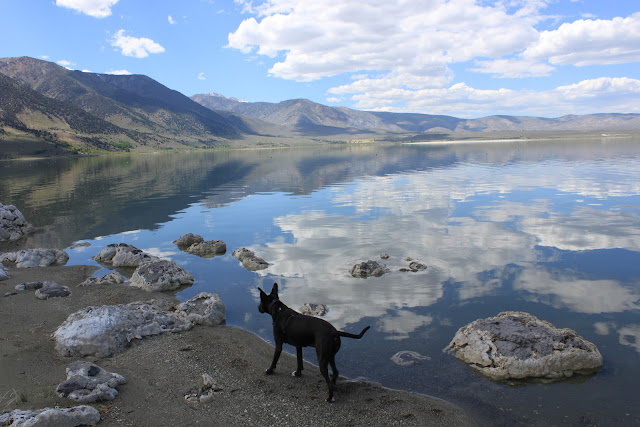 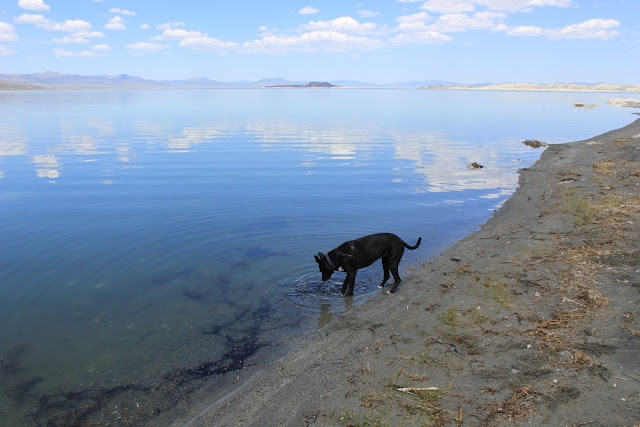 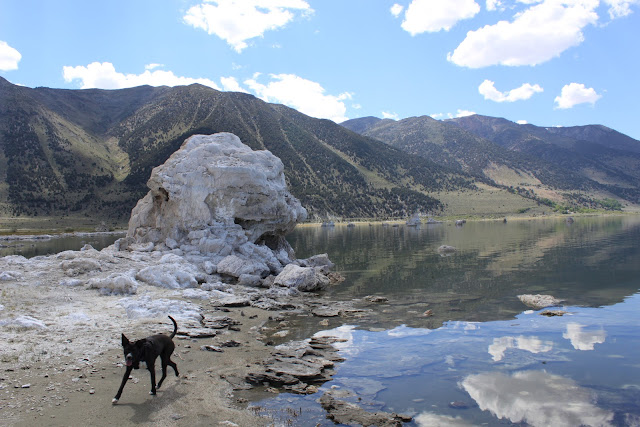 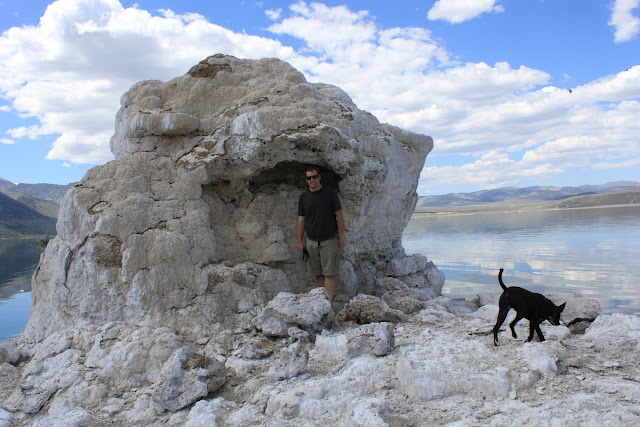 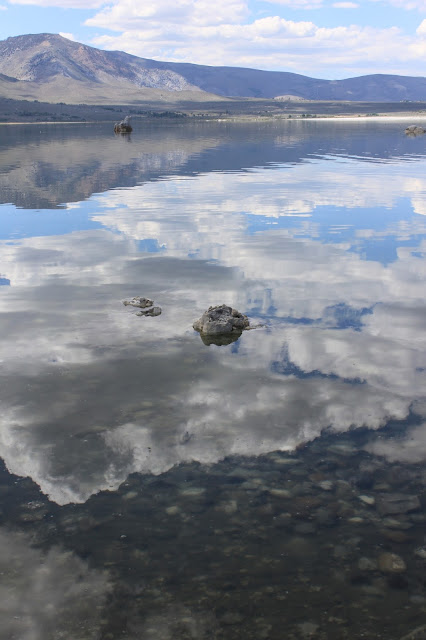 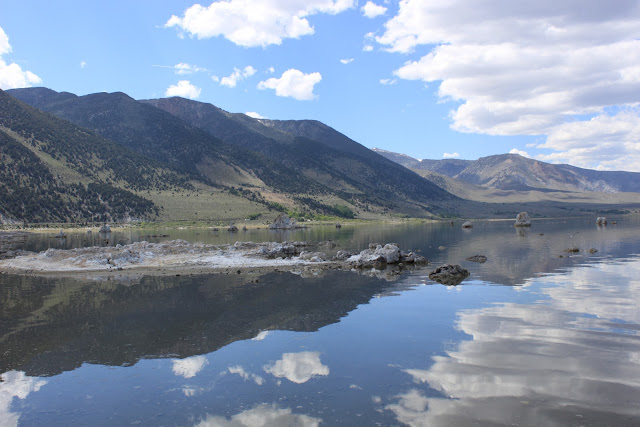 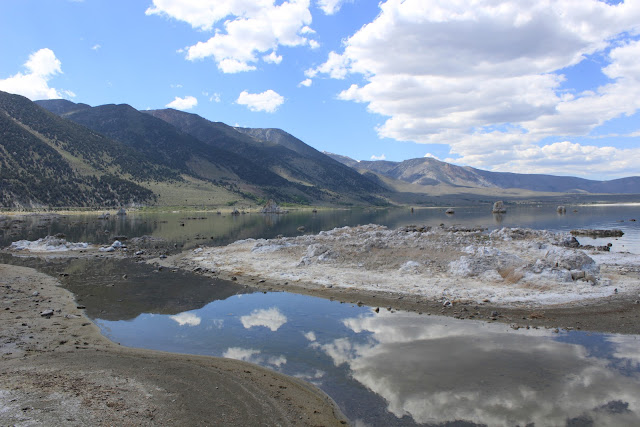 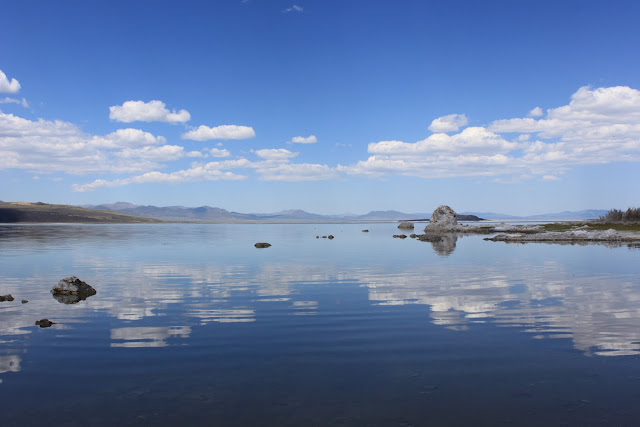 All in all, it was a lovely weekend. I had been to Yosemite once before when I was in middle school, but it was so great to go back! If you’re ever in Northern California, this national park is a must-see. It’s so serenely beautiful, and I’m hoping we can go back and visit again later this summer!

Well that’s it for my photos! Today, my schedule is jam-packed trying to get packed and finish up everything for work before we head to Chicago tomorrow. I’m literally counting down the minutes until tomorrow, so here’s hoping for a productive day because a lot needs to get done between now and then! Xoxo

PS: One other thing that happened to us during the weekend that wasn’t quite so nice…after our hike Saturday we decided to drive around Oakhurst a little bit to check out the town (which is super small, there’s not much to see). As we came around a curve coming back to the hotel, we came across a motorcycle accident. A couple that was riding a motorcycle pulling a trailer had flipped their bike and they were both laying face down on the pavement in the middle of the road. So scary. The accident had literally just happened a few seconds before we came around the curve, and we were the first car to get to the scene. Cam immediately called 911, and within a few minutes tons of cars had stopped. Within a few minutes, an ambulance, 3 police cars, and 3 fire trucks showed up and traffic was completely backed up in both directions. Luckily, the injured riders were both ok–the guy was able to stand up (although I think he probably had a concussion) and the woman had to be carried out on a stretcher but she was conscious and could move her limbs (although I think she probably had some broken ribs). It was really frightening to come across an accident like that, and it was such a reminder to be thankful for every day. You never know what’s going to happen when you walk out your door in the morning, so don’t take life for granted! 🙂