Kind of sounds gross right?
But seriously, they’re really good and the perfect summer meal because they’re healthy and super easy! They’re not so much cupcakes as meatloaf baked in the muffin tin, a clever idea that I got from where else, Pinterest! 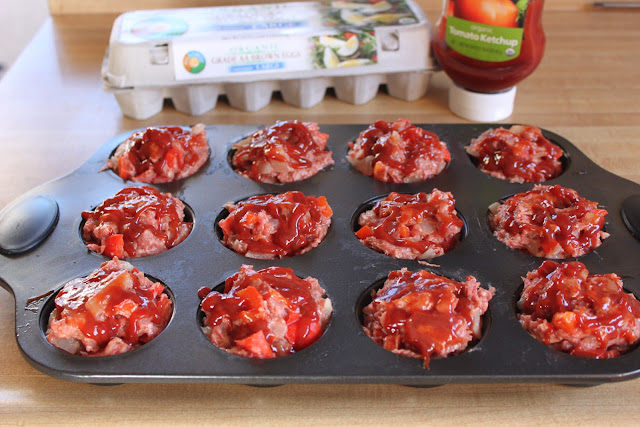 The actual recipe I followed is from a great Paleo website called Jan’s Sushi Bar that has lots of great recipes. The version on the website includes an adorable sweet potato “frosting” that you pipe on top of the meatloaf. Since I was just making these on a random weeknight I just served the sweet potatoes on the side because I didn’t want to go to trouble of making the frosting, but I think that I’ll try it the next time I make them. Instead, I just drizzled some ketchup on the top before baking. 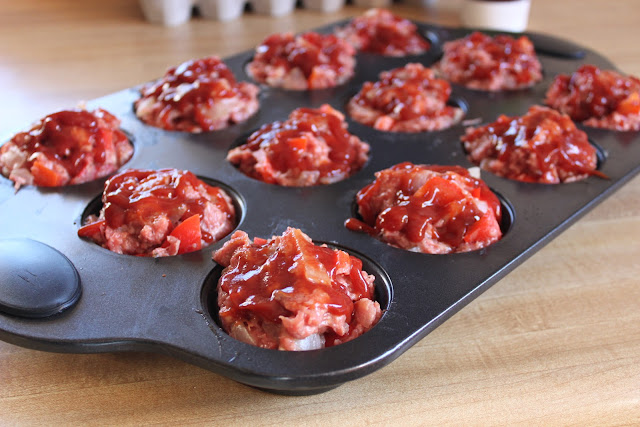 Meatloaf Cupcakes
Recipe from: Jan’s Sushi Bar
Serves: 8
Ingredients
2 pounds ground beef, preferably grass-fed
2 large eggs
1 medium yellow onion, diced
1 small red or yellow bell pepper, diced
2 tablespoons lard or butter
2 teaspoons kosher or sea salt
1 teaspoon freshly-ground black pepper
2 tablespoons Mrs. Dash steak seasoning I didn’t have any of this on hand so I just combined some garlic salt, chili powder and other spices
1/2 cup homemade chili sauce or ketchup
1 large sweet potato
2 tablespoons bacon fat or butter (I used coconut oil instead!)
2 tablespoons coconut milk mixed with 2 tablespoons water OR 1/4 cup half and half
salt and freshly-ground pepper to taste
Instructions
Preheat oven to 350F.
Melt the lard or butter coconut oil in a small skillet over medium-low heat. Cook the onion and bell pepper until the soft and the onion is translucent, about 5 minutes.
In a large bowl, combine the ground beef, eggs, onion/pepper mixture, salt, pepper and steak seasoning, mixing well with your hands. Divide the meat into 8 equal portions about the size of a baseball; place each portion in the cup of a standard-size muffin tin (I just went ahead and divided the meat into 12 portions). Thinly spread 1 tablespoon of the chili sauce or ketchup over the top of each cupcake.
Place the muffin tin on a foil-lined, rimmed baking sheet; bake the cupcakes for 35 to 45 minutes, or until cooked through. Carefully remove each cupcake to a paper towel-lined plate.
While the cupcakes are baking, bring two quarts of water to a boil in a large saucepan. Peel and cube the sweet potato and drop into the boiling water; reduce the heat slightly and continue to boil until the potato is tender, about 10 to 12 minutes.
Drain the potato and return to the saucepan; place over medium-high heat, shaking the pan occasionally, until the moisture has evaporated. Remove from heat and add the bacon fat or butter, coconut milk or half and half; mash with a potato masher until smooth and creamy, but still thick, adding more coconut milk or half and half if necessary. Season to taste with salt and pepper. Keep warm.
Fill a pastry bag, fitted with a large round or star tip, with the mashed sweet potatoes and pipe onto the tops of the meatloaf cupcakes. Sprinkle with a little finely chopped parsley, if desired, and serve. 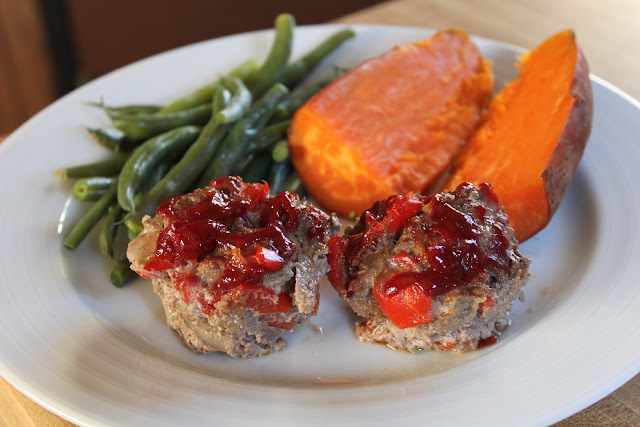 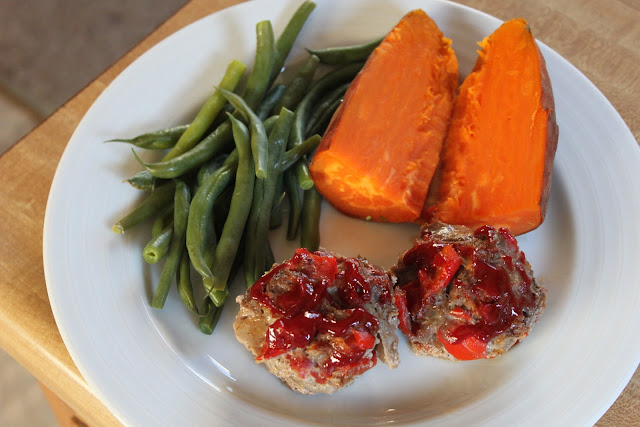 Hope everyone is having a great week! Xoxo