So I have a recipe for you today!

But I’m not exactly sure how I feel about it.

I usually only post recipes of dishes that I loved, and this one I didn’t…but I want you to be able to judge for yourself.

Since Cam and I made the shift in our diet to eat Paleo earlier this year, one thing that I have missed is making breakfast foods like waffles, muffins, and pancakes. We tend to eat a lot of eggs for breakfast now, and although I really do love eggs, sometimes it’s nice to mix it up. There are tons of different recipes for Paleo baked goods all over the internet, so the other day I decided that I wanted to give one a try. Cam always gives me a hard time about the waffle maker that I just had to register for when we got married, and has been used maybe 5 times in the past 3 years. I decided it was high time to dust it off an make some Paleo waffles! 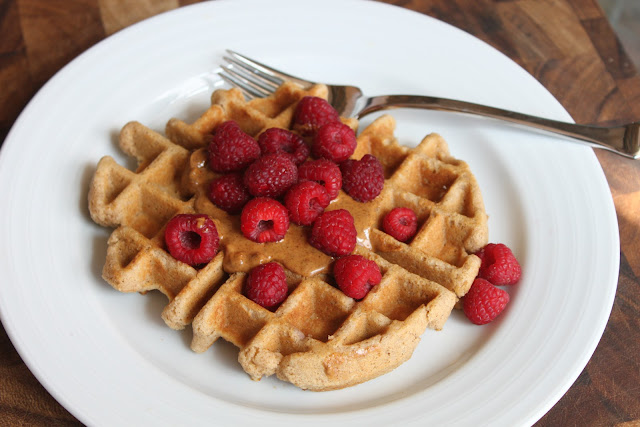 I used a recipe from PaleOMG, which is one of my favorite Paleo recipe sources. I just copied the recipe directly from her website, and I followed it exactly. 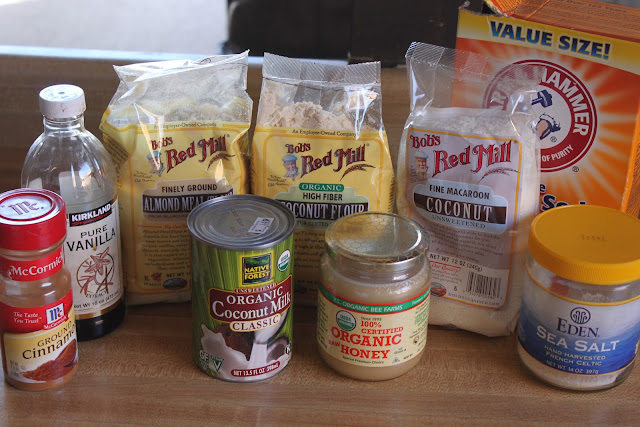 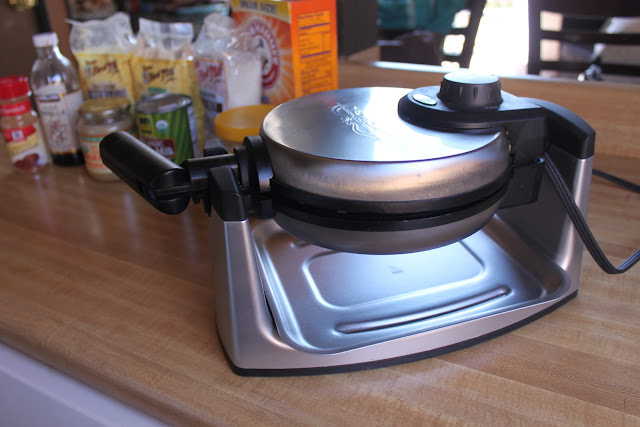 Plug in your waffle iron. You don’t have a
waffle iron? Why? Because it’s the most pointless tool in the kitchen
and is only useful for one kind of food. True. But buy one. Waffles are
awesome. 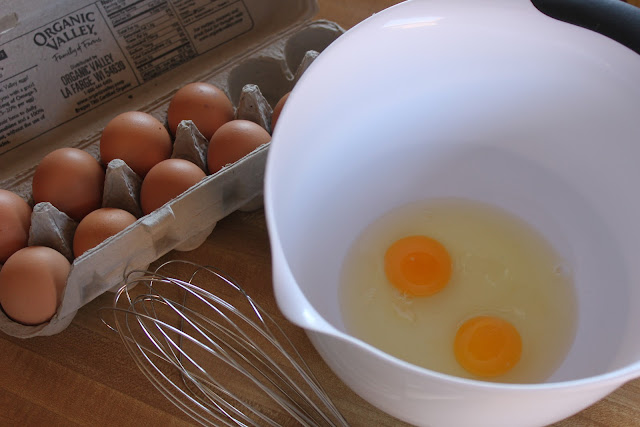 Whisk your eggs in a medium-large sized bowl. Add your coconut milk and whisk together with
eggs. 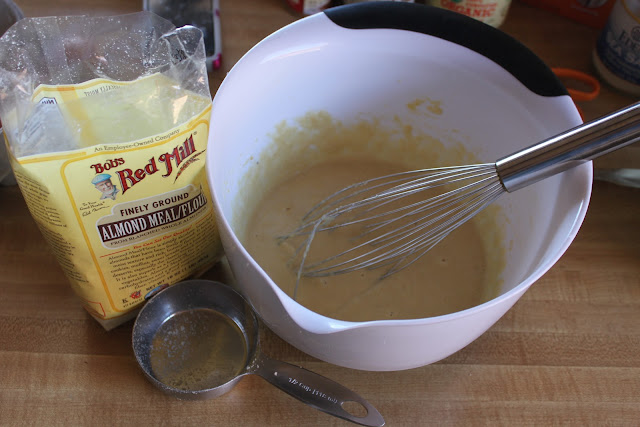 Next add your almond flour and mix together. 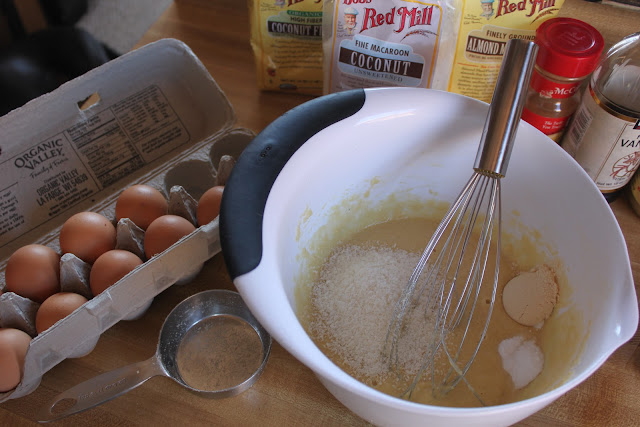 Then add your shredded coconut, arrowroot
powder, baking soda and mix together. Lastly, add in your honey, vanilla, salt and
cinnamon. Mix together thoroughly. 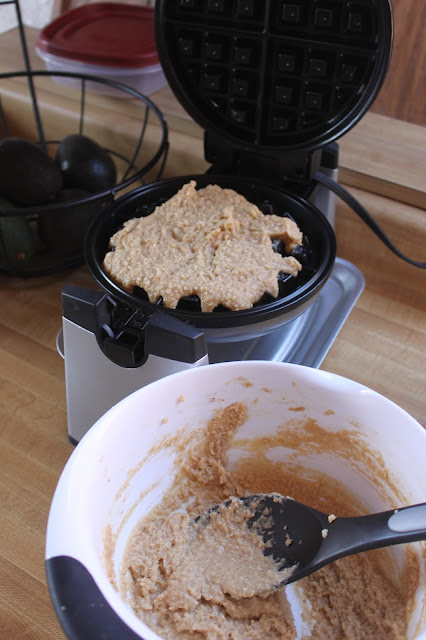 Pour into your waffle iron and cooking until
cooked through. It took about 4 minutes for mine to cook through and
crisp up. 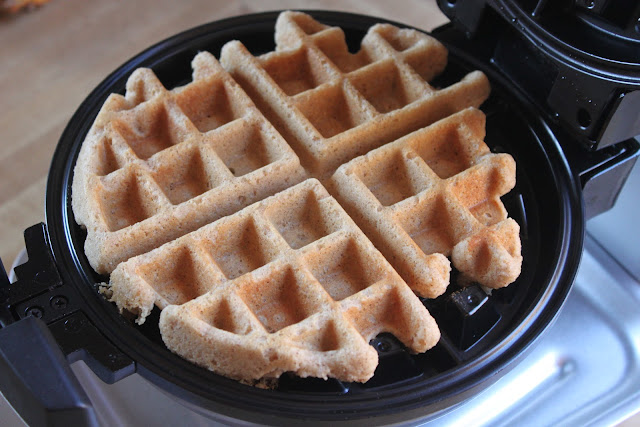 Notes: This made 3 full waffles for me.

Looks good right?
I was so excited when I opened the waffle maker because I thought “Wow, that actually looks like a normal waffle!” I am not a huge syrup person, so I wasn’t sure what to top it with. I ended up deciding on almond butter and raspberries because that’s what we had on hand. 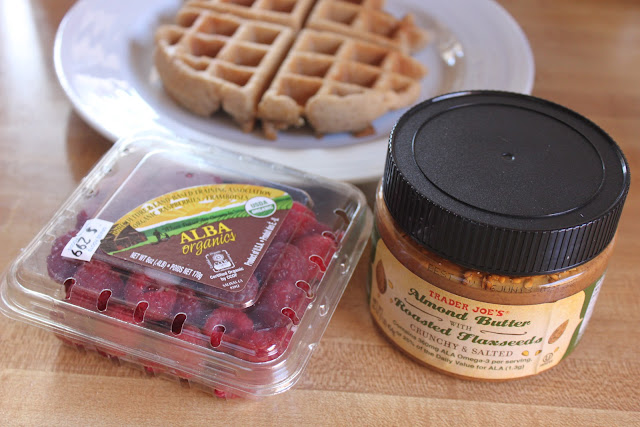 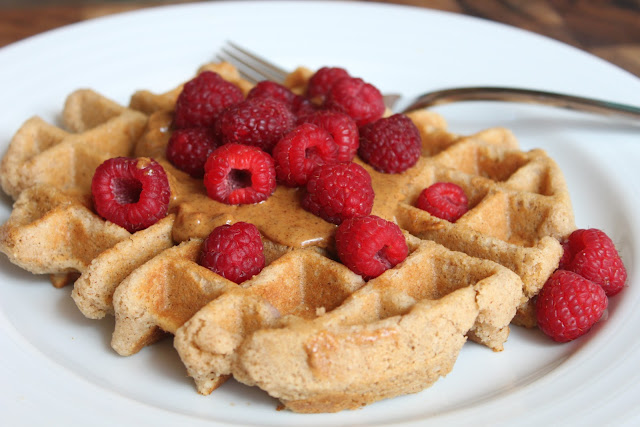 That’s because this stuff is not flour: 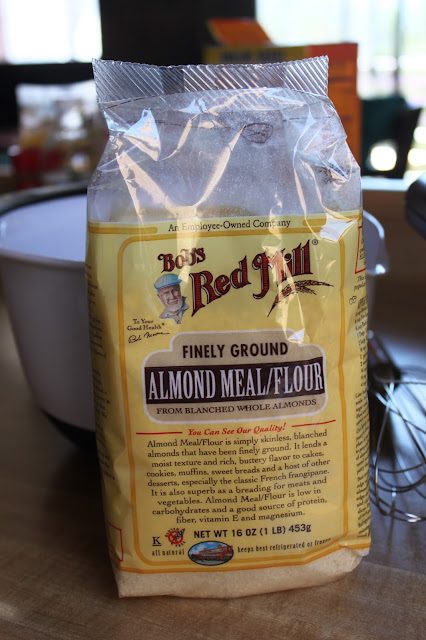 Don’t let the word flour on the bag fool you, almond meal in no way behaves like traditional flour and produces dishes with a much different taste/texture. Which is fine, if that’s what you’re expecting. But if you’re thinking that something like a waffle is going to taste just like a normal waffle, it’s not. This is really the problem I have with Paleo baking, the ingredients are expensive (that little bag of almond flour? $11.95!) and the results are sub-par (in my limited experience). Plus, for me personally if I’m going to try and make “Paleo” cookies or cake that’s going to cost me a lot of money to make and turn out like crap and contain a lot sugar anyway (for example, honey is technically Paleo, but that doesn’t mean you need to eat tons of it!) I’d just as soon make a normal cake and have a small slice.

Granted that is my own personal opinion, and I realize people have different thoughts on the subject.

And I’m not necessarily saying that I’m going to give up Paleo baking forever either, as I’m willing to try recipes that look interesting here and there. I’m just saying for me personally, I’d just as soon follow the Paleo diet closely 80% of the time and eat meat/veggies/fruits/healthy fats and indulge in traditional baked goods from time to time as opposed to trying to make everything I put in my mouth “technically” Paleo. Because like I said, just because a cookie is “Paleo” doesn’t mean it’s good for you or that you should have as many as you want.

I’m also not trying to knock this waffle recipe from PaleOMG as I don’t think it’s a bad recipe and it got a ton of great reviews. And the waffles didn’t taste bad, they just didn’t taste like normal waffles. I just think it is what it is, a waffle made with almond flour so it has a little bit grittier texture and isn’t necessarily fluffy like a normal waffle. However, Cameron was a huge fan of these waffles. He put some maple syrup (again, one of those foods that’s “technically” Paleo, but not good for you obviously!) on his and thought they tasted great. So maybe I just didn’t like them because I didn’t add syrup?

Either way, it’s a recipe that’s worth a try if you’re interested in Paleo baking. Just know what you’re in for and manage your expectations. Happy Tuesday everyone! Xoxo