Happy Thursday everyone!
I completely ran out of time to do a Wanderlust Wednesday post yesterday. I meant to talk about the things we’re hoping to do and see in Israel, but we are in the thick of trying to do research and actually book reservations so that’s taken precedence over blogging this week. However, I’m hoping to do a post next week with the details about what we’ll be doing in Israel, but in the meantime, ANY suggestions would be much appreciated. The issue is that we’re getting in to Israel on Thursday morning and we’re struggling to figure out what we should do on Shabbat (Saturday) as the buses won’t be running and many things will be closed. We’re also trying to decide whether or not to rent a car or not; on one hand it would be a much more convenient way to see the northern part of the country, on the other I feel it could be really stressful and way more trouble than it’s worth. And the biggest quandary of all, I’m still struggling to figure out what jacket to bring–I don’t want to be too hot, but I don’t want to be too cold…and what if it rains? Decisions, decisions.
Anyway, moving on to today’s topic–a delicious fall recipe! 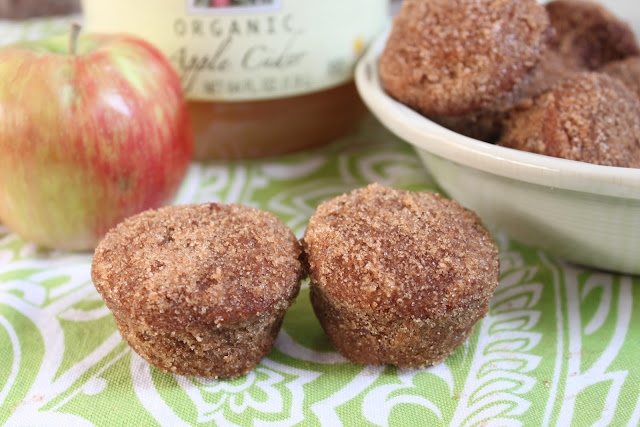 Baked Apple Cider Donut Holes…yum!
{Sidenote: This is my third post this week with the word ‘apple’ in title…ha!}
I’m also really excited about participating in a new link-up hosted by Katie from Keep Calm & Carry On and Steph from Beautiful Mess. The link-up is called Saw It. Pinned It. Did It. and it’s a chance to showcase great ideas from Pinterest that you’ve actually tried (as opposed to the 9381027 things we’ve all pinned and will probably never do). I think that this link-up is such a fabulous idea because sometimes Pinterest can be a little overwhelming, so it’s helpful to have people share things they’ve made that are actually worth trying!
I’ve been seeing these delicious apple cider donut holes all over Pinterest this fall and had been dying to make them, so last week I decided to finally give it a go! I pinned this recipe to my {inspired eating} board:
{Baked Apple Cider Donut Holes via Feastie}
The donut holes are baked in a mini muffin pan, so really they’re more like muffins…but they definitely have the texture of a donut. They’re kind of like a donut/muffin hybrid aka perfect for enjoying on a crisp fall morning with a cup of coffee. What really makes these so good is the fact that you brush them with melted butter and roll them in cinnamon sugar…amazing. Here’s the recipe, along with some more photos of how mine came out! 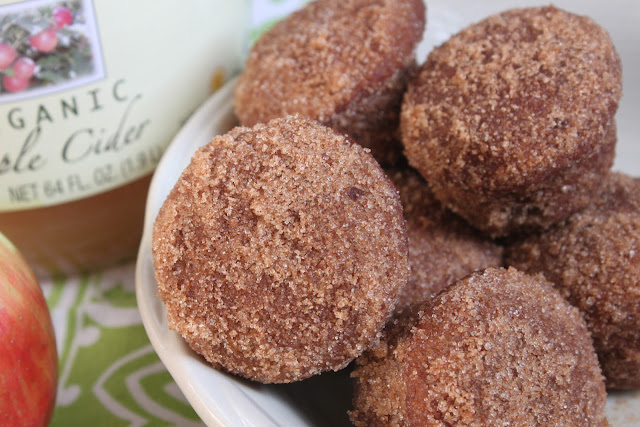 Baked Apple Cider Doughnut Holes
Recipe Source: Feastie
makes 36-48 mini muffins or “donut holes”
Ingredients:
2
cups flour (I ran out of flour and had to use half whole wheat…they still came out fine, but I’d suggest using normal white flour as I think it would have made them fluffier) 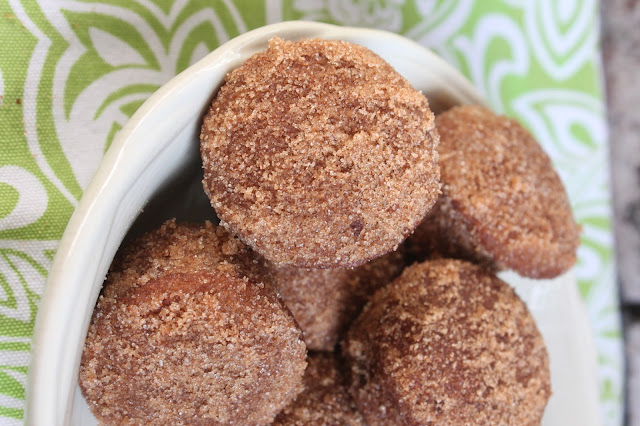 Instructions:
Alternatively, you can dust
the cooled donut holes with powdered sugar; I prefer the texture of the
cinnamon sugar, so I went in that direction. You can also omit the
butter – the cinnamon sugar sticks nicely to the donut holes.
{I wouldn’t suggest it…the butter makes it!} 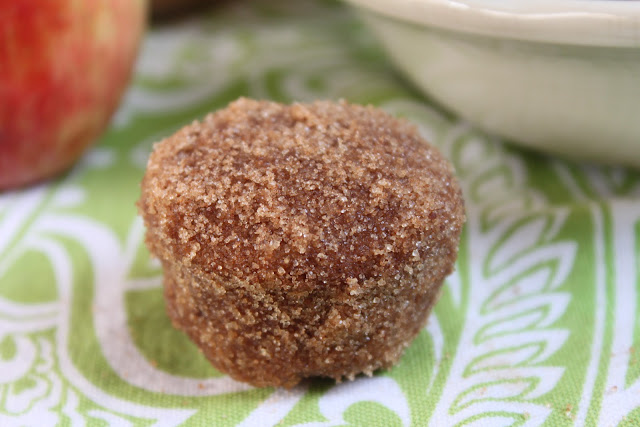 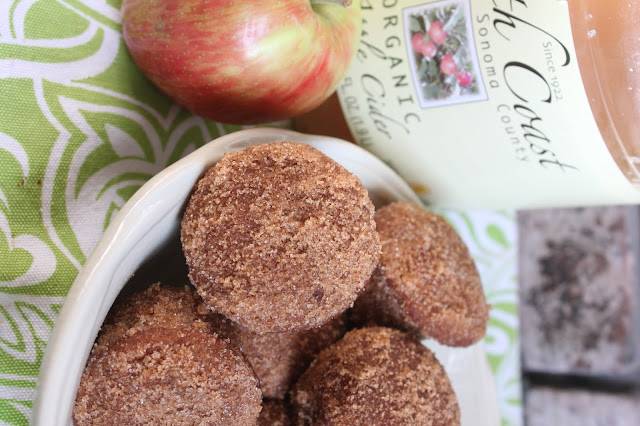 So there you have it, delicious apple cider mini donuts without having to make a trip to the apple orchard! {Although I’d still suggest going to the apple orchard, we had a blast there this weekend!} They’re such a perfect fall treat, and I’m so glad I gave them a try. Cam took them into work last week and they got rave reviews! 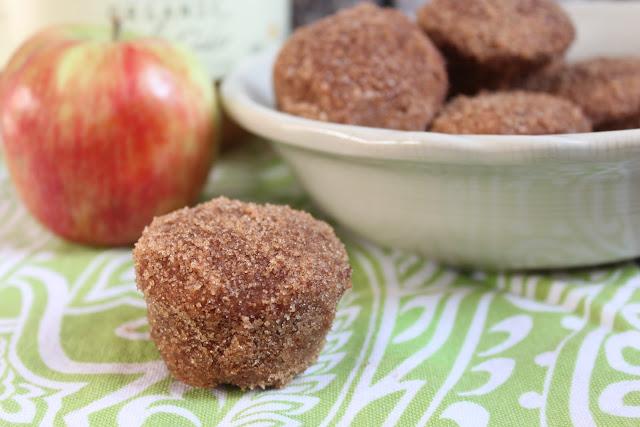 Once again, {a sarcastic} thank you Pinterest for providing a constant source of temptation for delicious baked goods that I shouldn’t be eating! Come link-up with Steph and Katie as I’d love to see what Pinterest has inspired you to make! Have a great day everyone! Xoxo