Longest post title ever…but I promise the recipe is amazing. 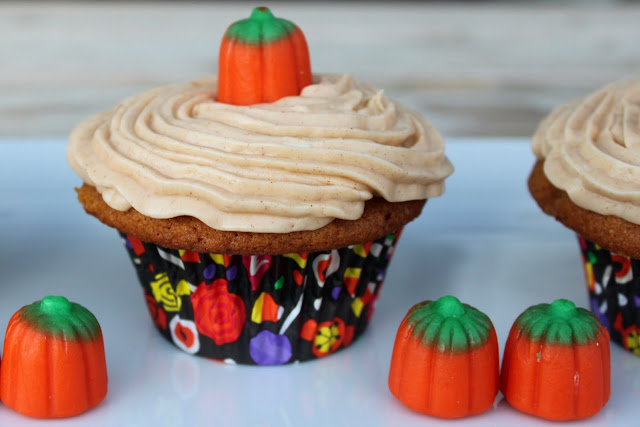 First off though, I wanted to talk a little bit about where we’re at the with the Paleo diet, because I’ve been posting a lot of baked good recipes lately so I felt that it was necessary to post a somewhat of disclaimer. Back in the beginning of the year, we were adhering more strictly to the Paleo lifestyle and saw a lot of positive changes. Now we’re at a place where it’s more about finding a balance between being healthy and enjoying the things we love. Baking is one of my favorite things to do, especially at this time of year. I’ve really been enjoying trying out fun fall recipes and I have a feeling this trend will only continue as we get closer to the holidays. However, I have to admit that eating more grains/sugar lately has only reminded me of why we started eating Paleo in the first place. As much as I love sweets, I don’t love the way they make me feel–lightheaded, sluggish, and just downright gross. So although we are indulging here and there, we’re still trying to do our best to continue to eat healthy as much as possible, while still enjoying our favorite seasonal foods. And it all goes back to one of my main principles when it comes to eating–if you’re going to indulge, make sure it’s something that’s worth it, meaning make sure it’s something that you love and that’s really delicious.

*End disclaimer*
So now that we got that out of the way, on to today’s recipe! And let me tell you, these cupcakes are definitely worth the effort and the indulgence! 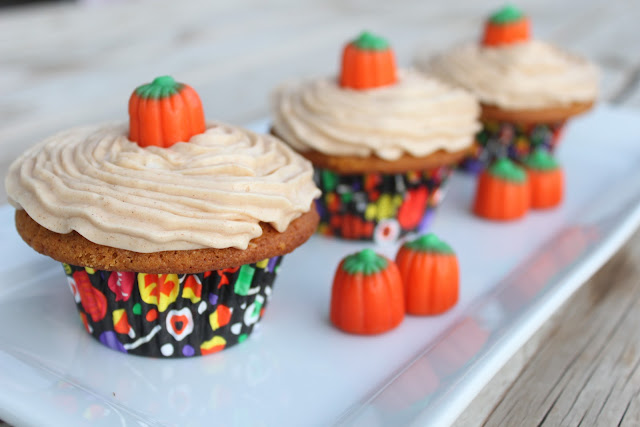 Super moist pumpkin cupcakes that have a fantastic depth of flavor thanks to the addition of brown butter, topped with sweet cinnamon cream cheese frosting. They’re basically fall perfection in cupcake form. 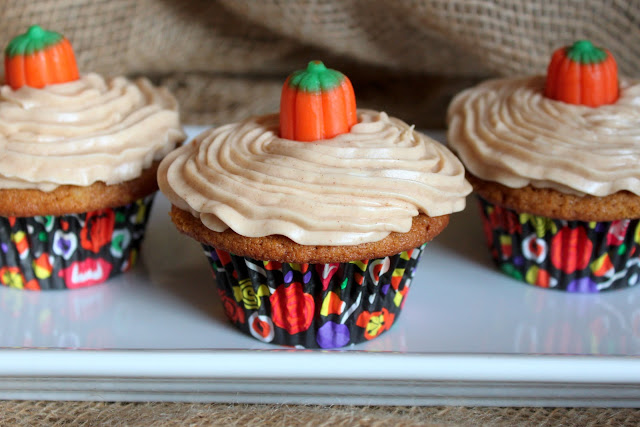 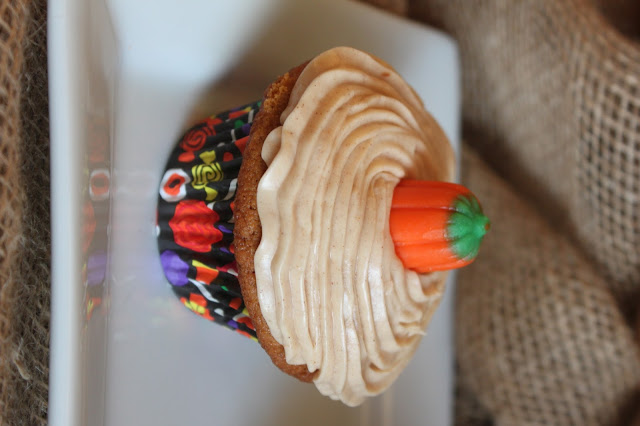 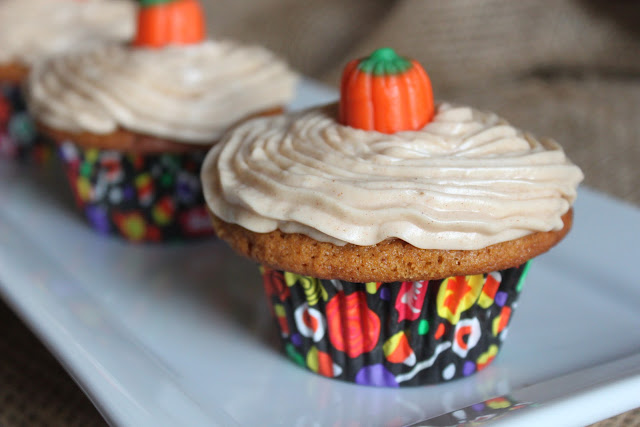 3. Divide batter evenly among liners, filling each about halfway.
Bake until tops spring back when touched, and a cake tester inserted in
the center comes out clean, 20 to 25 minutes, rotating pans once if
needed. Transfer to a wire rack; let cool completely. 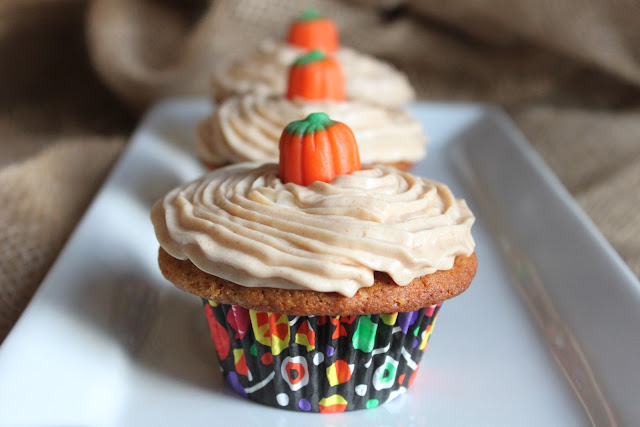 *Note: I used this frosting recipe instead of the one from My Baking Addiction because I didn’t want it to be too cream cheesey…but this particular recipe, while delicious, doesn’t make quite as much frosting and I ran out with two cupcakes left…just FYI!* 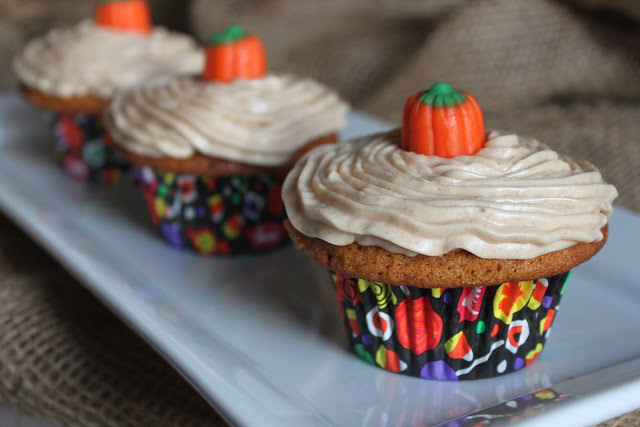 These would be perfect for a Halloween party, they’re seriously SO good. So even if you don’t have anything going on tomorrow, make these anyway and have your own party because everyone knows a batch of cupcakes is reason enough to celebrate! Xoxo 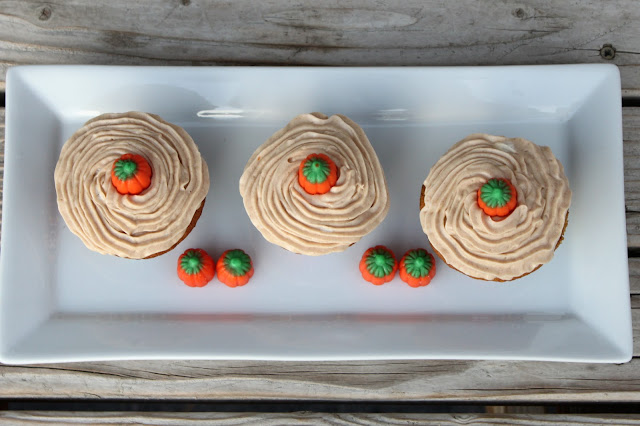