After getting back to Tahoe after the holidays, Cam and I were really excited to get out on the slopes for the new year. We’ve spent the past two weekends skiing, and I wanted to share a few photos as we’ve had some great days on the mountain so far in 2013.

We’re extremely fortunate that we live so close to such great skiing here in Tahoe. Heavenly is one of Tahoe’s main ski resorts that encompasses both Nevada and California, and our house is really close to the lifts on the NV side. This is our second year having season passes and we are loving it once again! It’s awesome because we can ski any time, but we also have the freedom to go home if the conditions aren’t good, plus it’s convenient since we live so close. But so far this year, the conditions have been great!

The first weekend of January was our first time out this season, and it was nice because our friend Neil was visiting. Our friend Aaron (who lives in Reno) has a season pass also, so the four of us made a day of it on Saturday! (Aaron and Neil were both in Cam’s fraternity at Michigan, just fyi) The weather was really nice, so much so that both Cam and I decided to forgo wearing our normal heavy ski coats and just wear our softshells instead…which was a good choice because it was definitely a warmer day! We were able to get a lot of runs in and stayed out pretty much the entire day. Heavenly has extremely scenic views of the lake from so many of the runs, and I love that they have photographers that will take your picture for free and it uploads automatically to Facebook with my season pass. I convinced the guys to stop for photos, and here are a couple of my favorite shots from the day, along with some photos that I took: 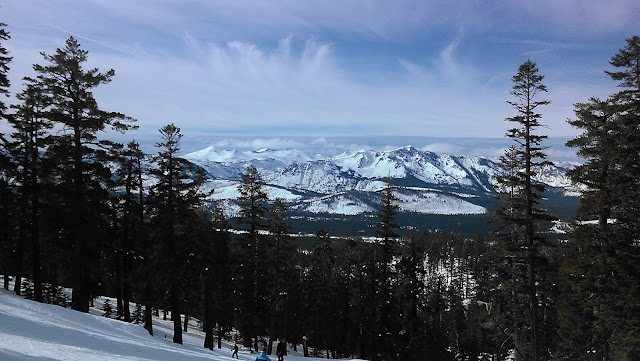 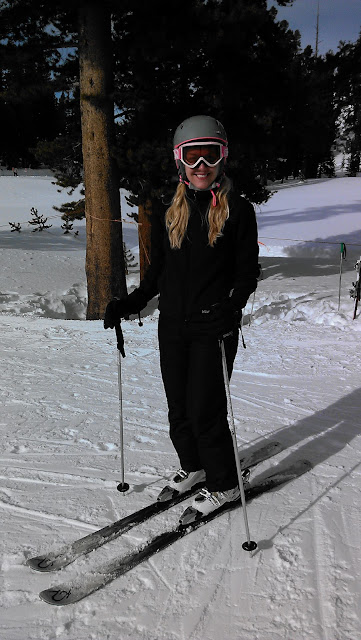 This past Saturday, Cam and I went skiing on our own and had another fantastic day. However, it was cold…as in -9 degrees when we woke up that morning! (That was according to my phone…not sure if it was actually that cold, but it felt like it!) We got on the lifts around 10am and it was still pretty frigid at that time, however, it was an absolutely perfect bluebird day! The sun was shining, it was so crisp and clear, and I swear, the views of the lake were even more amazing than usual! Cam and I didn’t have any pictures take (we were too cold to stop!) but I was able to snap a few photos with my phone of this gorgeous day before we headed home around 2pm.

I definitely think that Heavenly is by far the best place to ski in Tahoe, just because the views of the lake are simply unbeatable. However, our passes do give us access to two of the other resorts in the area, Northstar and Kirkwood, so we’re planning doing some skiing there as well in the weeks to come. This upcoming weekend, Cam and I both have Monday off for MLK Day so I’m looking forward to spending some more time out on the slopes! I’m still not the best skier, but I am improving…and I could not be learning to ski in a more beautiful place, that’s for sure! I’ll definitely be posting more pictures throughout the season, but in the meantime, follow me on Instagram to keep up with all our skiing adventures!

Hope your week is going well everyone! Xoxo