Hello, hello! Even though it’s been almost three months since our trip to Israel, I’m still in the process of sharing the photos. We had a pretty packed itinerary and took a lot of pictures. However, things have been a little busy since we’ve been back with the holidays and getting into the groove of the new year, but I’ll share them all eventually!

I left off with our time in the Galilee region (so northern Israel) and from there we drove south towards the Dead Sea. We actually had to drive through the West Bank, which like the Gaza Strip, is a disputed area. However, we were told that the Israelis and the Palestinians have a peaceful agreement regarding the West Bank and that we wouldn’t have any issues driving through. I thought we’d have to stop at a check point, but we were never stopped entering or exiting and didn’t have any issues at all. Whew!

When we got down to the Dead Sea, we headed to the Ein Gedi Kibbutz to check in. I really wanted to stay experience staying at a kibbutz during our trip (kibbutzim are collective, pastoral communities in Israel which were formed to be utopian societies primarily based around agriculture, but are now popular places to stay for tourists) and Ein Gedi was definitely a good choices. While the rooms weren’t all that great, the grounds were very pretty and the location is great for experiencing the Dead Sea. 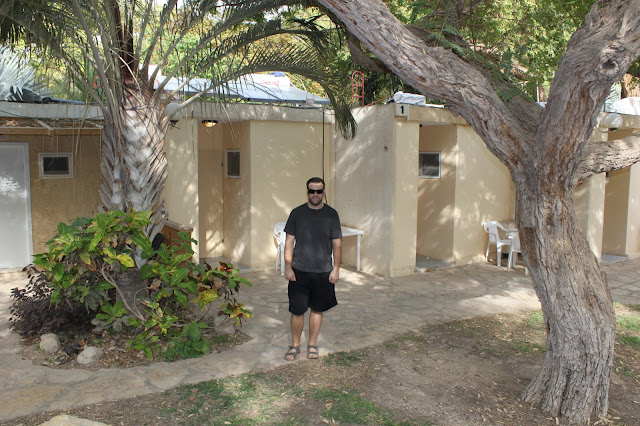 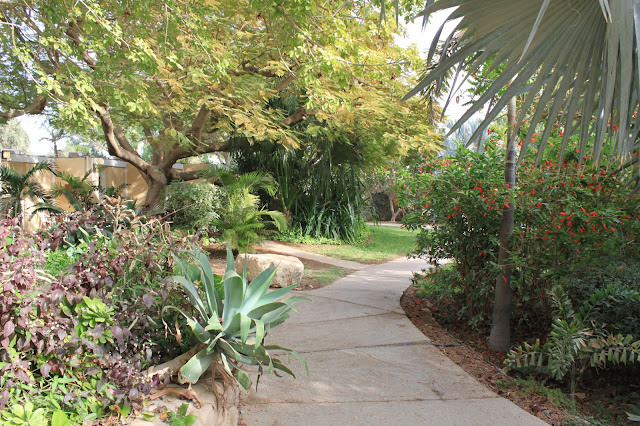 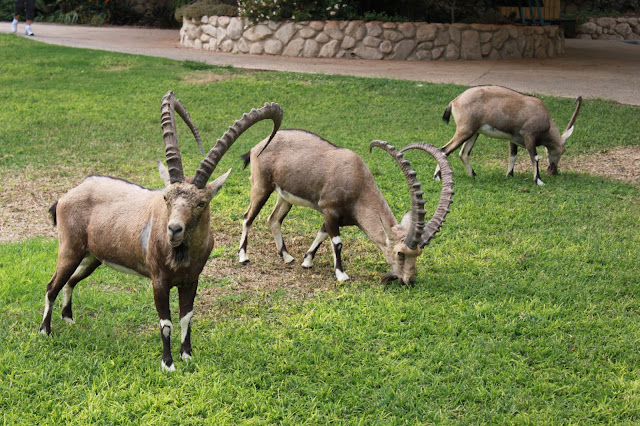 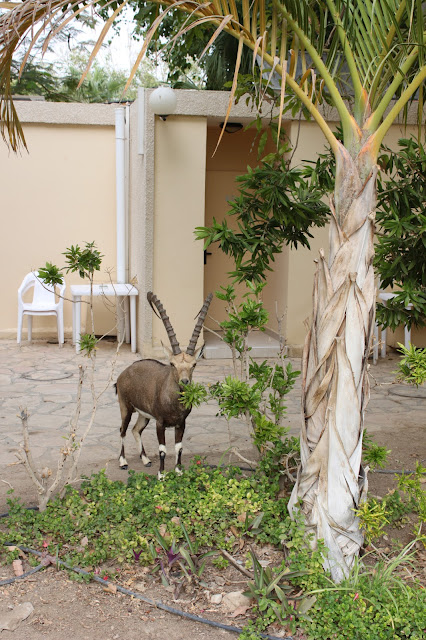 After getting settled, we decided to head down to check out the Dead Sea! It was late afternoon when we visited and it was actually kind of overcast and even rained a little, which I think is kind of rare for the desert? We still had a great time though and it was so neat to say we’ve floated in the Dead Sea!! (Also, these photos from the Dead Sea were taken with Cam’s cell phone, so they’re not the greatest quality, just FYI) 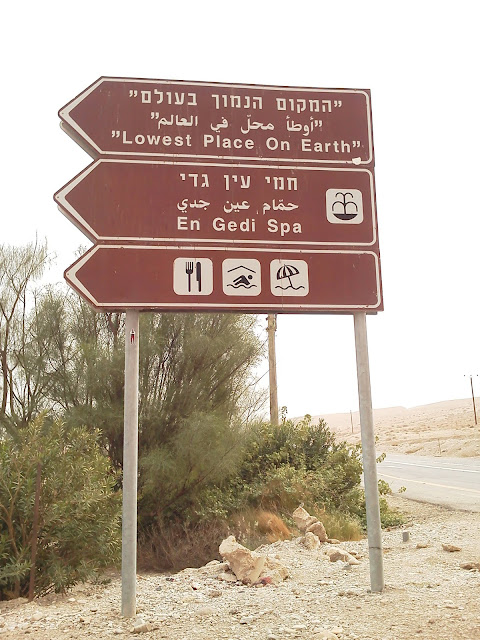 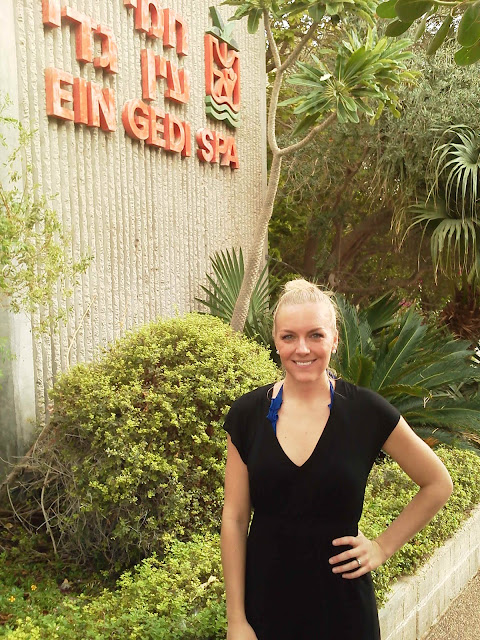 After our afternoon at the Dead Sea, we headed back to the kibbutz for dinner…and played with a few more cats. Ha. 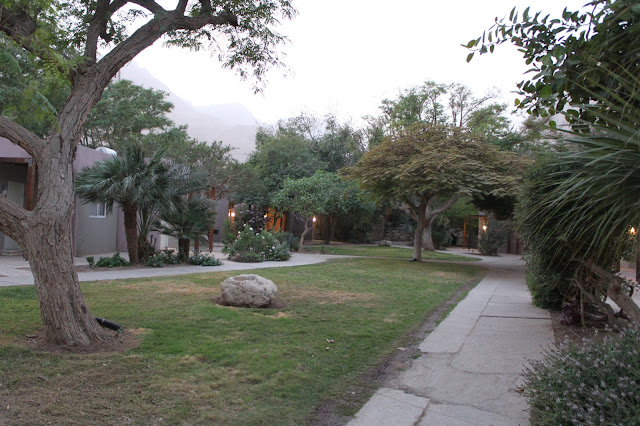 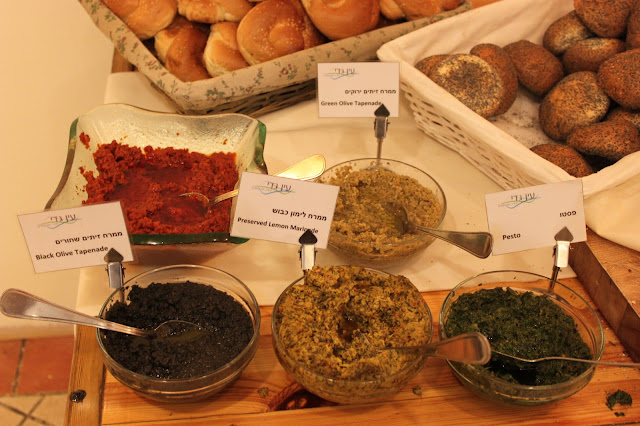 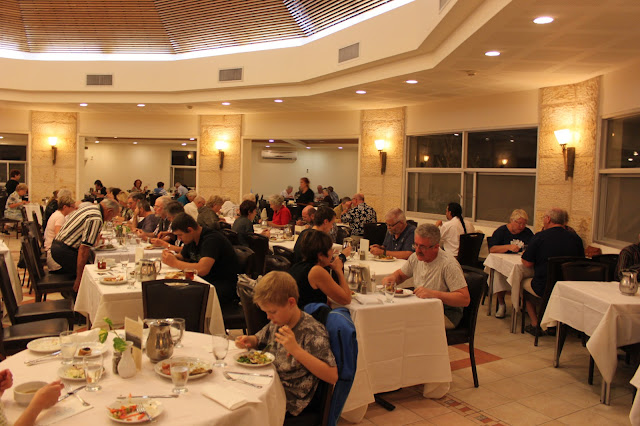 The next morning, we got up super super early to go hike Masada at sunrise! Masada is an ancient fortification overlooking the Dead Sea, and apparently Israel’s most popular paid tourist attraction. The spot is most well known because of the Siege of Masada, where a large group of Jewish rebels committed a mass suicide to resist being overtaken by the Romans. (And apparently there was a mini series about Masada in the 1980s?) You can take a cable car up to the top, but we had heard the best way was to hike the Snake Path up to the top to watch the sunrise. The hike took us about 40 minutes and was definitely steep! However, the stunning views at the top were worth it! 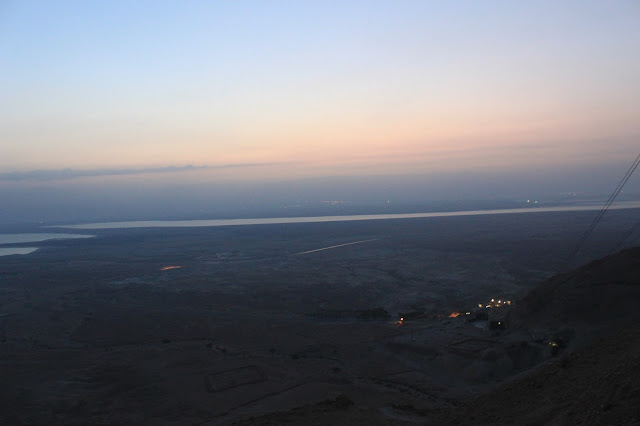 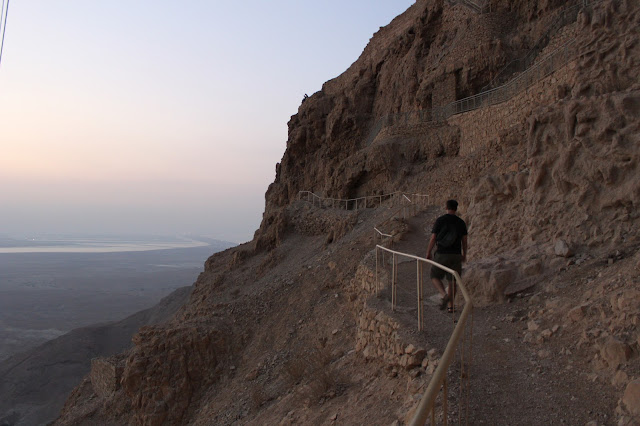 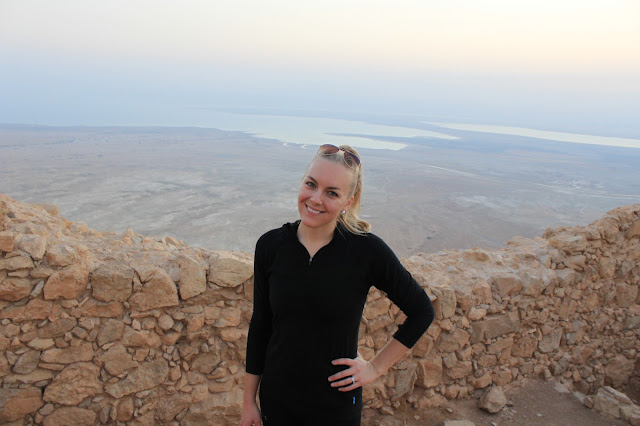 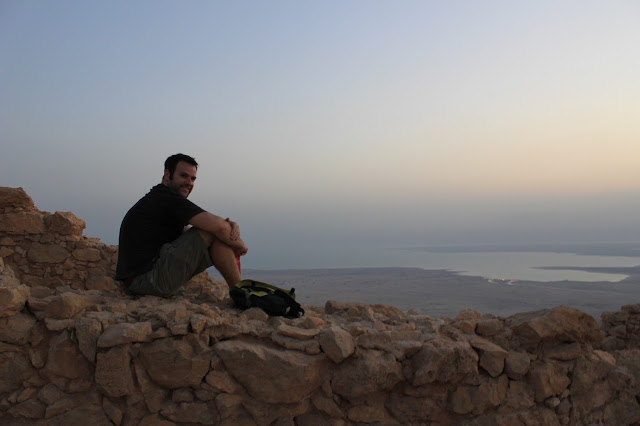 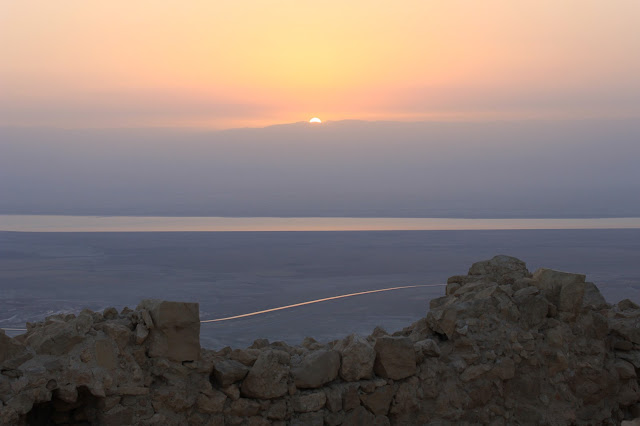 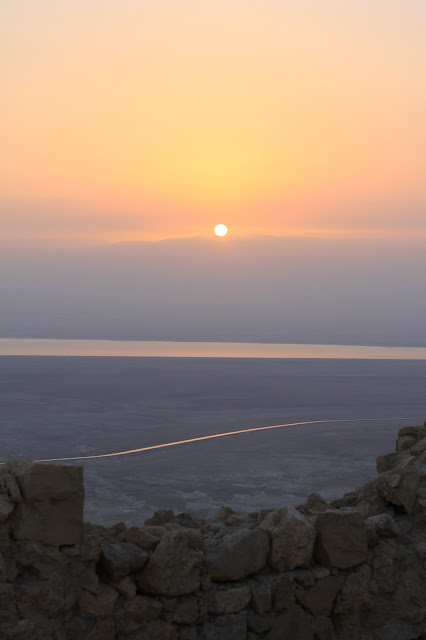 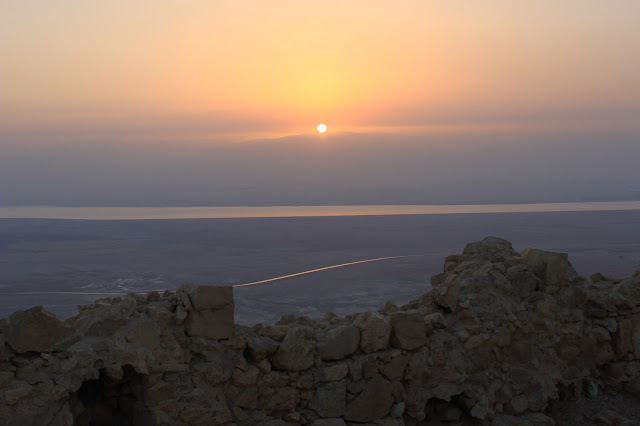 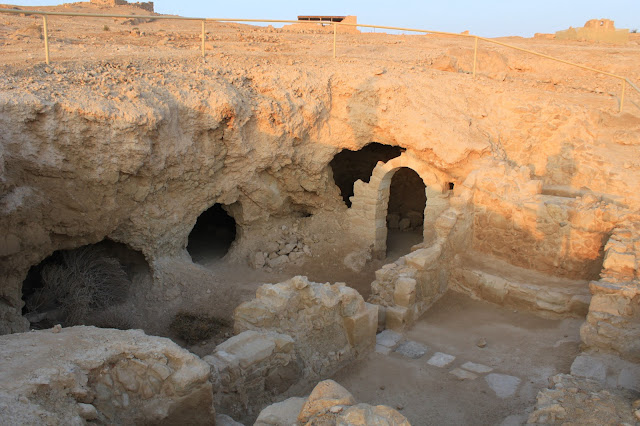 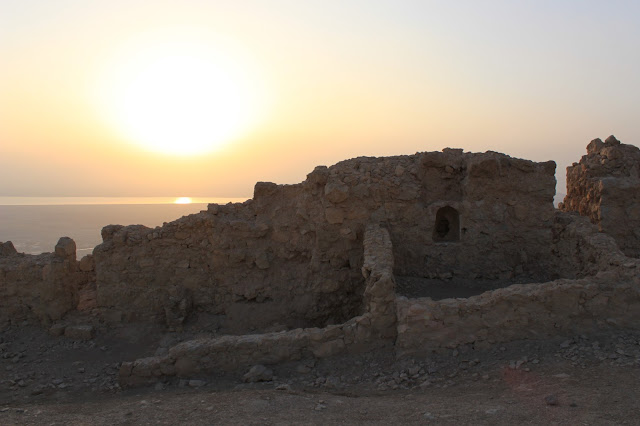 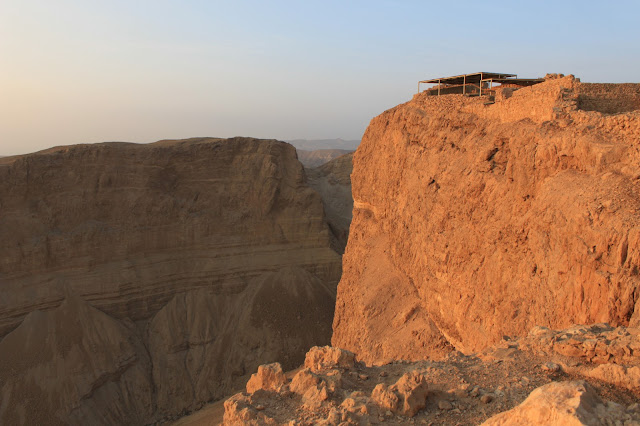 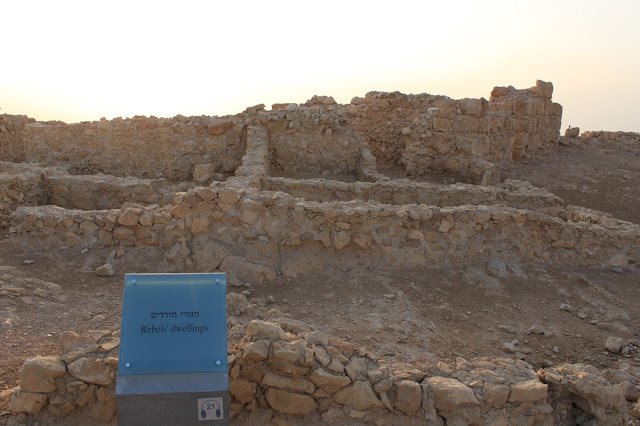 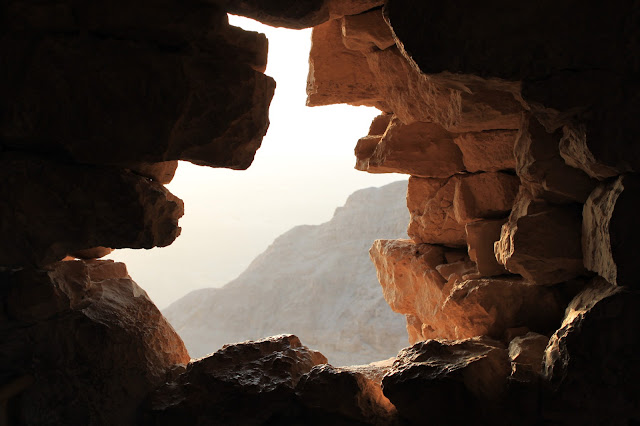 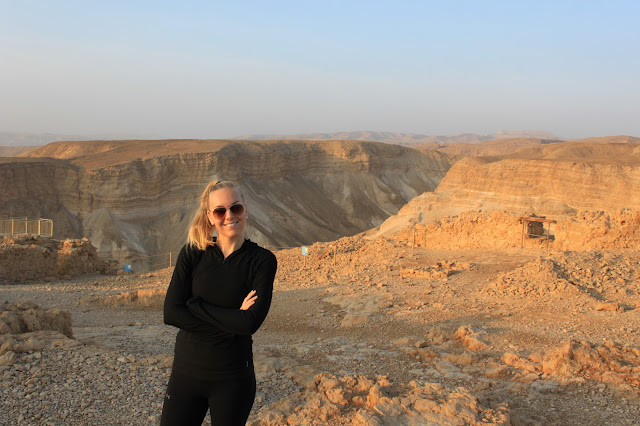 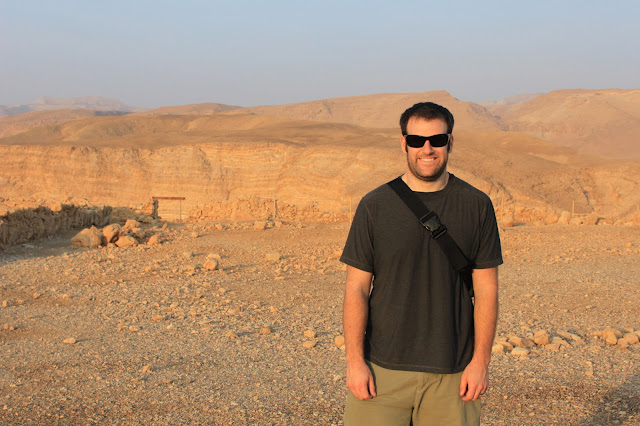 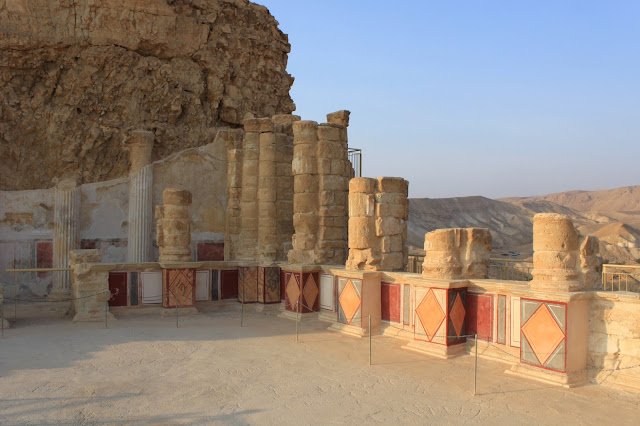 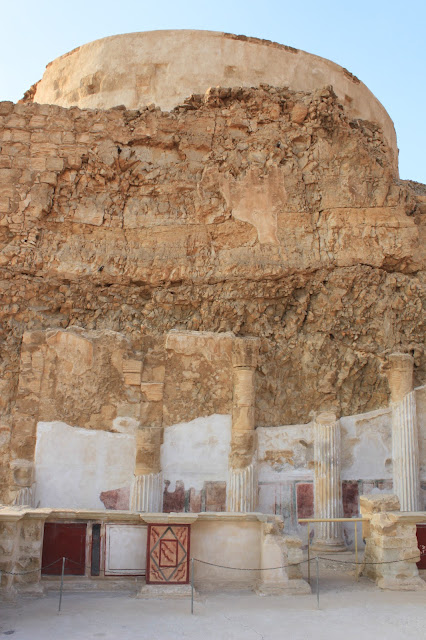 After our hike, we were definitely hungry so we headed back to the kibbutz to have a big Israeli breakfast. They go all out with tons of choices for breakfast over there, and they’re really big on salads in the morning, which is kind of different than the US. Overall, we really enjoyed the food at Ein Gedi, and it was some of our favorite we had on the trip. 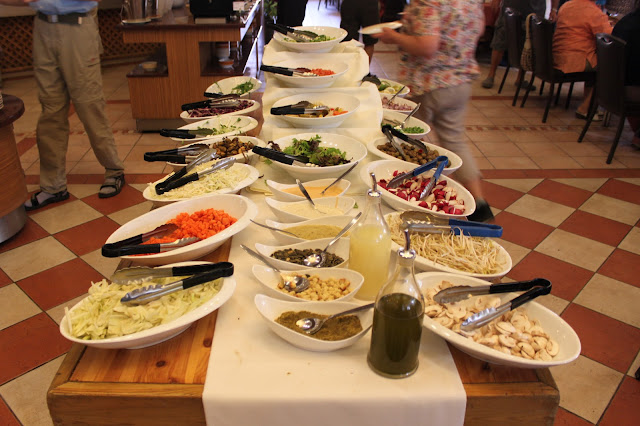 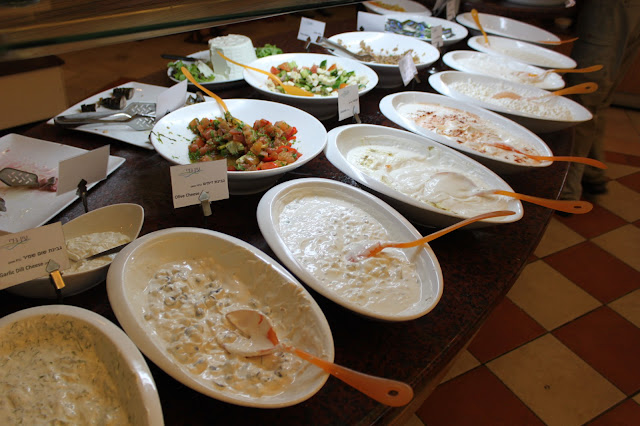 We only stayed at Ein Gedi for one night, but I felt it allowed us to see everything we wanted to. However, it’s definitely an extremely relaxing area so I see why it is a popular vacation spot. I managed to get one last shot of the Dead Sea before we drove away and headed towards our final destination–Jerusalem! 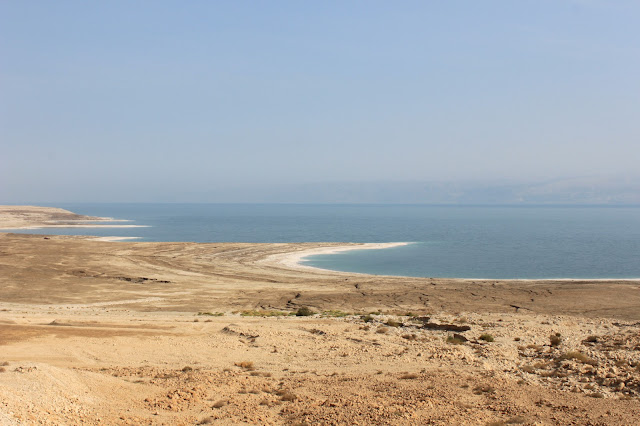 I’ll be sharing those photos (hopefully) soon, but for now I hope you enjoyed another glimpse into our trip to the Middle East! That’s all for me today, I hope everyone is having a fabulous week! Tomorrow’s Friday! Xoxo