Happy Monday friends! How was your weekend?
My weekend was relaxing and low-key. Cam was actually at a Michigan alumni retreat from Thursday night through Sunday morning in a part of Tahoe about an hour away from our house, so I was by myself pretty much all weekend. (The retreat was mainly for engineers, hence the reason I didn’t go!) As much I as I hate it (and still never sleep well) when Cam is gone, I actually had a really nice few days of “me” time. Thursday night, I took a relaxing yoga class and watched the 30 Rock finale. Friday, I took a class at our gym and went out for fish tacos and drinks with some girlfriends. Saturday morning, I was going to go skiing but it was overcast and so much snow has melted recently that I figured it wasn’t worth it. I slept in instead, caught up on episodes of the New Girl, and spent the entire day in the kitchen! It was awesome. I love to cook/bake, but I don’t always have the time that I’d like to devote to it. It was so great to just stay in my sweats all day, listen to Disney Pandora, and try out some new recipes. Plus, because I was cooking during the day, I was actually able to get some halfway decent photos of what I made…a great day in my book! I made about 7 different dishes over the course of the weekend, and I’ll be sharing all the recipes with you in the coming weeks.
First up? Ice cream! Because it’s Monday and that calls for a big bowl in my book! 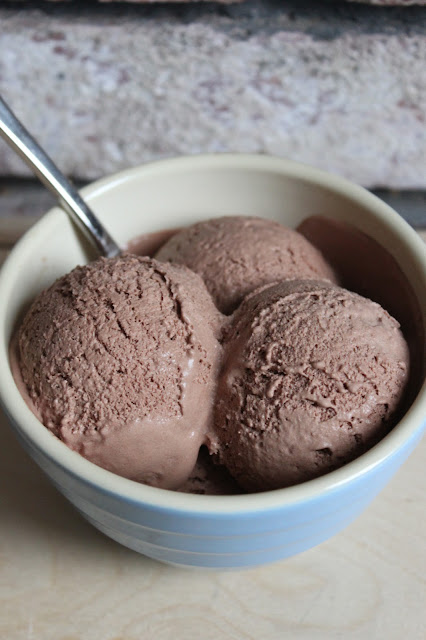 Ice cream is one of my favorite indulgences, but since moving to eating a more Paleo-based diet a year ago, we have been trying to limit our intake. However, in the meantime we’ve also discovered the joy of coconut milk ice cream–it’s really tasty, plus coconut milk has a lot of awesome health benefits. We absolutely love all the products we’ve tried from Luna & Larry Coconut Bliss, however, they’re fairly pricey (as in $7+ for a pint of ice cream). But being the resourceful cook that I am, I decided I wanted to try and make my own coconut milk ice cream (I say why spend money on expensive ice cream when you can spend it on more important things–like shoes?!) and this weekend I finally got around to it! 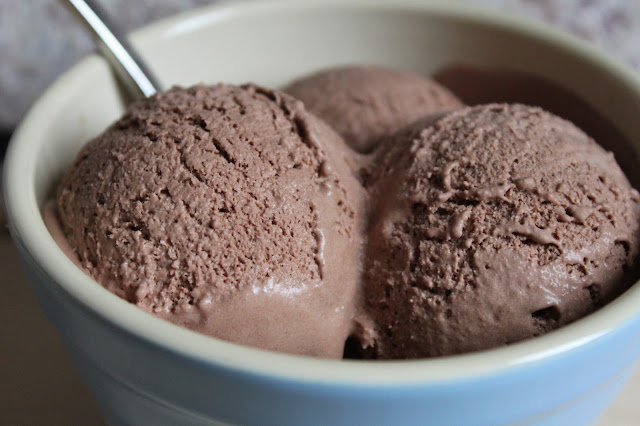 The simple recipe I followed used two cans of full fat coconut milk, cocoa powder, and some raw honey from the local health food store. The result? DELICIOUS! This stuff was incredibly creamy and the recipe made at least 3 pints of ice cream–so definitely a huge cost savings from buying it pre-made. So while this ice cream is definitely still a treat, I can feel better about indulging because I know exactly what’s in it and that there are no weird chemicals or preservatives. And it just tastes freakin’ amazing! 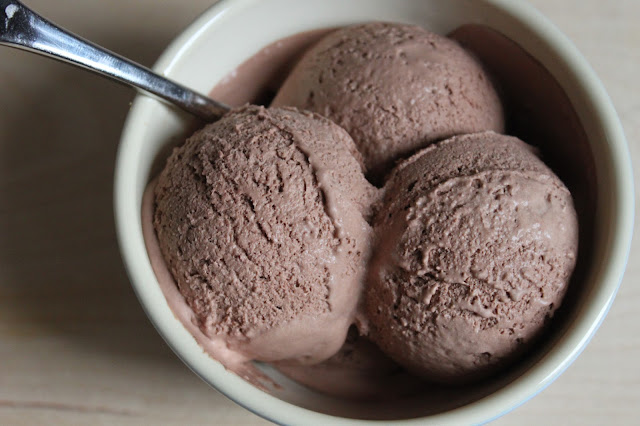 14-ounce can full-fat coconut milk (refrigerate before using if possible–I didn’t do this and it was fine)
14-ounce can light coconut milk (I actually just used 2 cans of full fat coconut milk and my ice cream was super creamy!)
½ cup honey
⅔ cup cocoa powder
¼ teaspoon cinnamon (I omitted this as I wanted plain chocolate ice cream, but I think I’m definitely going to add it next time!)
Pinch kosher salt 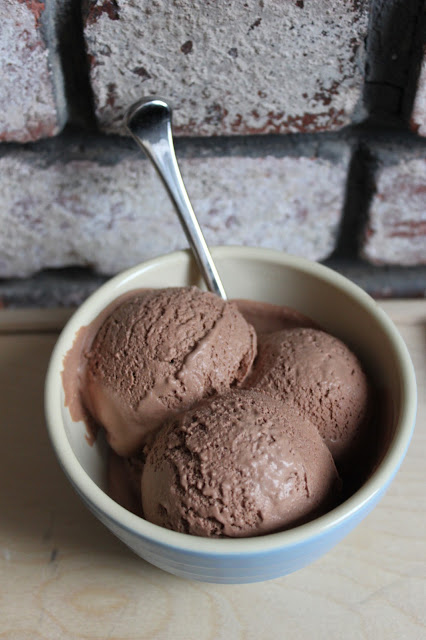 I’d highly recommend making this ice cream ASAP! And now that I’ve had success with it, I’m planning on giving some other flavors a try soon!
As for the rest of the weekend, I went to the movies with a friend on Saturday night and saw Silver Linings Playbook (loved it!) and I finished the book I’ve been reading. Yesterday, Cam got home from the retreat and it was great to see him! The weather was gorgeous so we were able to take Lola for a couple of walks, and I got some more cooking in (I was seriously on a roll this weekend!). Finally, we went over to watch the Superbowl with our friends the Schues and had a great time hanging out with them as always. I wasn’t super into the game and overall was underwhelmed by the commercials I saw…but I loved Beyonce/Destiny’s Child! We ate wayyy too much delicious food, and I’m honestly still stuffed this morning! I’m really looking forward to sharing some more recipes with you ASAP, but in the meantime, have a great week everyone! Xoxo