Good morning and happy Wednesday everyone!
Life has been very busy (but awesome!) lately, and it hasn’t left much time for blogging, but that’s ok. We took a red-eye flight on our anniversary to head to Michigan for a wedding, then last Wednesday we flew from Michigan to South Carolina for another wedding, and only arrived back in Tahoe earlier this week after 11 days of travel! Needless to say the past few weeks have been somewhat of a whirlwind! I have tons of photos to share from our trip, along with recipes and other fun posts planned, so stay tuned for all that in the coming weeks!
In the meantime, I wanted to share some photos from a very special experience earlier this month. Awhile back, I entered to win a giveaway on Facebook from Getaway Reno Tahoe for a Tahoe Sky Ride for Two in a glider from SoaringNV. You can imagine my surprise and excitement when I received an email that I had won! To be honest, after the initial happiness about winning wore off I started thinking “Wait a second, what did I win?” because I really didn’t even know what a glider was! I learned that it’s basically a small plane without an engine that gets towed into the air by another plane and then “glides” through the air, and Soaring NV offers a variety of different types of rides (along with lessons on how to fly the glider!). I’ll admit, the whole idea  made me a little nervous, but I signed Cameron and I up to redeem my free Tahoe Sky Ride for Saturday June 1st and hoped for the best.
When we got to the SoaringNV office (which is located by the Minden-Tahoe Airport), I felt much more relaxed because everyone was really nice and did a good job of explaining everything to us. We filled out some paper work and then headed out to get in our glider! 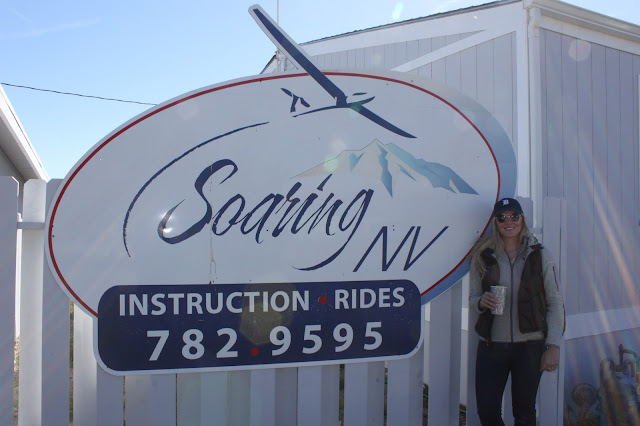 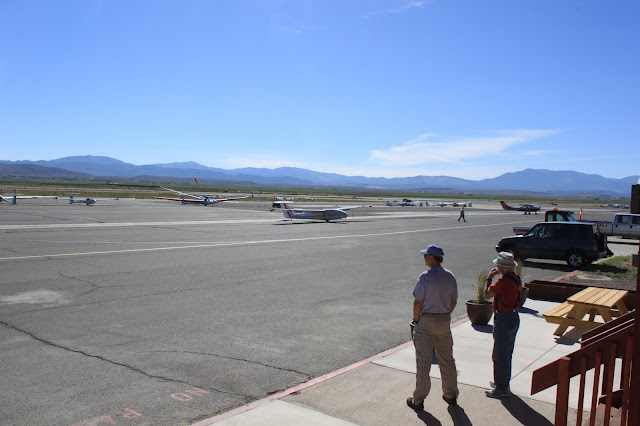 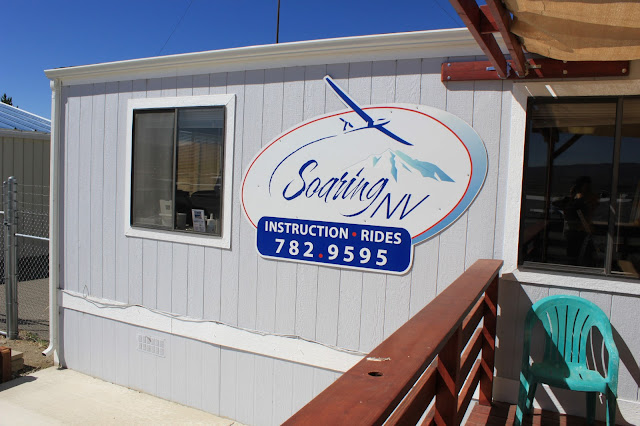 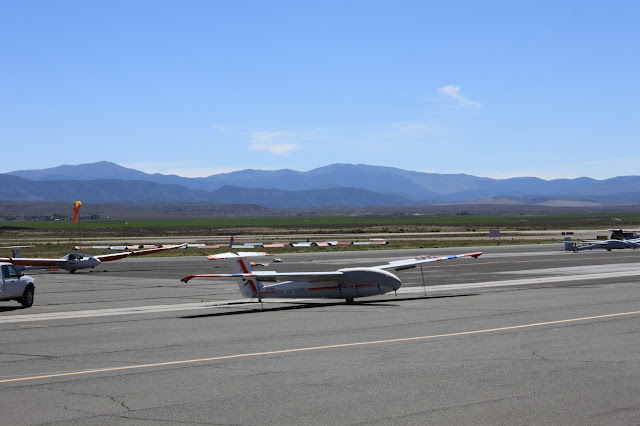 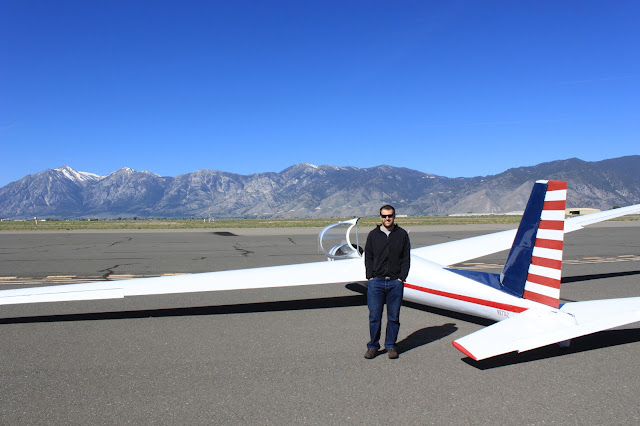 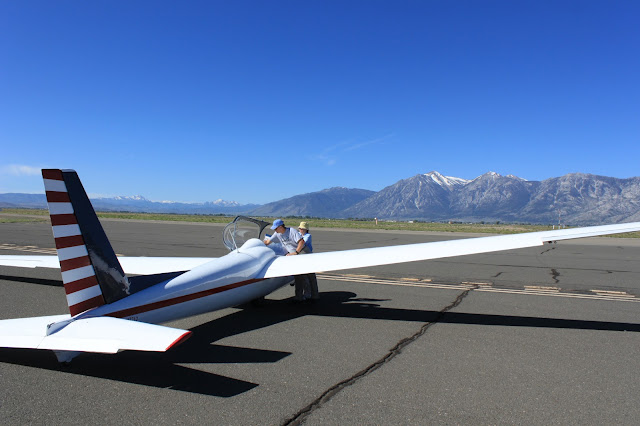 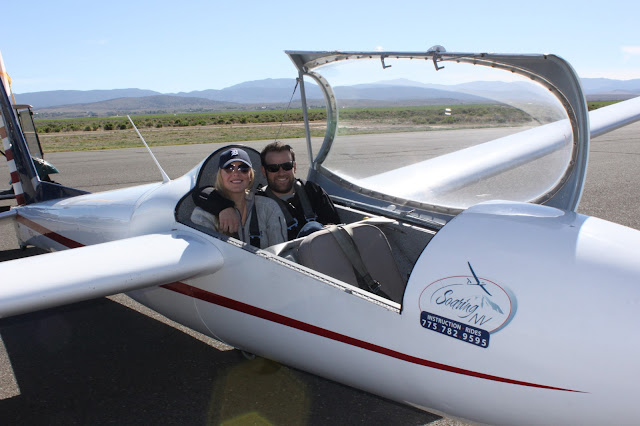 After Cameron got buckled in, I got situated and we were ready to take off! Although the glider we rode in could technically accommodate two passengers, it was a pretty tight squeeze! (There is a weight limit too, just FYI) But even though it was a little bit cramped, Cameron and I were comfortable enought and ready to start gliding! (There was a cover that went over top of the glider for the ride as well, so I would definitely not recommend doing this if you’re claustrophobic!) Our pilot did a great job of explaining everything to us and it was so exciting for our tow plane to take off and pull us into the air! 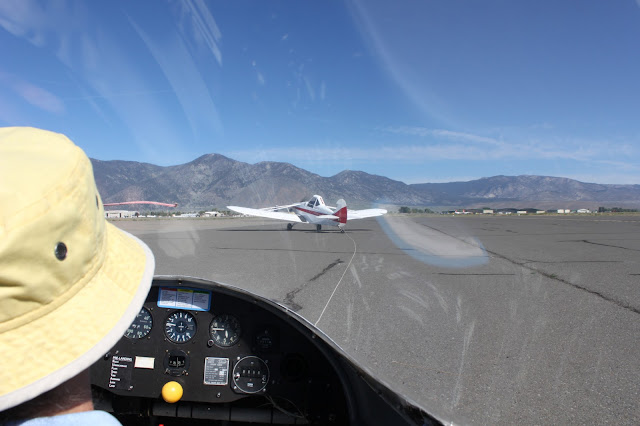 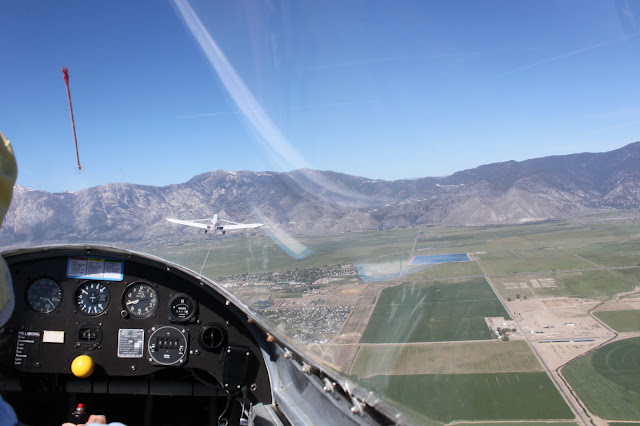 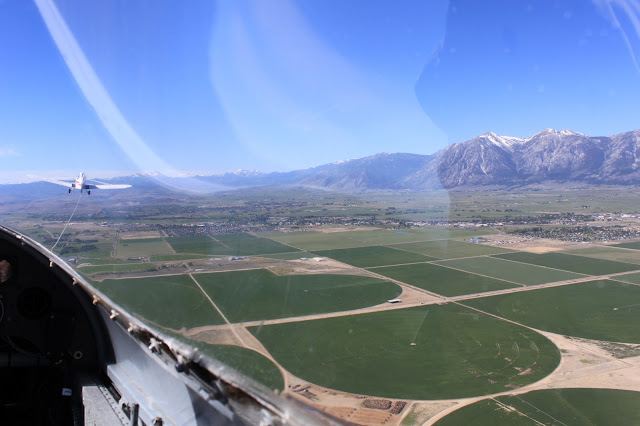 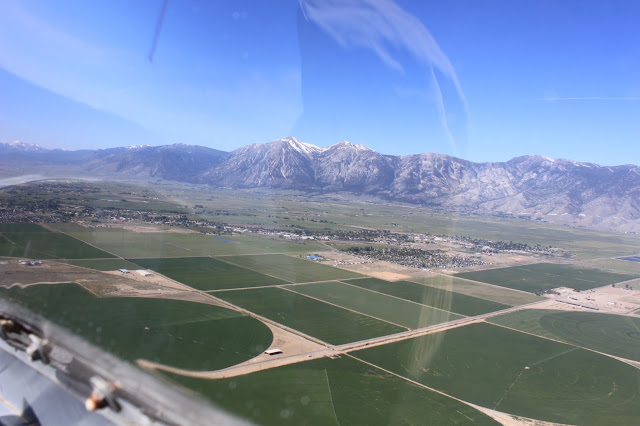 Once we were off the ground, we were able to get some awesome views of the Carson Valley! Because the glider doesn’t have an engine, the ride was incredibly quiet which Cam and I both thought was really cool. After circling around the valley a few times to gain some height, we headed towards the mountains to get a look at the lake! 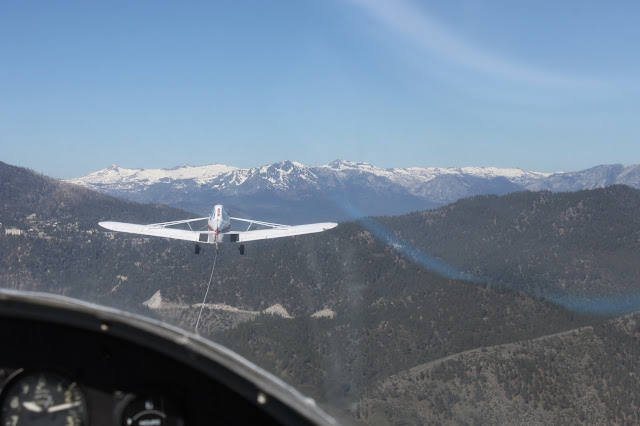 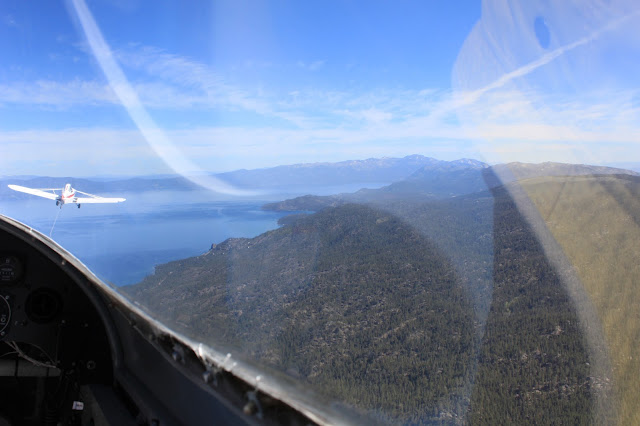 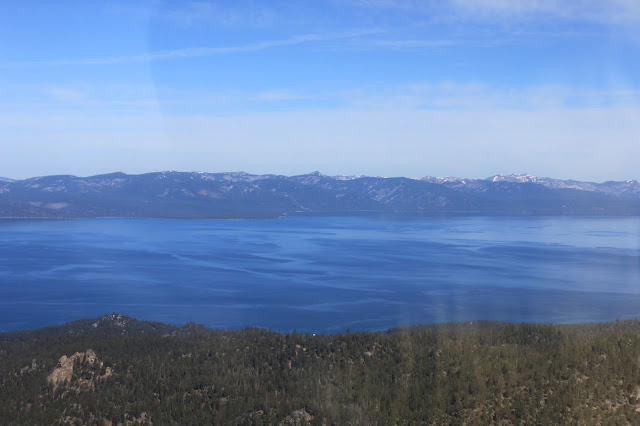 The views of the lake coming up over the mountains was absolutely breathtaking! The Tahoe Sky Ride does not actually take you out over the lake, but rather it takes you along the mountains so you can get some incredible views. This was also about the point in the ride where our tow plane disconnected from us, which was kind of weird but cool. It was so amazing to be in this silent glider just sailing above the mountains looking out at the bright blue water! I snapped a ton of photos (obviously), here are some of my favorites: 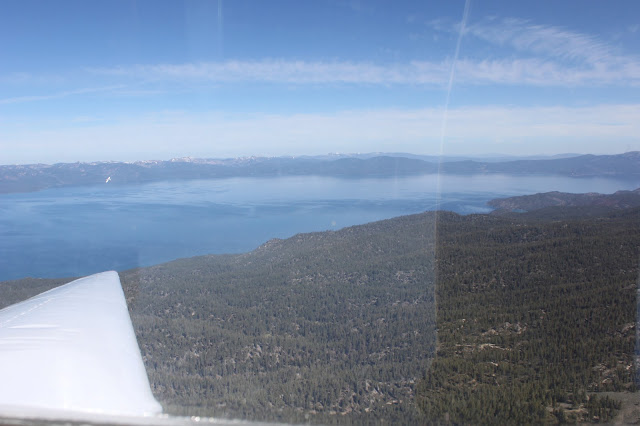 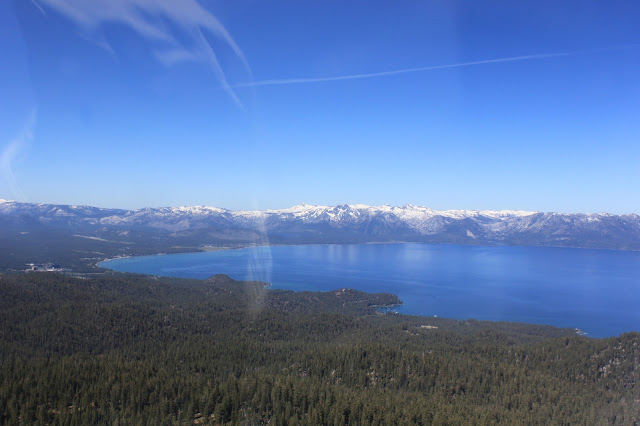 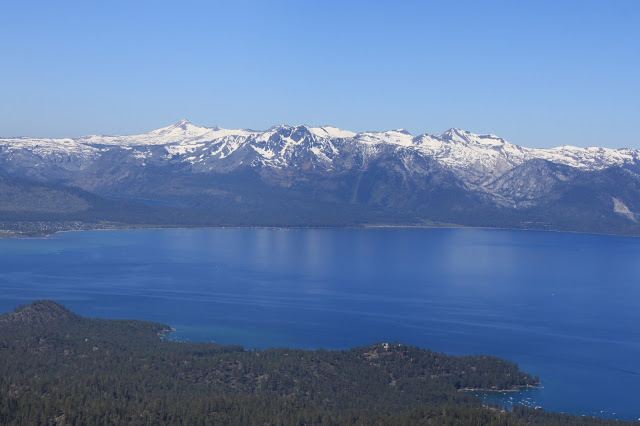 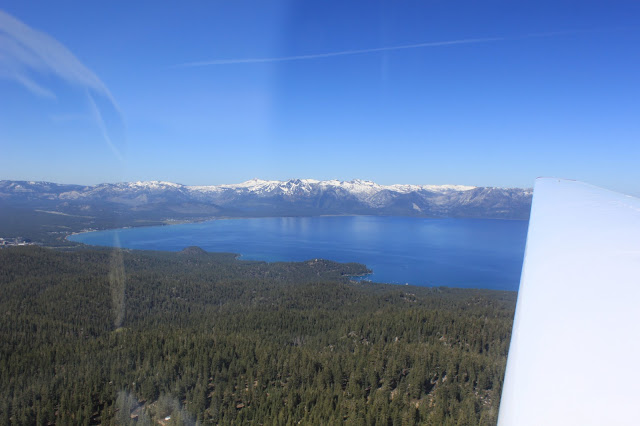 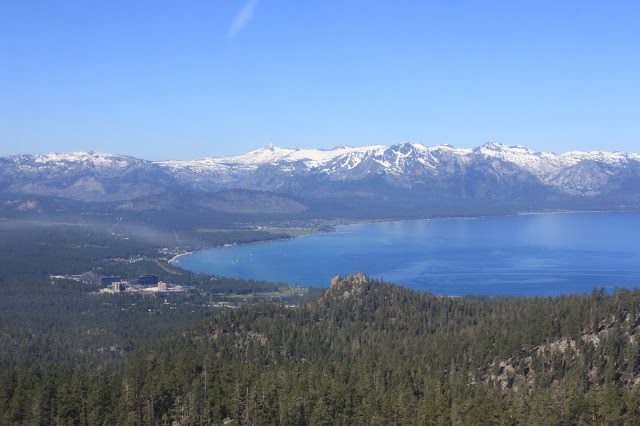 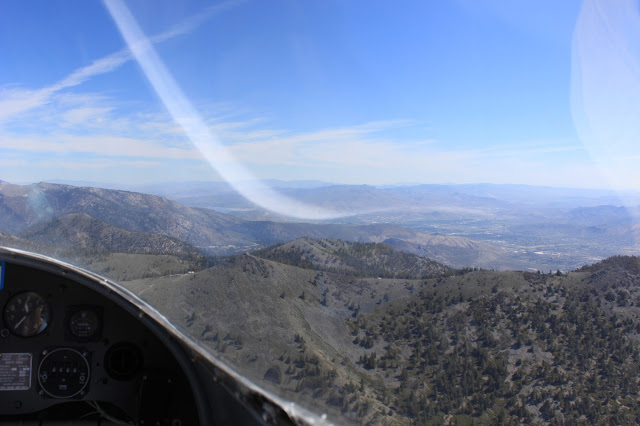 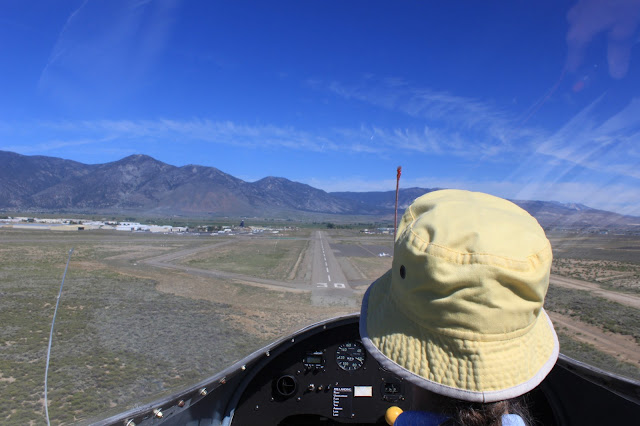 After a 45-minute ride, we landed safely back at the airport. Overall, I was so surprised about just how smooth the ride was, it wasn’t bumpy or scary at all! Getting to glide over our house, the mountains, and the lake was an unforgettable experience. For as many times as I’ve seen Lake Tahoe, this was definitely a new perspective! I’m so happy I won this giveaway as our glider experience is such a cool memory that I’m thankful to have. If you’re in the Tahoe area and you’re looking for a great time, I’d definitely suggest checking out SoaringNV! 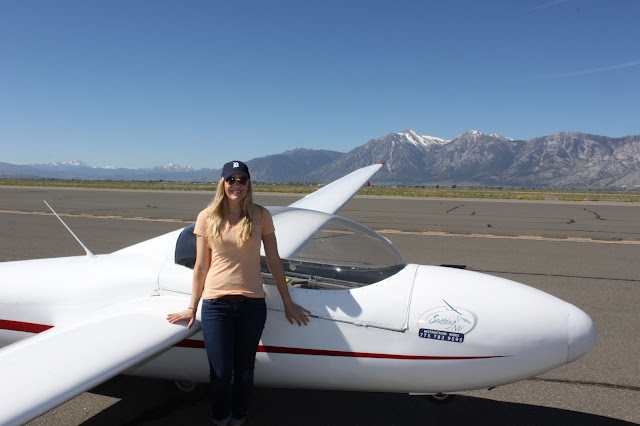 Have a great day everyone! Xoxo