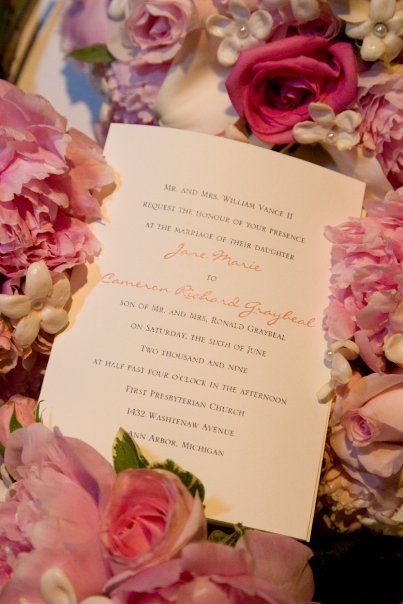 Today, Cameron and I are celebrating our fourth wedding anniversary!

It’s hard to believe that it was four years ago that we said our vows on that June day in Ann Arbor, MI. In a way, it seems like it was just yesterday, but on the other hand, so much has happened in the past four years that it feels like we’ve been married even longer!

Earlier this week, I asked Cameron if he thought that this year of our marriage was the best one yet, because I think it has been. (His response? “Each year has been equally wonderful”–right answer, ha!) Not that the other years haven’t been good, they’ve all been pretty fantastic actually, but I just think that things seem to get even better with each passing year.

And so I just wanted to take a moment to remember how I’m feeling today…thankful.

…thankful that I’m married to my best friend who I love deeply, respect fiercely, trust fully, and find smokin’ hot.

…thankful for this chapter of our lives of getting to live in beautiful Lake Tahoe.

…thankful for our little family of three and how much joy that Lola brings to us each day.

…thankful that Cameron and I both come from such wonderful, supportive families–it really is such a blessing and not something that I take for granted.

…thankful that God brought us together when He did because it’s really been awesome to have been able to get married young and start building a life full of memories together in our early twenties.

…thankful that Cameron had the balls maturity to want to get married at such a young age, because I think that it’s a really is a rare quality in a man today.

…thankful that 30% of our spending currently goes towards travel expenses–it’s amazing to be able to go to new places, visit family and friends, and to be married to someone that thinks travel is as much of priority as I do.

…thankful that I’m married to someone who would actually take the time to figure out that 30% of our spending is going to travel (ha!), and is really diligent about keeping our finances organized.

…thankful that Cameron tells me how beautiful I look when I’m wearing sweats and no makeup (although those compliments are part of the reason that it’s really tough to motivate myself to actually get dressed in actual clothes!)

…thankful that I have husband who gets out bed to make me breakfast each morning (seriously, he’s awesome), works on our cars, cleans up the house, loves to cook, and does so many other little and big things that I truly appreciate each day.

…thankful that we share the same silly sense of humor and always make each other laugh.

…thankful that no matter what the future holds, we have each other.

I could go on and on listing things I’m thankful for, but those are just a few that came to mind. I am definitely a lucky girl! I feel like this upcoming year of marriage is going to be an eventful one and I’m really looking forward to what’s ahead. I feel like we’re on the cusp of a new season, and I know that we’re both excited to see what this next chapter has in store.

And just to be clear, that’s not my cryptic way of trying to announce that we’re going to have a baby either! I was debating whether or not to even say anything about that topic in today’s post, but I have a feeling that some of you who read my blog regularly (and quite a few of our friends and family) might be a little curious about it. Although keeping some things private is very important to me, I tend to be pretty honest here on this blog and have no problem addressing this question as it’s something I’ve been getting asked more and more frequently in my personal life. And I understand; we’ve been married for four years now so it’s kind of a natural question that doesn’t bother me. After all, there are people in my own life that I kind of wonder when they’re going to have a baby…and by people, I’m talking about other bloggers I follow, ha! And yes, choosing when to start a family is definitely a personal and private decision, but for me, I’m comfortable talking about it so I figured today was as good a time as any to briefly touch on it in case anyone was wondering.

At this point, Cameron and I have no plans to have a baby in the immediate future. We are both really looking forward to hopefully becoming parents one day and it’s something we talk about a lot. However, it’s also not something that we take lightly at all either, and it’s not something we want to rush into. And for us, I feel like it’s not a question of being ready because I feel like we are financially and emotionally ready to be parents right now (or as ready as you can ever be, because I don’t think that any first-time parent is truly ready considering you have no idea what to expect!) however, we’ve both agreed that we just don’t feel that it’s really God’s timing for us yet. Honestly, I would have never anticipated when we got married that we’d one day be living in Nevada of all places. But since Day 1 of getting married, I feel like we’ve just tried our best to trust the Lord on what choices to make and prayed that he would guide our decisions. It’s been amazing to see how He has worked things out so well through all the transitions we’ve gone through in the past four years, and it’s really a testament to his faithfulness in our lives. Living in Tahoe has been an experience that has been trying at times, but it’s also been very rewarding and it has taught us so much. And as much as we do look forward to starting a family, Cameron and I don’t feel like God has put it on our hearts yet that this is the time (or the place) that we’re supposed to start popping out babies! So we’re just trusting that things we’ll work out like they’re supposed to and that He will make it clear to us when we’re meant to enter that next season of our life.

And after all, we’re only 26 for pete’s sake, so we feel like we still have plenty of time! 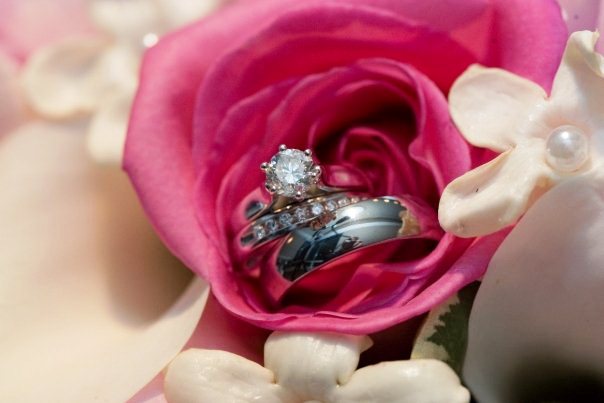 Anyway, in addition to celebrating our anniversary today and I’m also so excited because tonight we’re flying to Michigan! We haven’t been back since Christmas so I can’t wait to see my family and friends. One of my best friends is getting married on Saturday in the Detroit-area, and I can’t wait for her wedding! We’ve also got lots of other fun things going on while we’re in Michigan, including my cousin’s high school graduation and celebrating my other cousin’s recent engagement! And then to top it off, mid-next week we’re flying from Michigan to South Carolina because another one of my best friends is getting married in Charleston!

What can I say, June is a great month to get married! 😉

So although spending our anniversary on a cross-country red-eye fly isn’t necessarily the most romantic way to spend our evening tonight, honestly I think for us it’s perfect. I can’t think of any better way to spend this day than heading to the state where we met and got married ourselves to watch friends tie the knot. I know it’s going to be a great trip!

So on that happy note, have a fabulous day everyone! Xoxo

Random sidenote on the subject of babies: I’m kind of mad that Jenna Dewan-Tatum used one of my favorite baby names–Everly. I seriously LOVE that name, I just think it’s so pretty and unique without being too off the wall. It’s kind of old-fashioned yet modern, and I’ve liked it for the longest time. I am hoping that it doesn’t become super popular all of the sudden because I may want to use it and that would just be annoying. Although, Cam’s not a huge fan of that name at all so it probably doesn’t matter–ha!