Happy Monday everyone! How was your weekend?

Cameron and I managed to pack quite a bit into the last few days, yet the weekend still seemed to fly! With Labor Day weekend fast approaching, we wanted to try to soak up as much of summer as we could so we headed out to go camping at Lost Lake on Friday after work. The lake is located about two hours east of Portland near the base of Mt. Hood and it’s absolutely incredible. 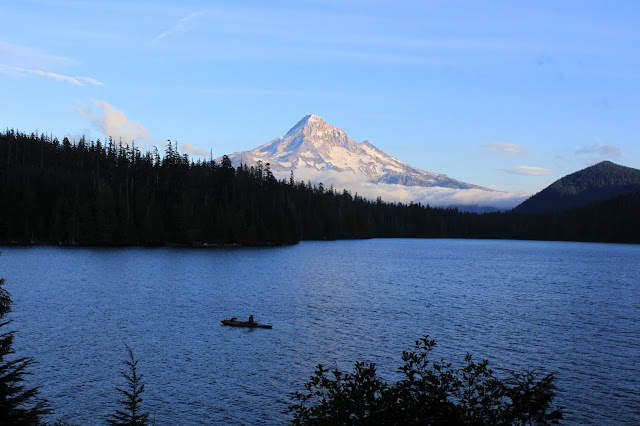 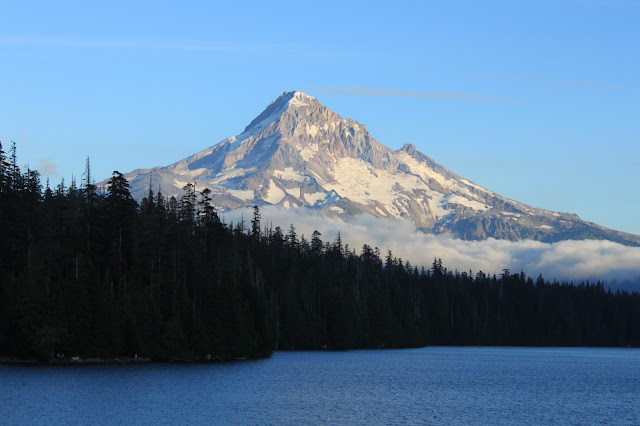 Breathtaking.
However, Lost Lake is also a very popular place to camp in the summer.
Aka we did not get there in time to get a campsite on Friday since they are first come, first serve.
Whoops.
The view of the mountain was so stunning that we ended up just hanging out by the lake and grilling in the day use area until the sun went down. It was so pretty! 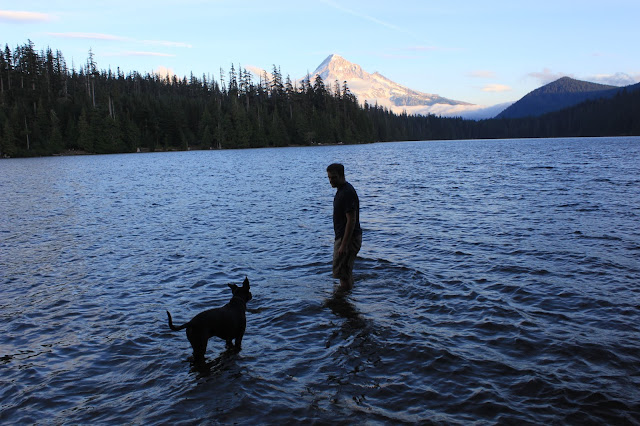 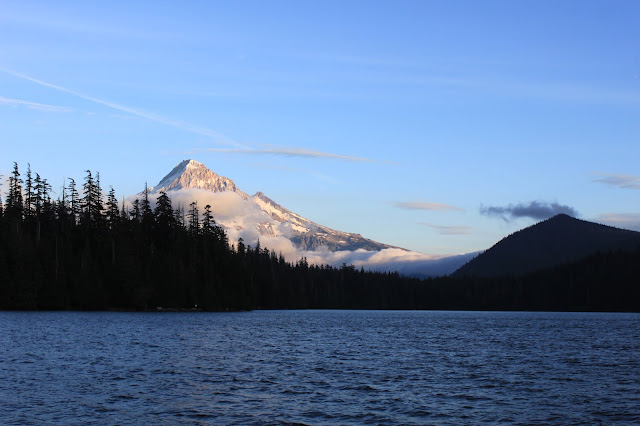 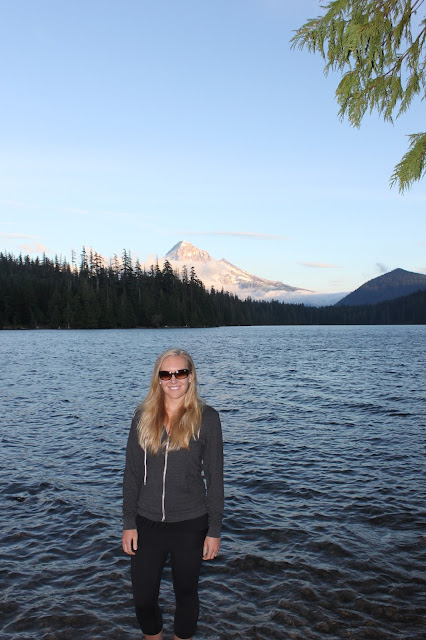 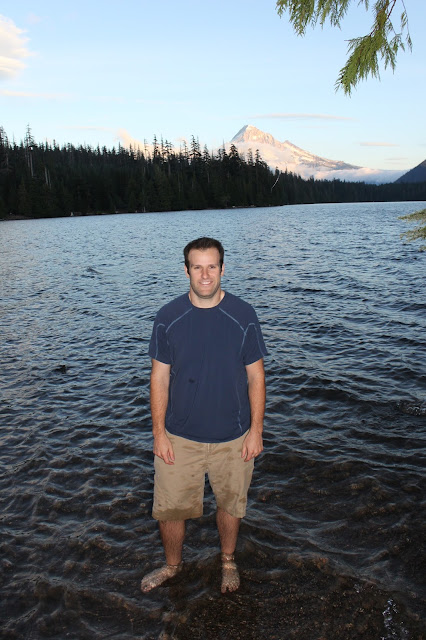 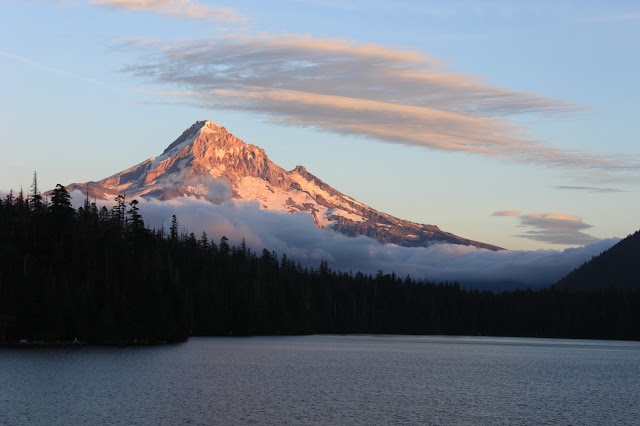 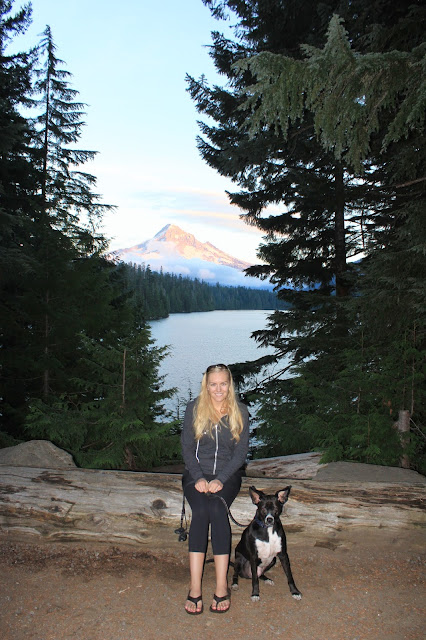 I probably took 50+ more photos of just the mountain that night because it was just so gorgeous.
(But I’ll restrain myself from posting them all!)
Oregon is kind of a pretty state 🙂
We ended up just pitching our tent in a random area in the woods near the lake, and and camping there for the night. Which was fine, except for the fact that the ground where we had our tent was kind of slanted and I swear Lola kept pushing me in the night so I’d slide down into the edge of the tent. 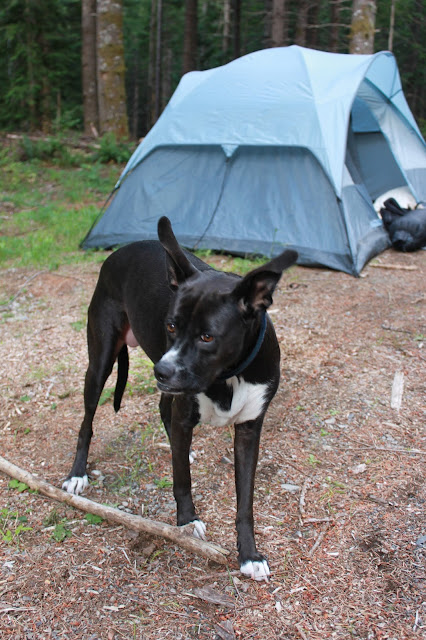 After all, it’s Lola’s world, we’re all just living in it…ha!
Saturday morning, we headed back down to the lake. The weather was fairly overcast, but we figured it would clear up later in the day and so we grabbed a spot by the water in the day use area. 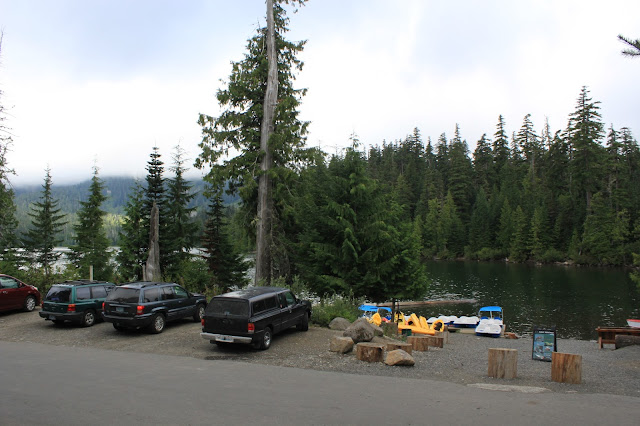 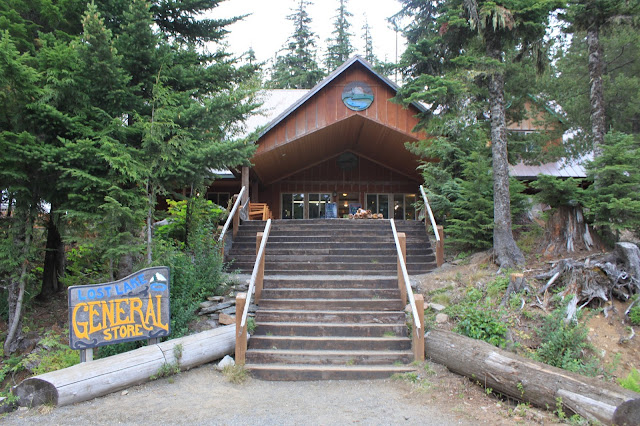 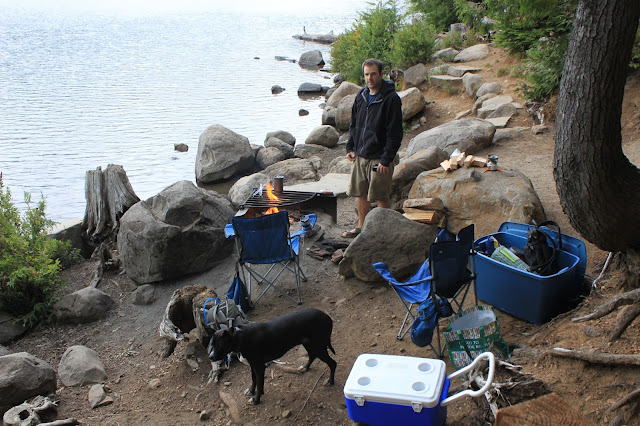 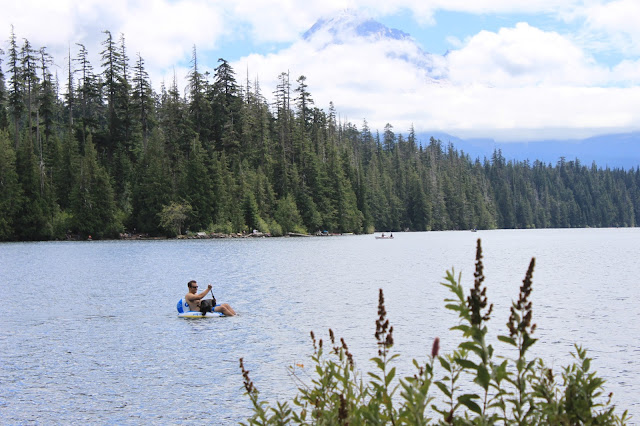 As you can see in the picture, the mountain was barely visible with the clouds (double boo) on Saturday so we were really happy that we were able to see it the night before!

After spending the day relaxing by the lake, we decided to head home instead of camping for a second night since we still had quite a few things we wanted to get done around the apartment this weekend. On the way back to Portland, we stopped for an early dinner in Hood River, OR, which happens to be the mecca of kiteboarding! Most people were wrapping up for the day when we walked by, but it seems like such a fun sport and I love watching everyone! 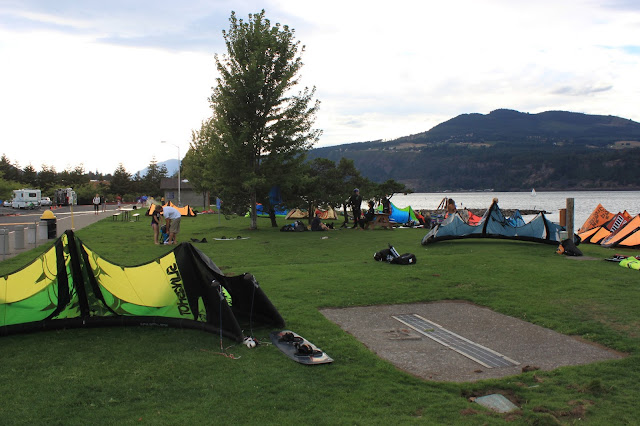 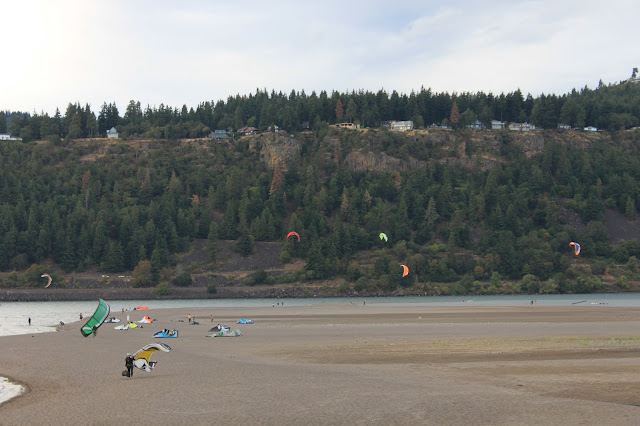 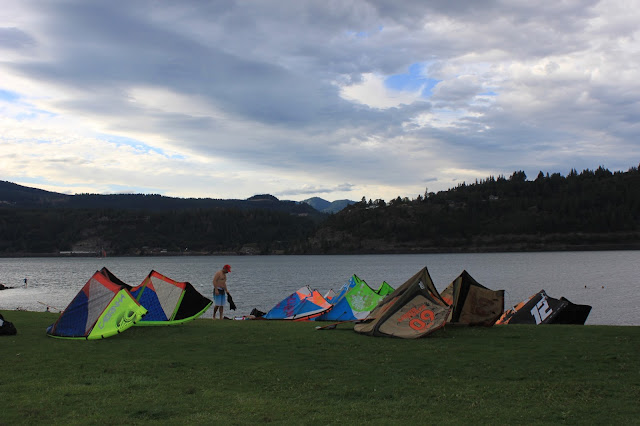 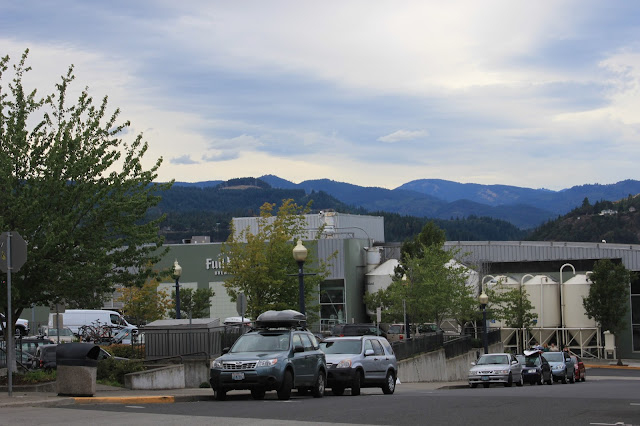 Hood River is also the home of Full Sail Brewing, which we visited back in Fall 2011. 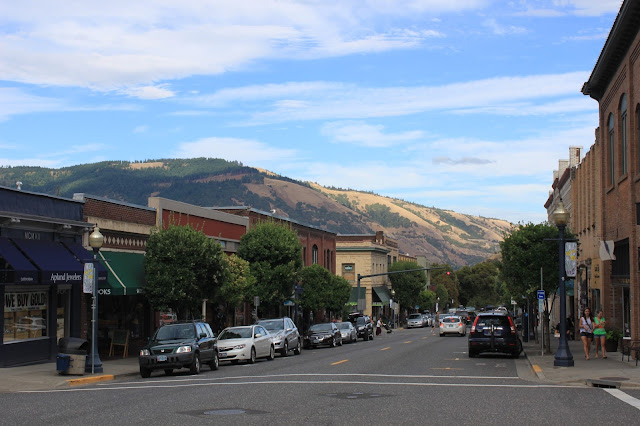 Downtown Hood River is small but cute, and it’s fun to walk around! 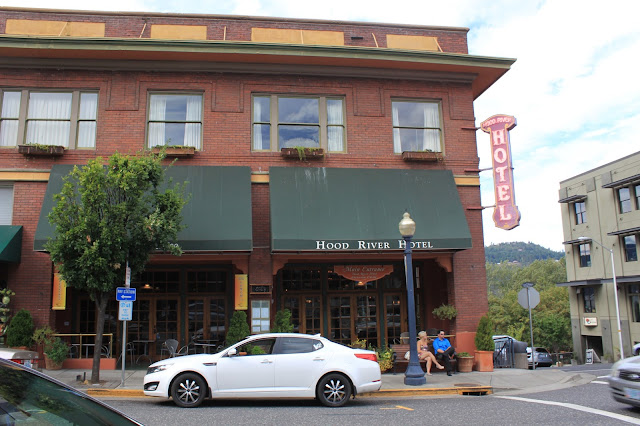 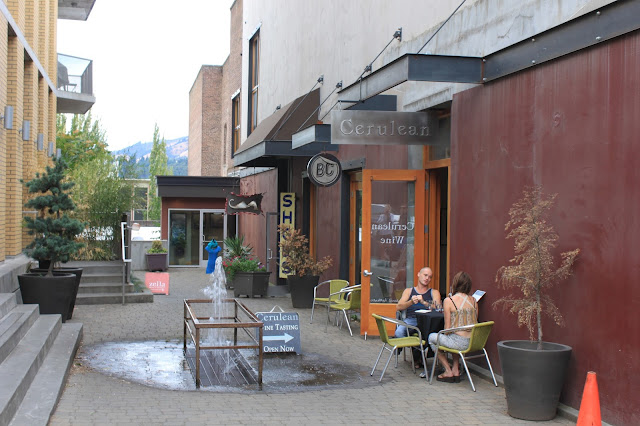 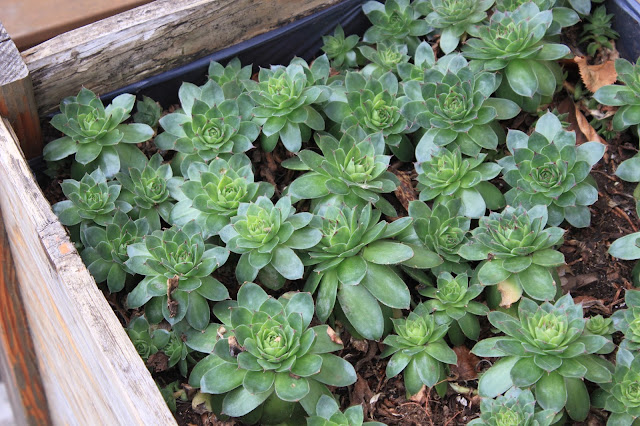 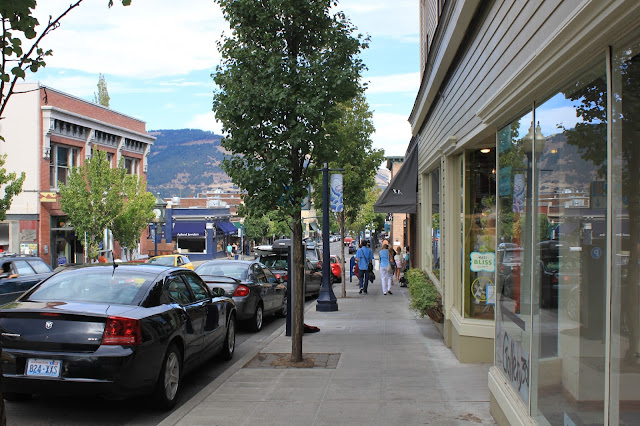 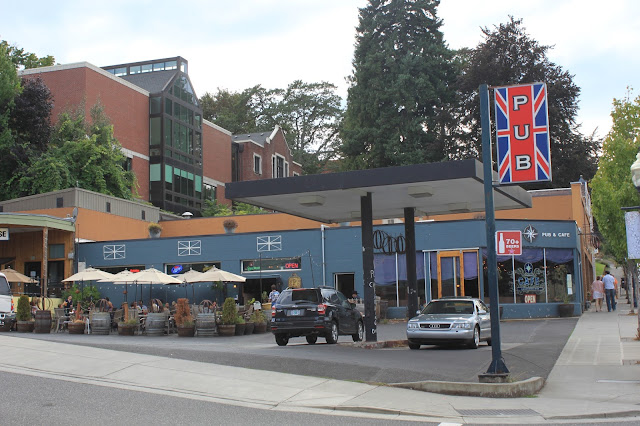 We decided to eat at the Horse & Hound Pub because it looked cute, it said they had a large beer selection, and we needed somewhere with outdoor seating since we had the dog with us. 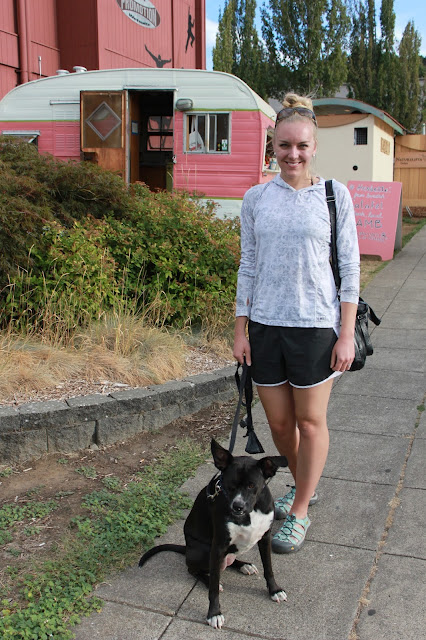 I’m pretty sure I need that pink and green trailer since it matches my blog 🙂
We got back to our apartment Saturday night, which was perfect because we were able to get showered (and bathe Lola, which is always a task) and get a good night’s sleep in our own bed so that we ended up being able to get a lot done yesterday. Love weekends that are relaxing yet productive!