Happy Friday everyone!
Cam and I are taking the day off work today (woo!) and we’re spending the weekend in Ann Arbor, MI.
To say that we’re pumped would be a major understatement.
I know that most people have fond memories of their college towns and probably like to get back for a football game now and then. But for us, I feel like it’s so much more.
First of all, Ann Arbor//The University of Michigan campus//The Big House (our football stadium) are just better than any other school, hands down. (Granted I may be a little biased) We try to go to Ann Arbor any time we come back to Michigan to see my family (it’s about 90 minutes away from where my parents live) but visiting any other time of year is not the same as going in the fall. There is something so incredible about being there for a football Saturday. There’s such an electricity in the air with everyone decked out in maize and blue; even though we’re no longer students, it’s still so special.
On top of the awesomeness (that’s a word) that is Michigan Football, Ann Arbor holds a lot of special memories for Cameron and I as a couple. It’s where we met, started dating, got engaged, got married, and it’s where we lived for our first year as newlyweds. I love that it holds so much meaning for us together and it really makes going back for a visit that much more special for us.
And if I’m being completely honest, we’re both really pumped to go back and eat at some of our favorite places this weekend. Ann Arbor has some amazing restaurants, plus there is something about the nostalgia of your favorite college eats that makes a meal taste 10x better.
I am so excited to go back for the weekend, reminisce about the past, and create some new memories.
So in honor of our upcoming weekend in Ann Arbor, I thought it would be fun to share some photos from football seasons past…lots of good memories from the Big House, that’s for sure!
Freshman Year-Fall 2005 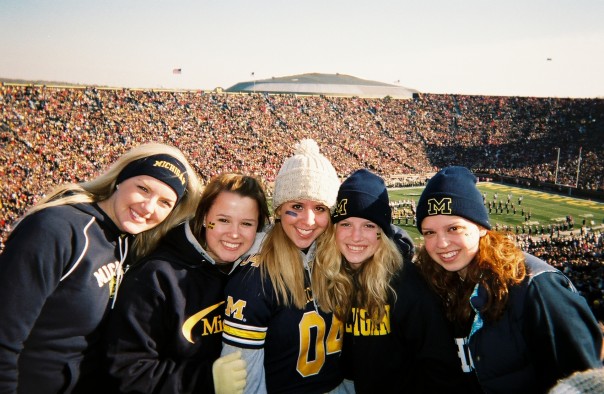 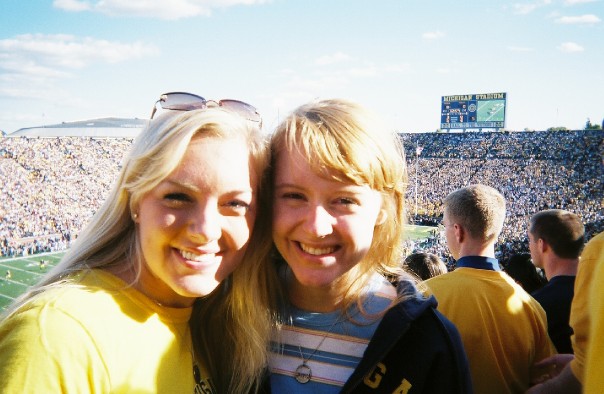 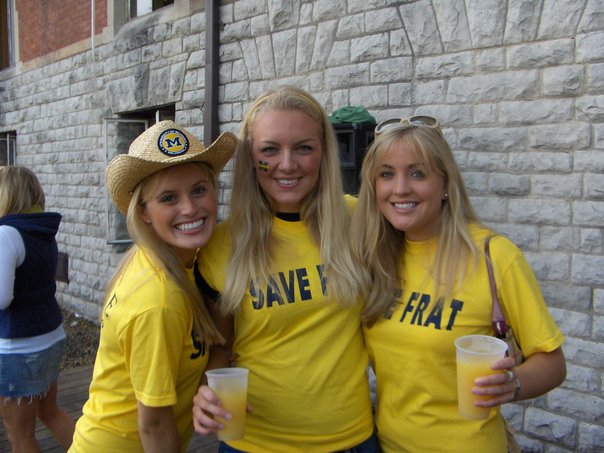 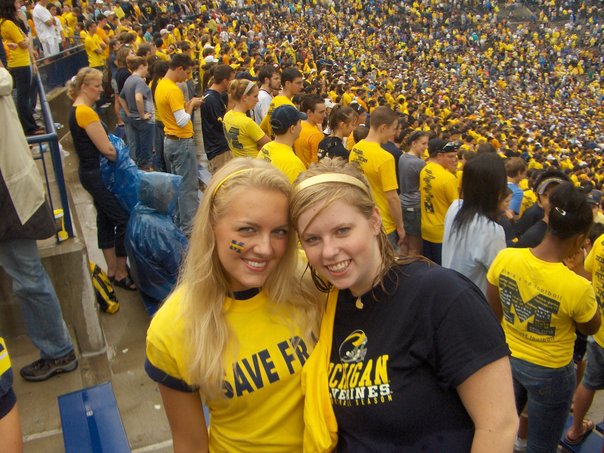 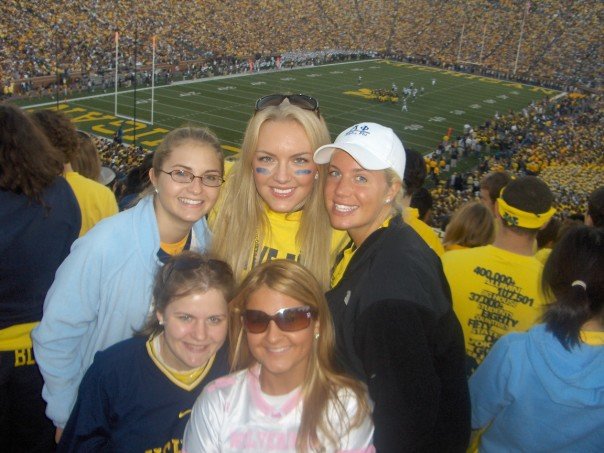 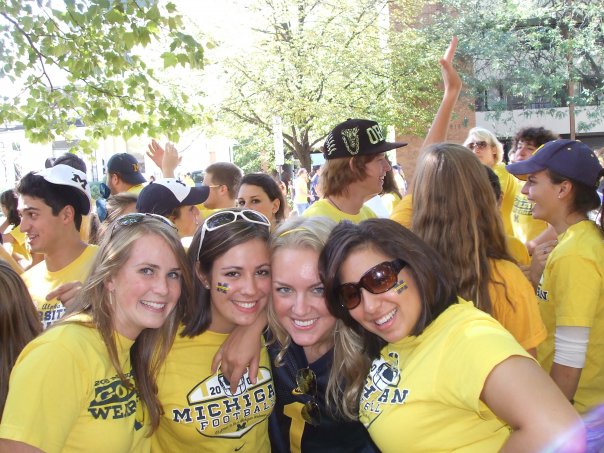 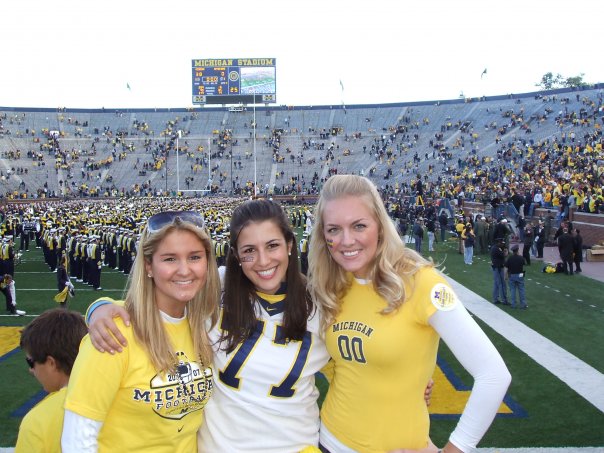 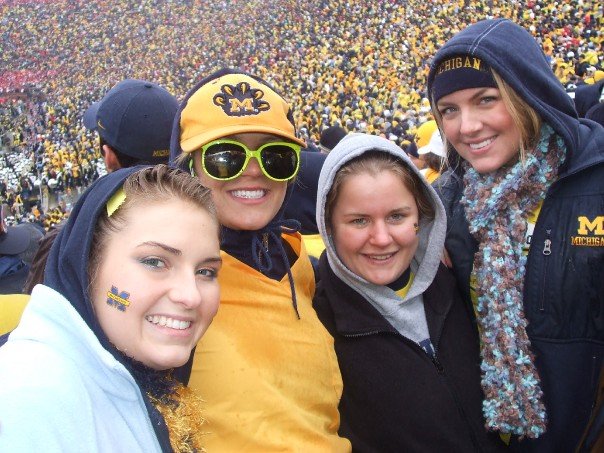 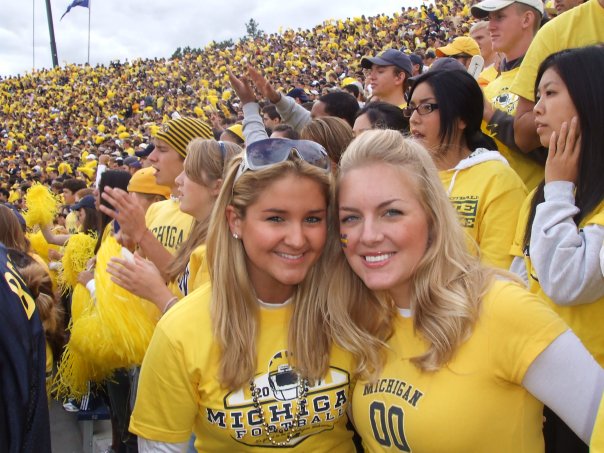 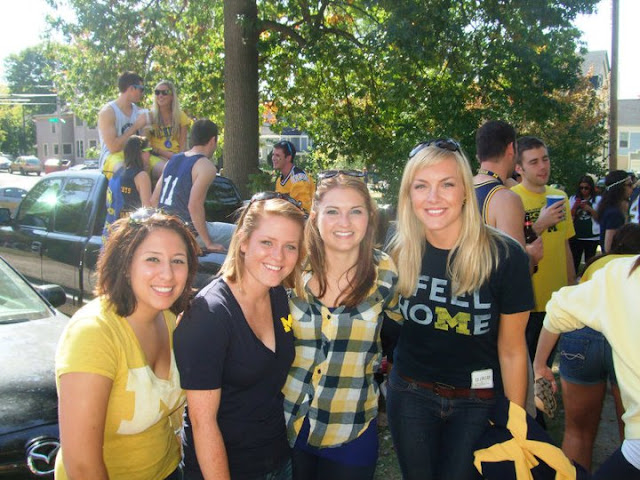 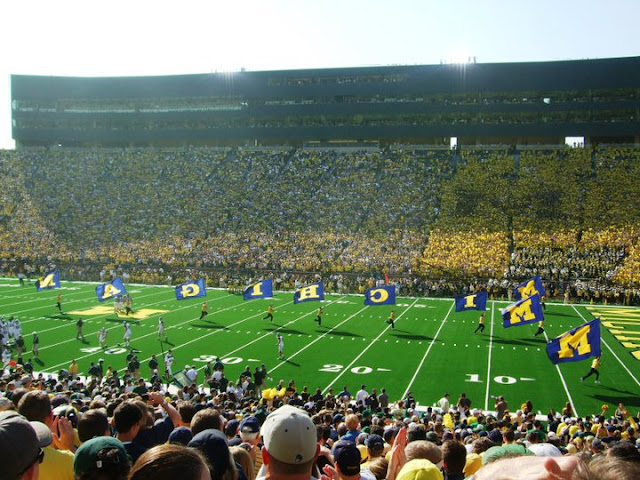 Last time we went back for a football game-Fall 2011 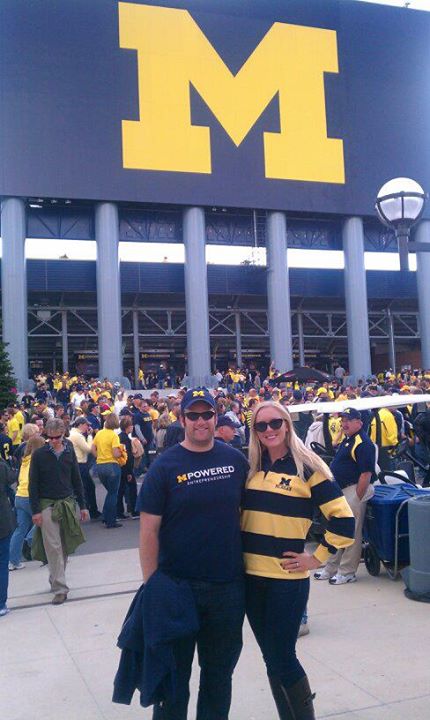 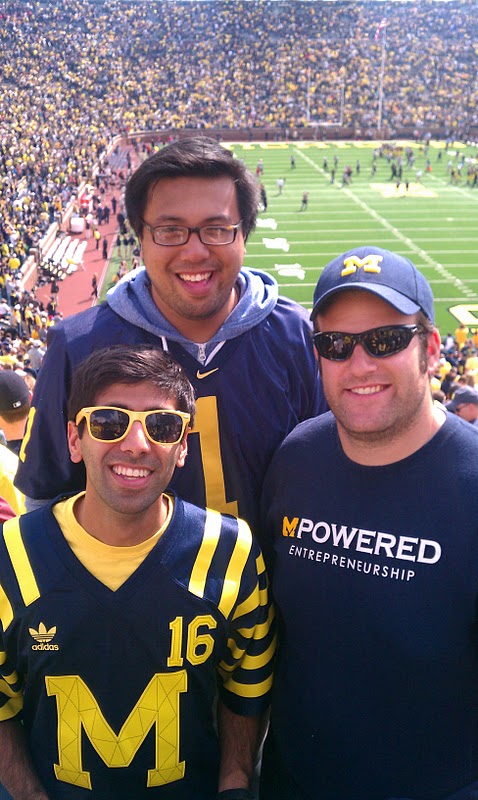 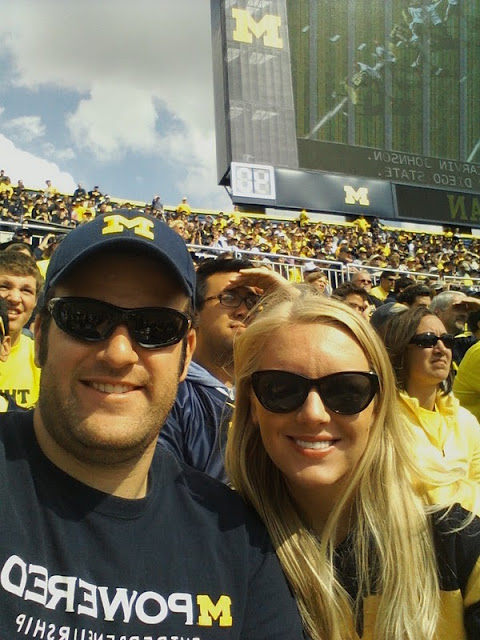 Unfortunately, we were busy last fall and weren’t able to make it back from Tahoe for a game, so that’s another reason why we’re extra excited about this weekend. The only bad thing is that we don’t actually have tickets to tomorrow’s game yet! Michigan is playing a night game against Notre Dame and there is a lot of hype about the it, primarily because ND is one of our big rivals and due to some changes in schedules, we won’t be playing them again for the next few years. Tickets for the game were initially going for absurd amounts of money ($500+ a ticket) but it looks like prices are slightly more reasonable now. At this point, we’re hoping to just buy tickets on the street the day of the game. But even if we don’t end up finding any and have to watch the game from a bar, it will still just be fun to be back in Ann Arbor for a Football Saturday. It really is my happy place!
Be sure to follow me on Instagram (@inthepinkandgreen) to keep up with our adventures in A2!