Happy Tuesday everyone!
In case you missed it, I posted Part 1 of my recap of Feast Portland yesterday, so be sure to check it out! I’ll be posting some more photos from that awesome event later this week, so stay tuned for that! In the meantime, I wanted to share photos from some fall fun from earlier this month!
One of the things on my to-do list for fall was going to Oktoberfest, and last weekend I had the opportunity to do just that! About 45 minutes south of Portland is this cute little German town called Mt. Angel; Cam told me about going to Oktoberfest there when he was a kid, and now that we’re living in Oregon we wanted to make sure to go this year. We met Cam’s family there on a cloudy Sunday afternoon last weekend and had a great time sampling all the delicious foods! 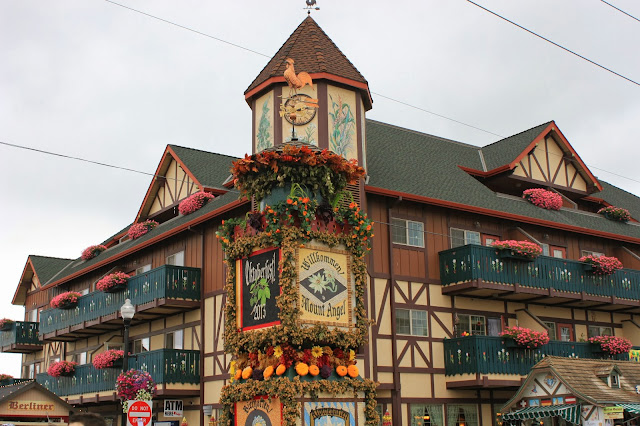 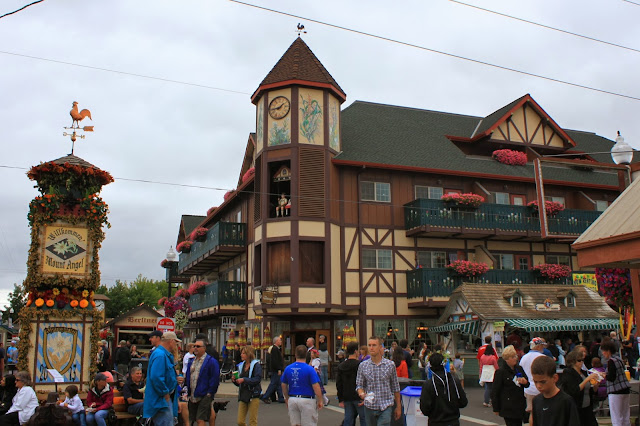 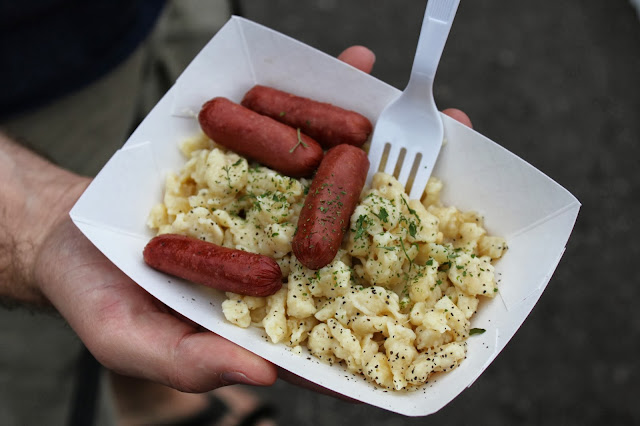 Enjoying some German Spätzle and Sausage 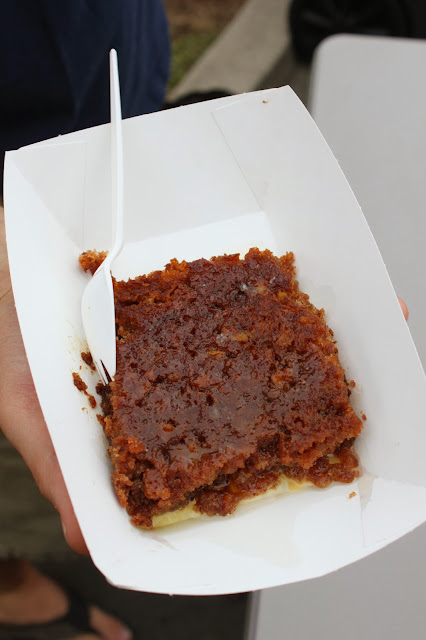 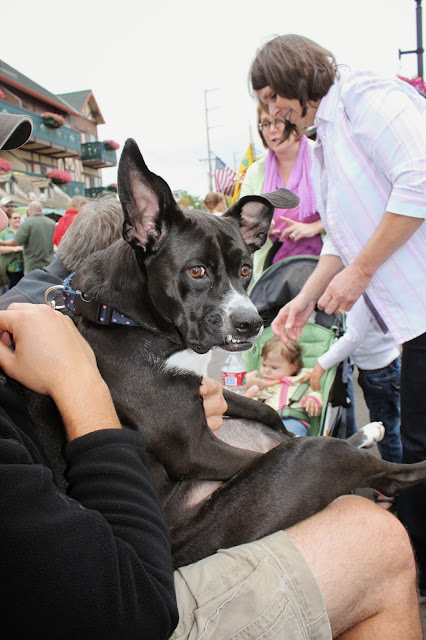 And because heaven forbid Lola would get left out of anything, we brought her too! 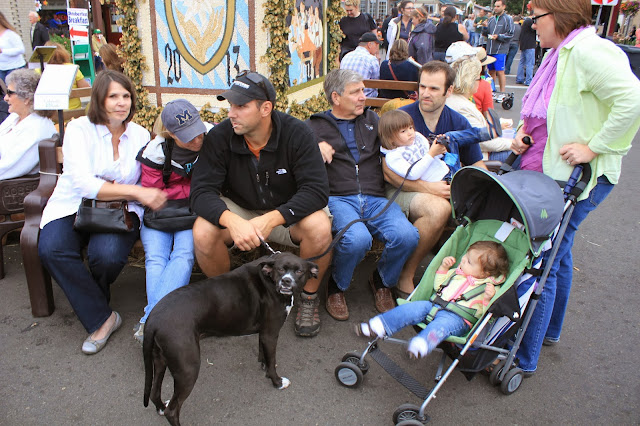 I was trying to take some sneaky candids and of course my dog is cheesin’ for the camera, ha! 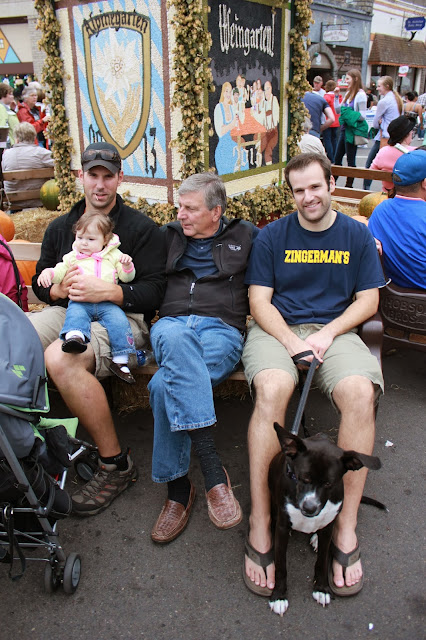 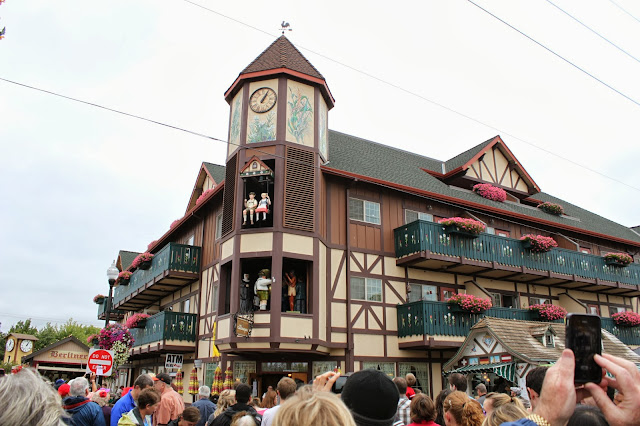 Everyone gathering to watch the clock tower go off 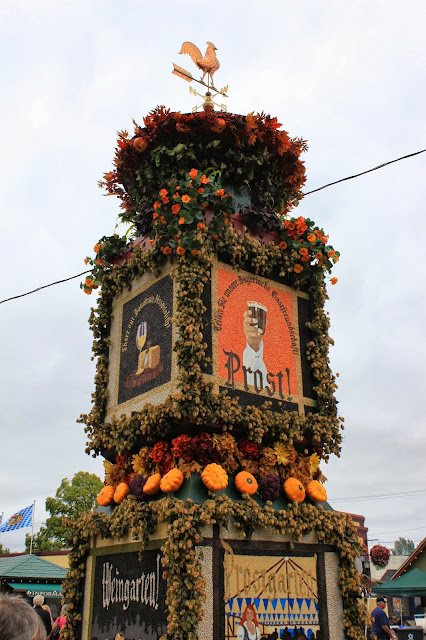 This thing (which is apparently called a fruchtsauele-thanks Google!) is a traditional harvest monument in the center of town and it was beautifully decorated with nuts, seeds, and other produce!
(You learn something new everyday, ha!) 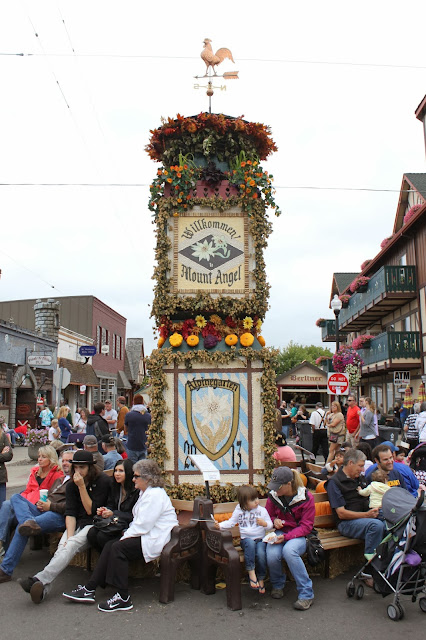 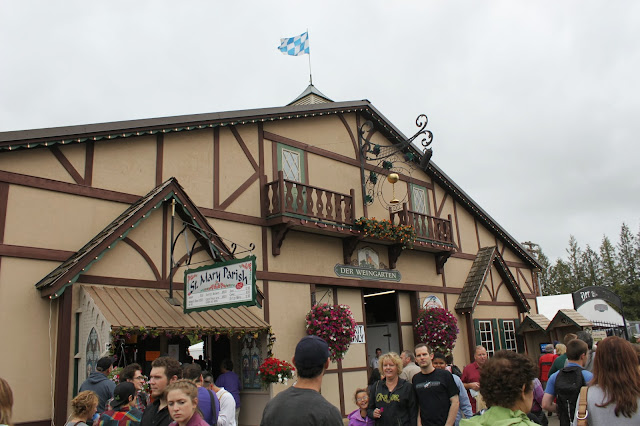 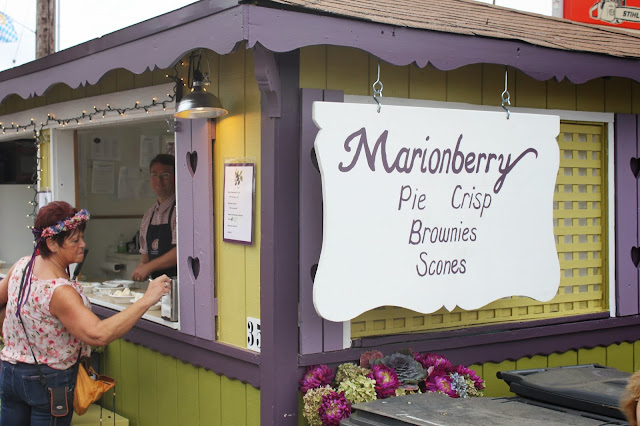 We sampled some Marionberry crisp, which was delicious! 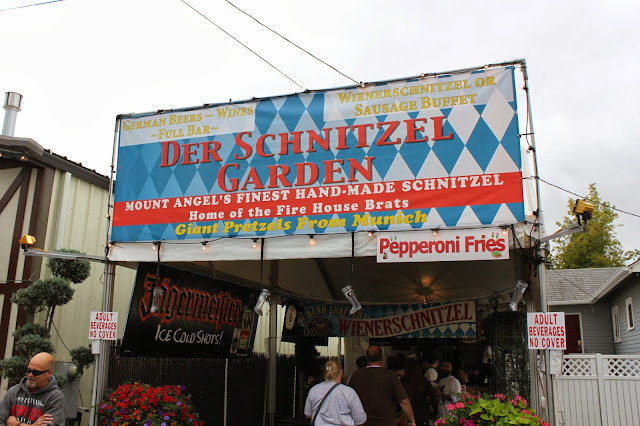 There was lots of traditional German food… 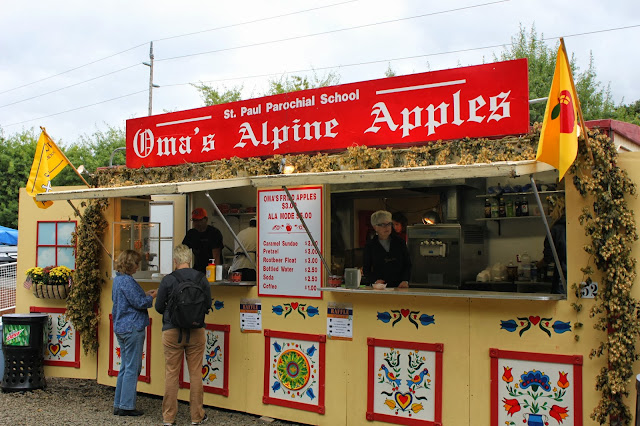 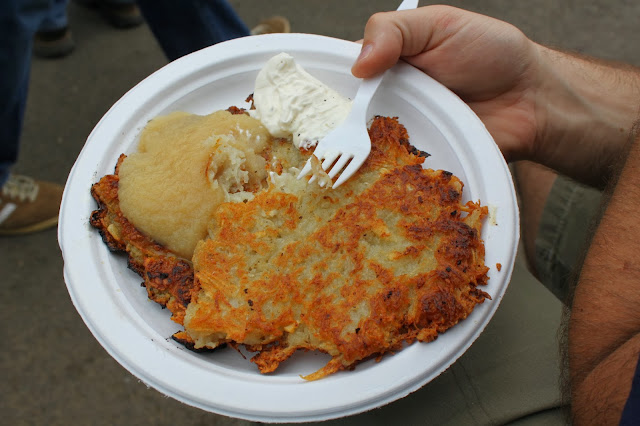 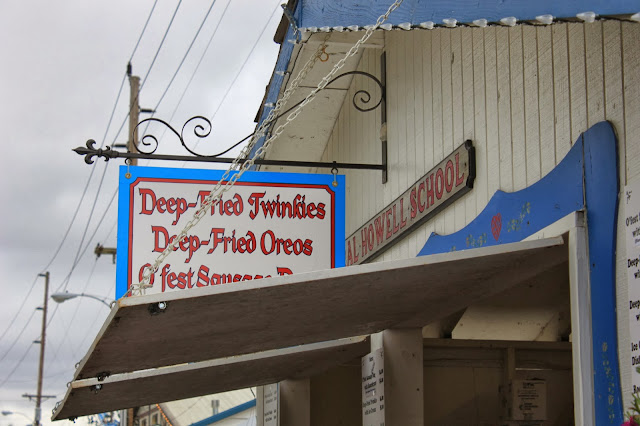 And then there were some non-traditional foods as well, ha! 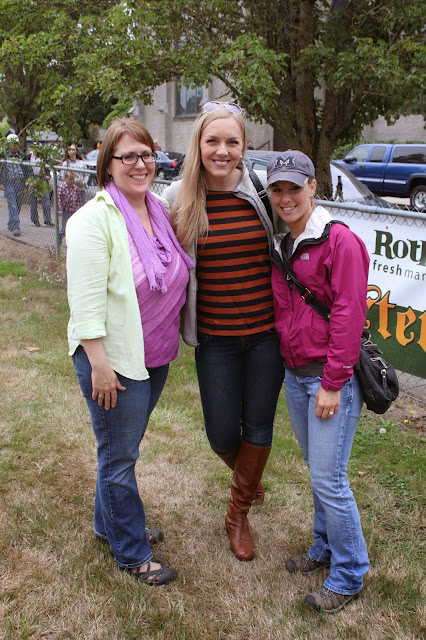 Hanging out with two of my sister-in-laws, Mandy and Ashley 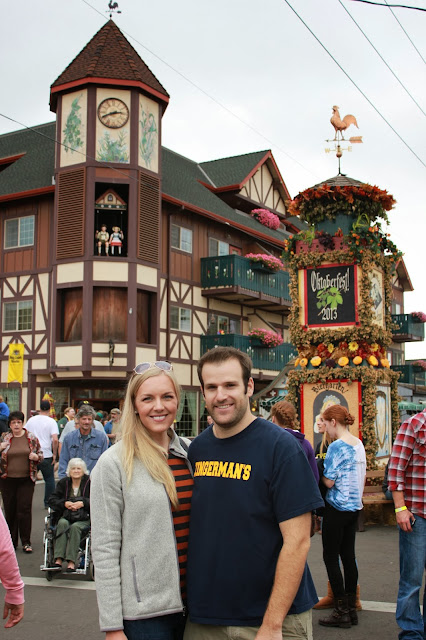 The Mt. Angel Oktoberfest was a fun way to spend a Sunday with family and a great way to celebrate fall! Definitely check it out next year if you are in the Portland area and like German food!