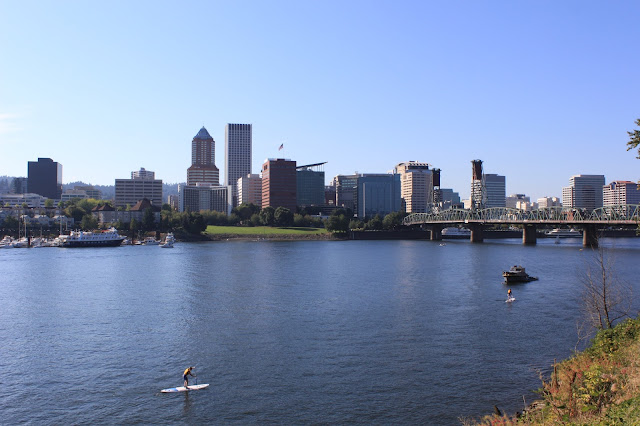 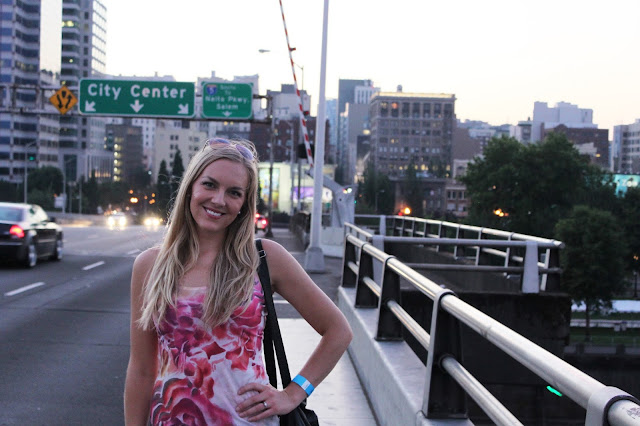 One of the great (albeit slightly overwhelming) things about living in downtown Portland is I feel like there are random events happening all.the.time. Between Twitter and Facebook, I feel like I’m always hearing about different festivals, street fairs, and other happenings taking place around the city. And you know what? I love it! Obviously, it’s not possible to check out every event but it’s really nice that if I’m in the mood to get out and do something, there are always things going on. I thought it would be fun to share a couple examples of what I’m talking about from the past week…
Last Wednesday, there was a cute little Fall Into Fashion event in Director Park. While it was no NYFW, but it was still a fun opportunity to watch a fashion show featuring some really great outfits from local stores here in downtown Portland. (It just so happened that the weather last week was extremely hot, so I did feel a little sorry for the models strutting down the runway in their layered fall looks!) Many of the downtown stores had special sales, along with yummy refreshments, and I was able to check out the event with one of my fellow Portland bloggers, Kelsey from Ladies in Navy! 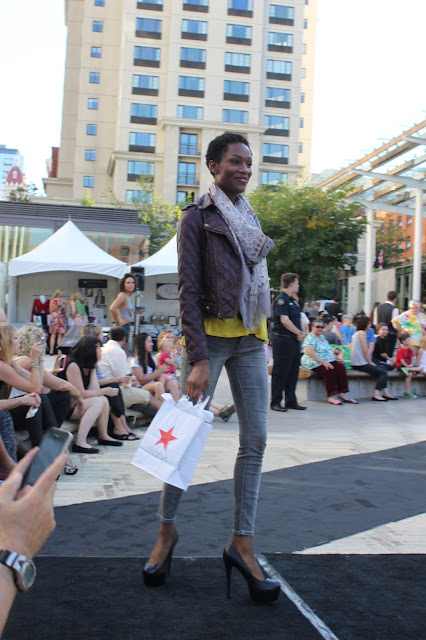 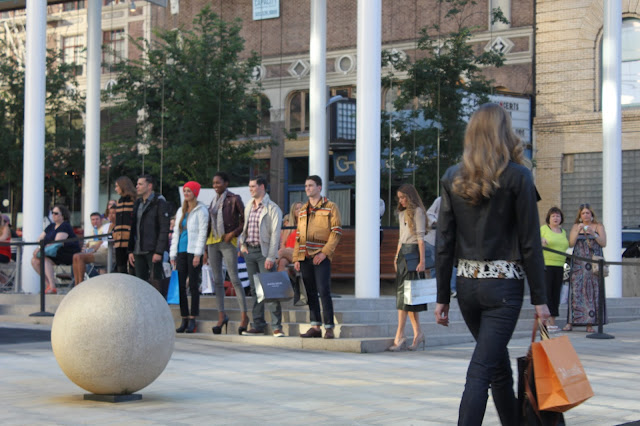 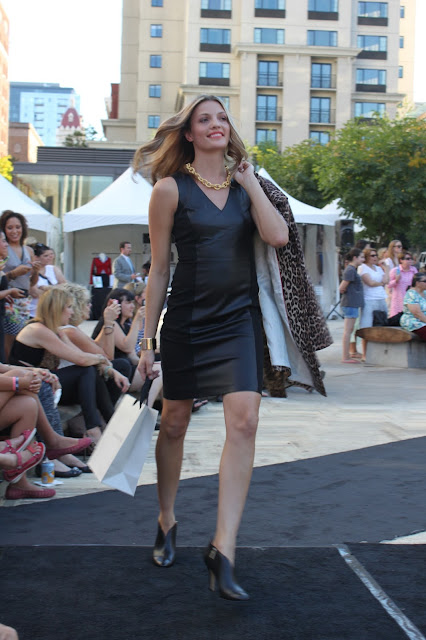 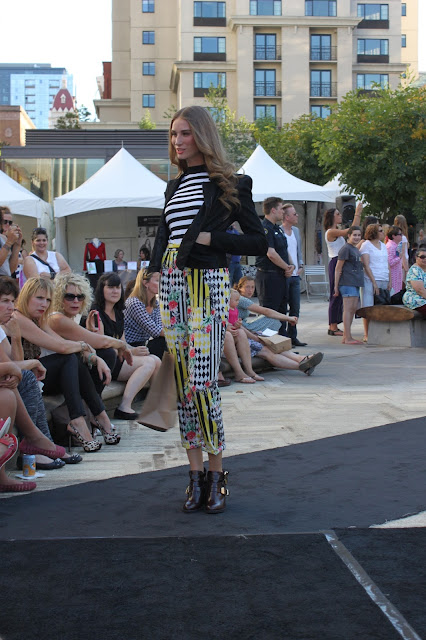 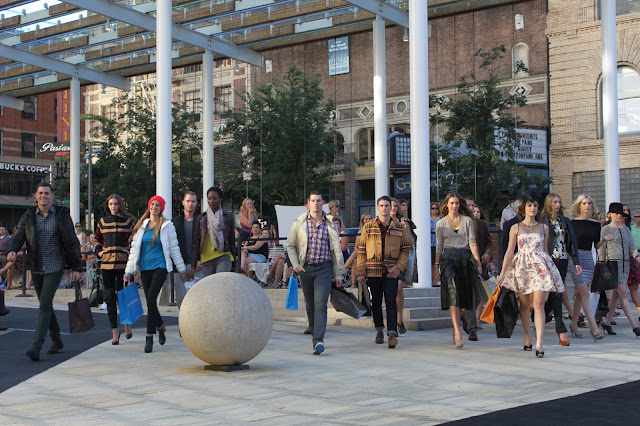 This weekend, Cameron and I checked out a really cool event called the Portland Mini Maker Faire over at OMSI. The event is described as “the greatest show and tell on Earth” and it’s basically a giant hodge podge science fair nerd fest. They have Maker Faire events around the world and this was the second year of having one in Portland. This event seemed tailored towards families, but there were a lot of booths with different “Makers” showing off very high-tech projects as well.

Cameron was in heaven, and I people watched/took some photos. Good times had by all! 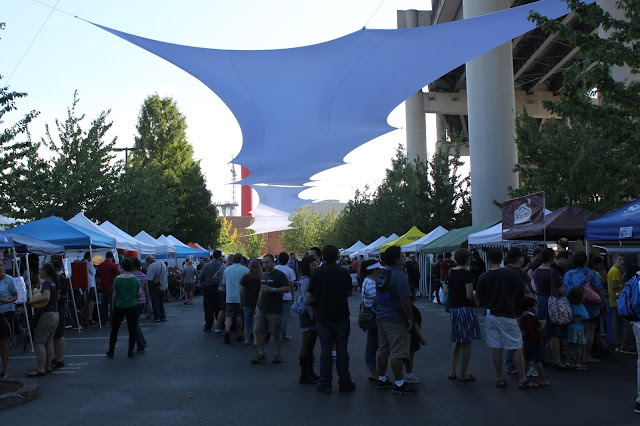 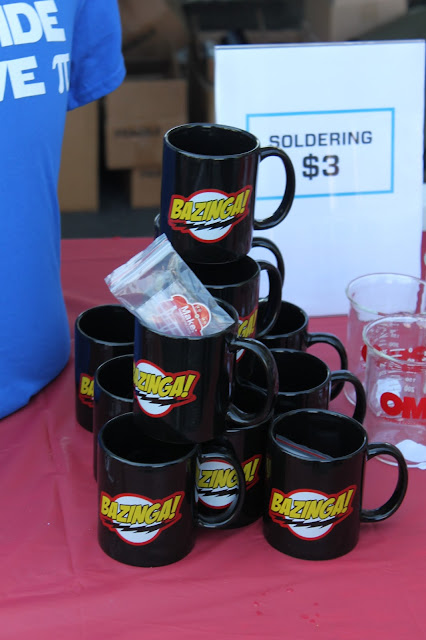 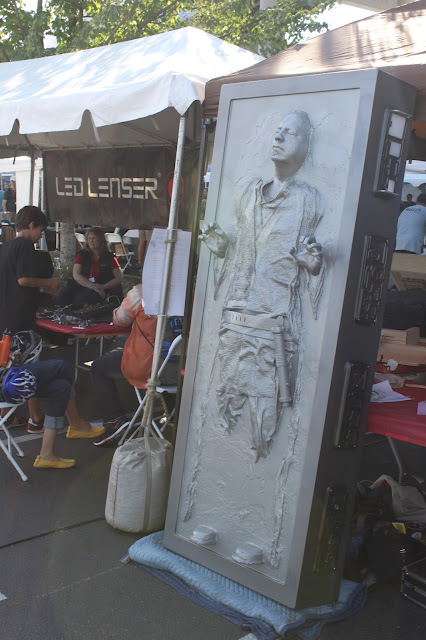 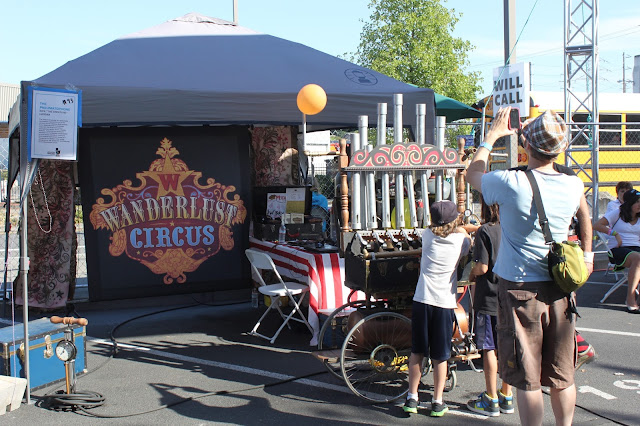 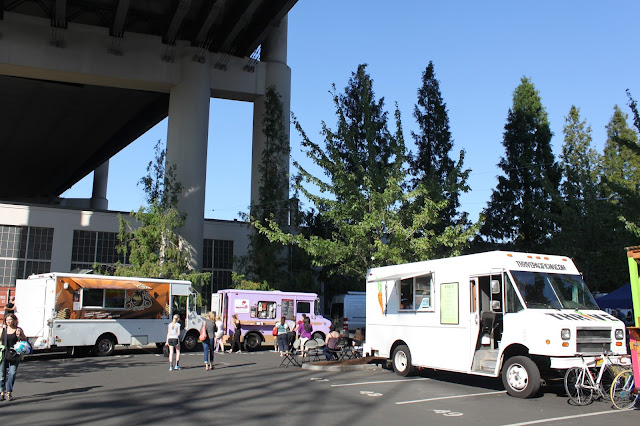 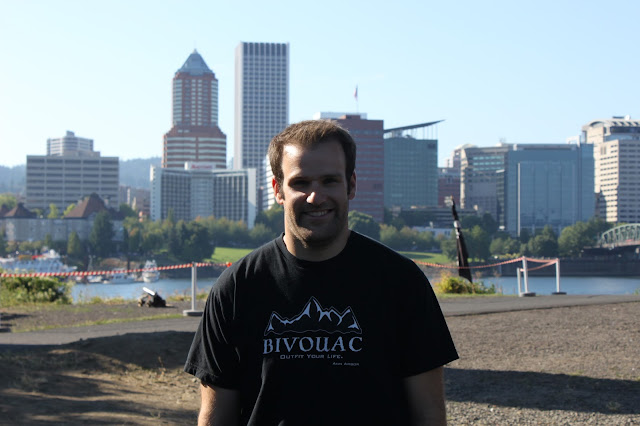 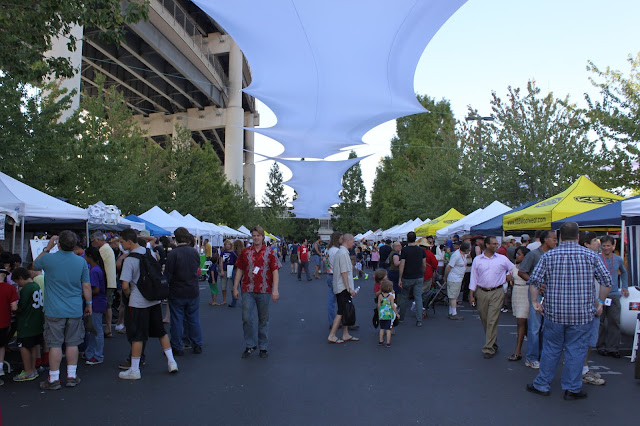 Last but not least, what I’m really loving about living in downtown Portland are just all the weird, random, awesome things that you just stumble across on a daily basis.

For example, this Saturday Cam and I went to a brewery after the Maker Faire. We were sitting outside, and looked across the street and were like “Are those goats in that field?”

Obviously, we had to go check it out.
There was a fence all around the field with “No Trespassing” signs, yet here were all these people standing in this random field of goats on their Iphones Instagramming pictures.

And obviously, I needed to be a part of it.

We went to open the fence and asked a guy who looked like he was in charge about what was going on. He explained that he worked for the business across the street and they bought some goats last year, and the owner of the field let them keep the goats in the field. He said people in Portland have really taken to these goats and that they don’t really milk them or anything but they’re now just kind of like therapy goats for the people of the city.

Apparently it’s a legit place you can check in on Foursquare.
And they have a Twitter account.
It kind of seems like it’s right out of an episode of Portlandia.
But this is really how Portland is.
You can’t make this stuff up and I love it. 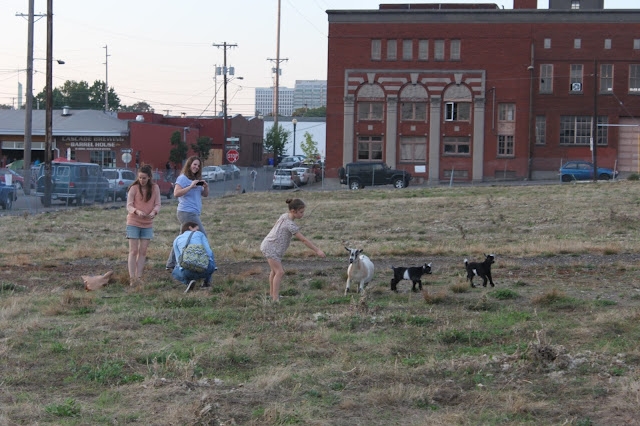 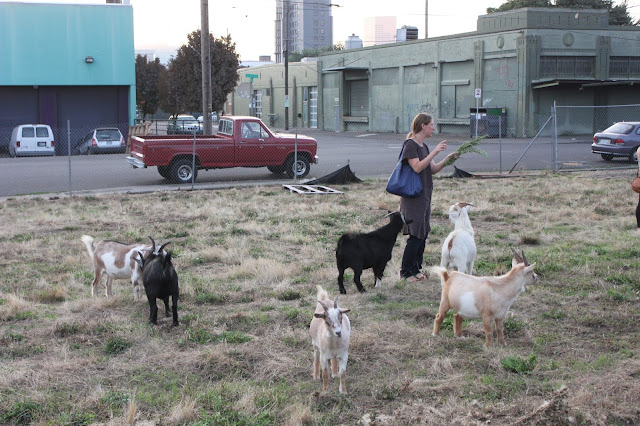 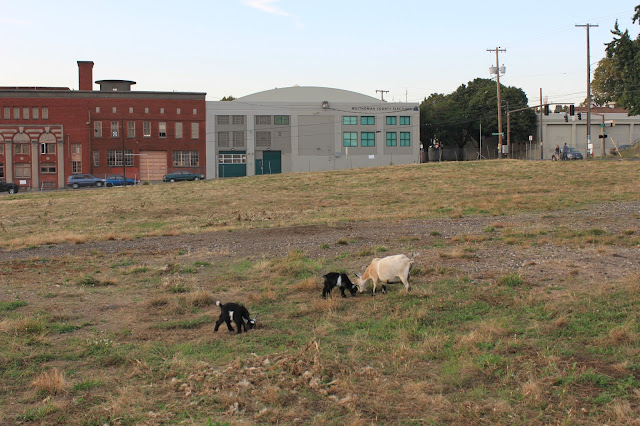 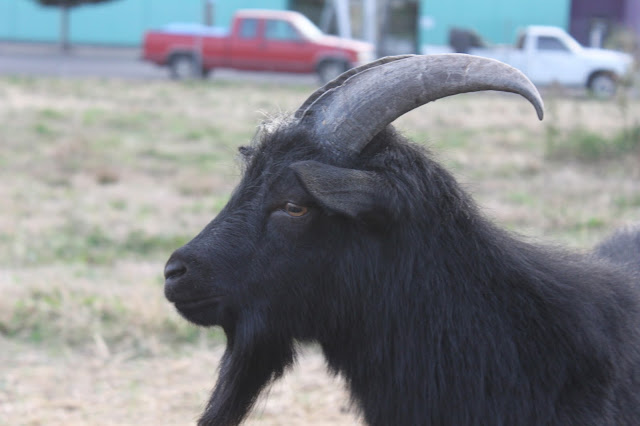 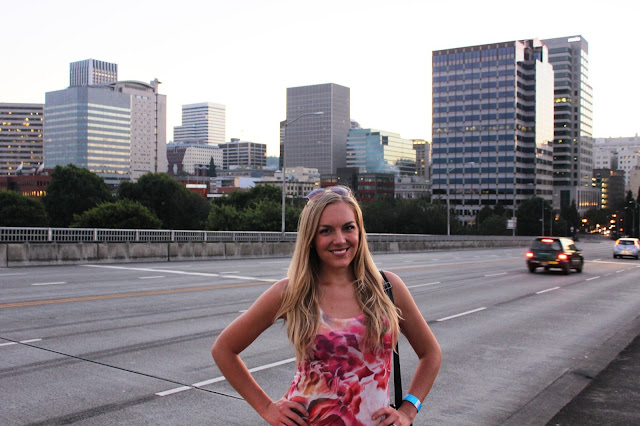 I am definitely still getting to know my new city…but so far, so good!