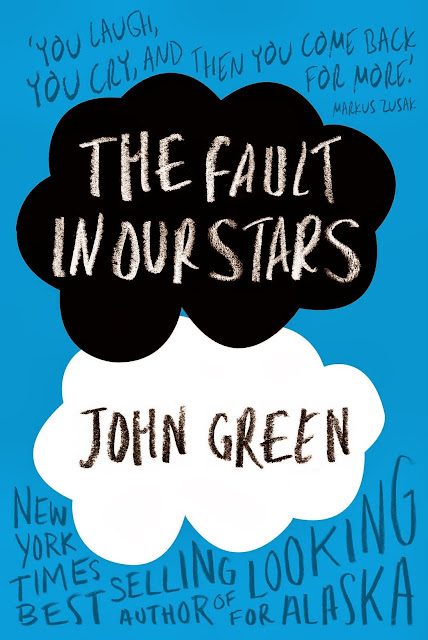 Hey everyone, happy Monday!
I know I mentioned this last week but life has been busy busy lately, and it’s left zero time for blogging. I promised myself that I’ll never be one of those bloggers who apologizes for not blogging because, after all, blogging is something that’s fun and not something I’m going to stress about or feel guilty for not doing. At the same time, there are so many things that I’m excited to post about right now and it seems like there aren’t enough hours in the day, which is a little frustrating! But I’m hoping to have some more time this week so stay tuned for some fun new posts coming your way!
In the meantime, I just wanted to take a second to share an awesome book with you that I just finished recently and would highly recommend. The Fault in Our Stars by John Green is technically YA Fiction (I’m pretty sure?) but it covers some very deep topics including life, death, and love. It was Time Magazine’s #1 Fiction Book last year and has received quite a bit of critical acclaim (and they’re making it into a movie next year!), which is how I heard about it. The book centers around two teens with cancer…which I realize probably makes it sound super depressing. And don’t get me wrong, there are definitely parts of this book that are very sad/emotional. However, it’s not a total downer by any means and I found it to be such an engrossing story that was really moving. The characters in the book were really very well-developed and the story reminds you about just how precious life is. It’s also a super quick read – I read the entire thing on my flight home from Florida yesterday, and I rarely ever read books in one sitting like that! (Plus, the Kindle version of this book is only $3.99!)
Be sure to check it out if you’re looking for a great book to curl up with this fall!