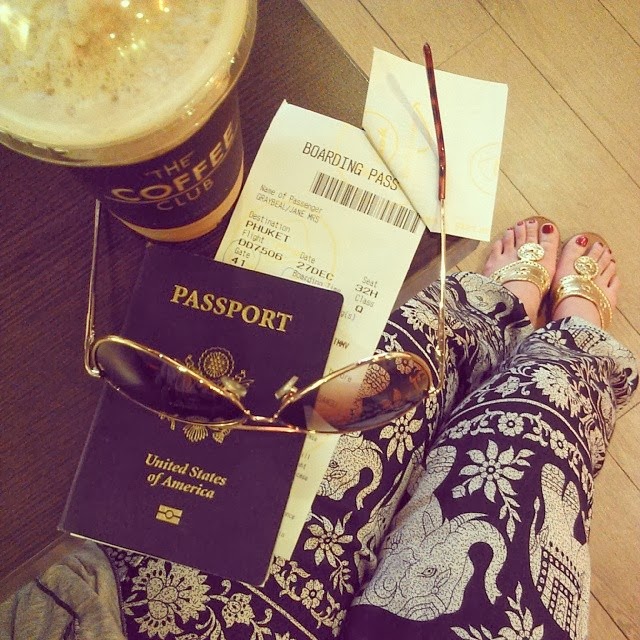 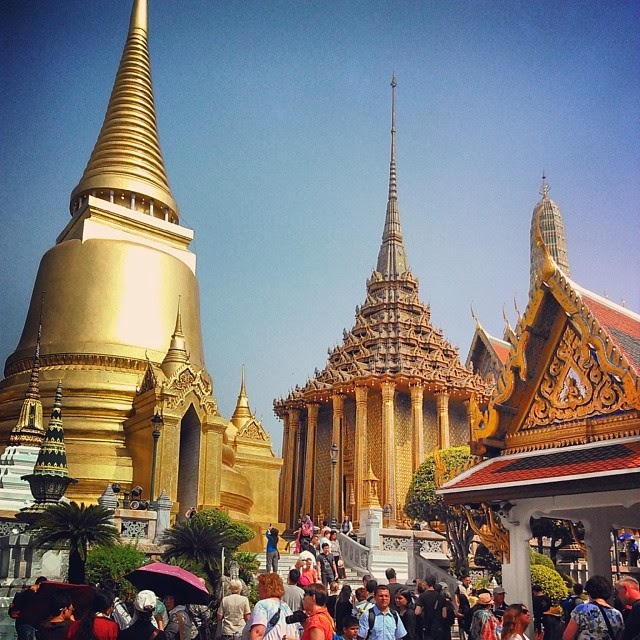 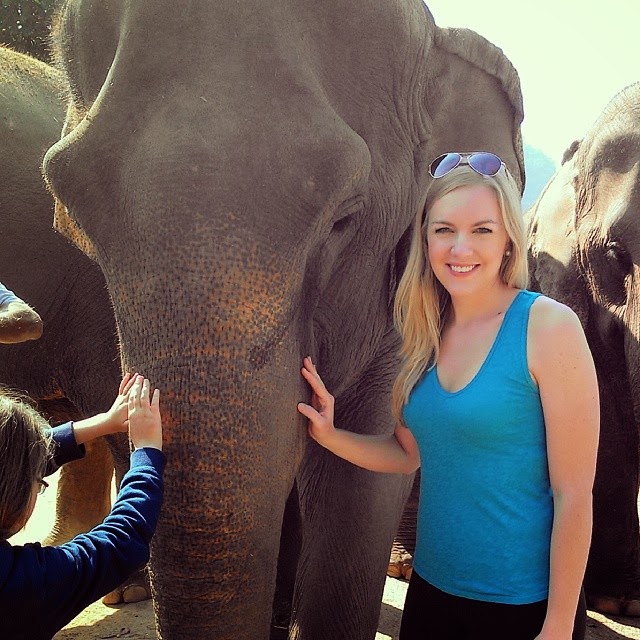 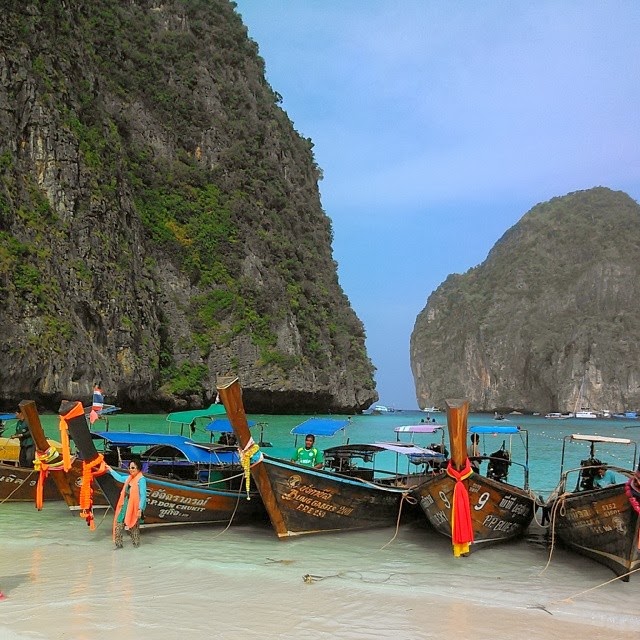 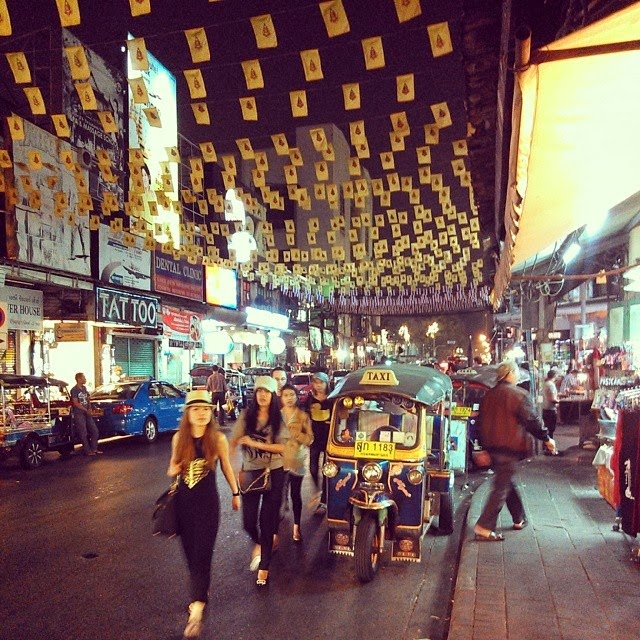 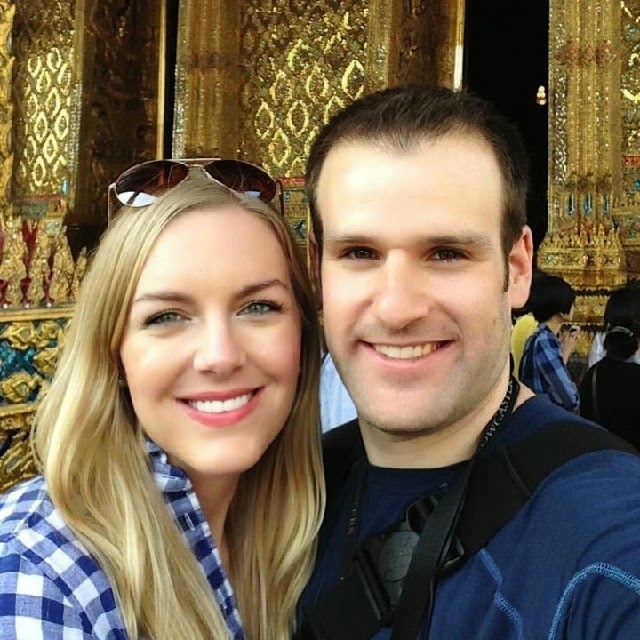 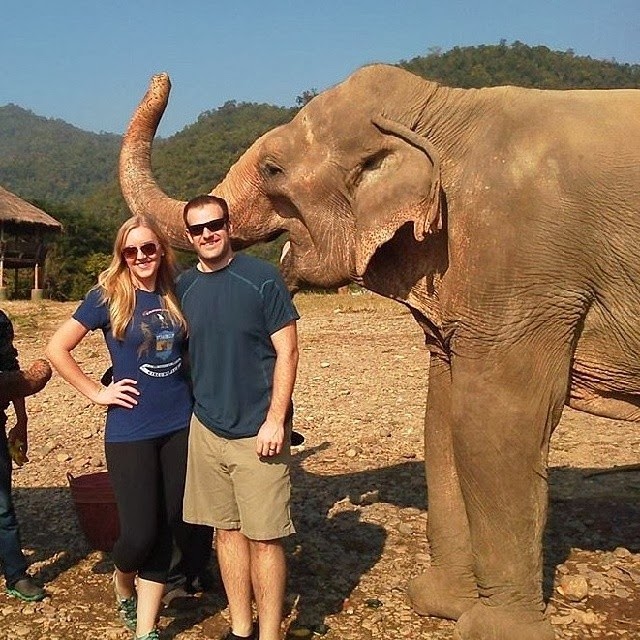 We are finally HOME from our trip to Thailand and we had an AMAZING time!
I took a bunch of pictures and am really excited to share them with you.
But for now, I’m still trying to readjust to West Coast time 🙂
(Which is a 15 hour time difference from Thailand!)
So details will have to wait until next week!


In the meantime, I thought it would be fun to share a few random thoughts about my impressions of Thailand while everything is still fresh in my mind! These are just a few things I noticed…

+In Thailand, they drive on the other side of the road like they do in the UK.

+The way people drive in Thailand is crazy! We took a lot of tuk tuks (which are basically motorized rickshaws) and it was nuts to watch all the cars, motorcycles, mopeds, taxis, and tuk tuks speed around and weave in and out of traffic. Not to mention that it would be pretty common to see 3+ people on one motorcycle! (Sometimes you’d see a whole family on one which was insane!)

+In Bangkok, a lot of the taxis are hot pink, which I thought was awesome!

+People in Thailand are super nice, however, most people seem to have very limited English skills. A few people we met spoke good English, but for the most part I was kind of surprised by how little English everyone spoke, especially given that Thailand is such a popular tourist destination.

+The weather was not nearly as hot as we were expecting it to be, and it was actually quite cool at night in Chiang Mai (which is in northern Thailand). Cam was thrilled that it wasn’t super hot/humid 🙂

+We did not see anywhere near as much of the sex-tourism stuff as I was expecting, which was a pleasant surprise. We had heard that there was a very seedy side to Thailand and I was expecting it to be more in your face and depressing, but we (thankfully) managed to avoid most of that scene. We did see some older white men walking around with much younger Thai women throughout the trip, but not nearly as many as I expected. With the exception of one part of Bangkok that we walked through, everything we encountered was pretty tame. (Not to say that this stuff doesn’t exist in Thailand, because I know that it definitely does – we just didn’t see a whole lot of it!)

+People also talk about how “ladyboys” (Google it if you don’t know what I mean) are really in common in Thailand but we only saw a few…or maybe we actually saw more and just didn’t realize it, ha!

+I found vendors at the street markets to be much less aggressive compared to other countries we’ve traveled to. At the markets in Turkey and Israel, if you so much as glance at something vendors are in your face telling you how they can offer you “best price!” whereas in Thailand, most of the vendors were more quiet and let you actually look. Granted, some vendors were more aggressive than others but I think that because Thai people are generally more soft-spoken it didn’t seem as intense.

+People are very polite and friendly in Thailand and greet you by saying ‘sawadee ka!’and touching their palms together and bowing their heads when you enter their business.

+Thai people like their food very sweet! Ice tea/coffee was all heavily sweetened and a lot of their savory dishes were on the sweeter side as they use lots of coconut milk in everything. But they serve some stuff really spicy too, which is why they ask when you order if you want it “tourist spicy” or Thai spicy! They eat lots of noodles, rice, and seafood but also eat way more curry than I was expecting. For the most part, all the food we tried was really good, however, I definitely think I enjoy the food in Europe more overall. Probably because there is no cheese in Thai cuisine. Whomp whomp.


+There are plenty of American chains in Thailand – they love 7-11 and have those everywhere, and then KFC, Burger King, McDonalds, and Starbucks were also pretty common.

+It’s true what they say about Thailand being very inexpensive. It only costs a couple dollars to get around in Bangkok/Chiang Mai and hotels are very very reasonable. Food, souvenirs, and massages are all dirt cheap as well, but things do add up just like in any vacation destination 🙂

+When it comes to religion in Thailand, 95% of people are Buddhist. There are incredibly ornate temples (which are called wats) all over the place and I was surprised by just how many of them there were. It was a common sight to see Buddist monks walking around, and there were special lines for them at airport security. It was really fascinating to observe that part of their culture and it really makes you aware that it’s a big world where people really do have a variety of different beliefs.

Overall, it was a really great vacation and I’m so glad we went! I included a few of my favorite Instagrams with this post, but if you’re interested you can see more here. I’ll be back tomorrow sharing some of my goals for the new year, and then next week I’ll have photos from our trip!


Hope everyone is having a great year so far! Happy 2014!